Party like it’s the 1920s: Vaudeville club to open soon 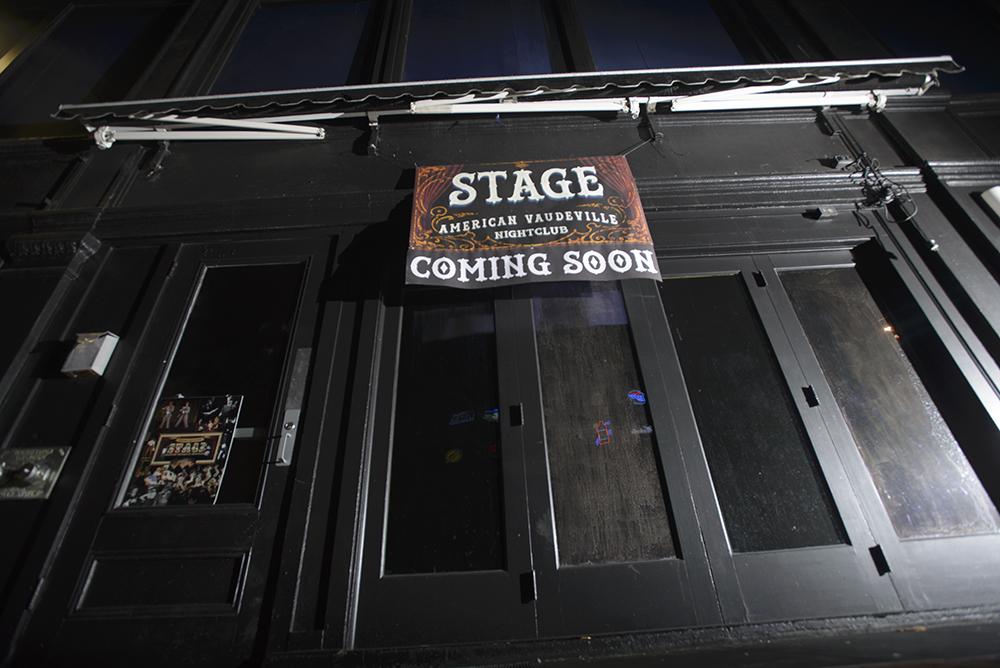 Stage Nightclub plans to transport guests to the early 20th century—the time of American vaudeville entertainment and nightlife. The pre-Prohibition era’s circus performances, burlesque shows, and comedy and theatrical acts will all find a new home at this upcoming venue.

The nightclub will be the first vaudeville-themed club in Boston, according to DirtyWaterNews, an online publication for bars in the city, and is still under construction between the Walker and Tufte Buildings.

Stage is the latest nightlife enterprise of Russ De Mariano, Ed Brooks and SJ Torres. De Mariano and Brooks are also founders of The Brahmin American Cuisine and Cocktails in Back Bay, and Red Sky Restaurant & Lounge in Faneuil Hall, which closed in 2012. Torres is the owner of Howl at the Moon and The Place Boston, both nocturnal hubs in the Financial District.

An open call for staffing was held at the venue on Oct. 21. A poster put up between Walker and Tufte solicited applicants for all staff positions, including managers, bartenders, servers, barbacks, and security.

The managing partner for the nightclub, H. Christian Gianaris, declined to elaborate on the club’s opening.

“The space is currently under construction and we are all very busy with contractor and employee issues,” he wrote in an email to the Beacon. “Also, it would be better for you to see the space once all construction is completed, it will help to explain exactly what our concept is and who we are.”

A student who went to the open call for staff positions, and asked to remain anonymous to not compromise her application, said that according to her interviewer, the club’s tentative opening date for the public is sometime around Thanksgiving.

Stage Nightclub will replace the previous club that occupied the space, The Liquor Store.

Some Emerson students recall The Liquor Store with less than fond memories. Isabella Pierangelo, a junior marketing communication major, said she went to the venue once this summer and described it as a “horrific” experience.

“It was huge space with not much in it except for one small bar, a mechanical bull, and a ripped couch,” she said.

Pierangelo described the place as being cheap and not very cool.

“I never really saw any lines at the door,” she said.

Junior journalism major Ivanha Paz said although she had never been to The Liquor Store herself, her friends told her it was a fun place.

“I’ve honestly heard more about The Estate than The Liquor Store,” said Paz, referring to another nightclub in the Boylston Place alley.

As for Stage Nightclub, both students said they were interested by the prospect of something new.

“I go to Venu a lot, and I’ve been to some other clubs in the area, and they’re all pretty much the same,” said Paz.

Pierangelo said she was excited for something different near Emerson.

“It doesn’t seem like the typical Boston nightclub,” Pierangelo said, “but [rather] something more in-depth.”