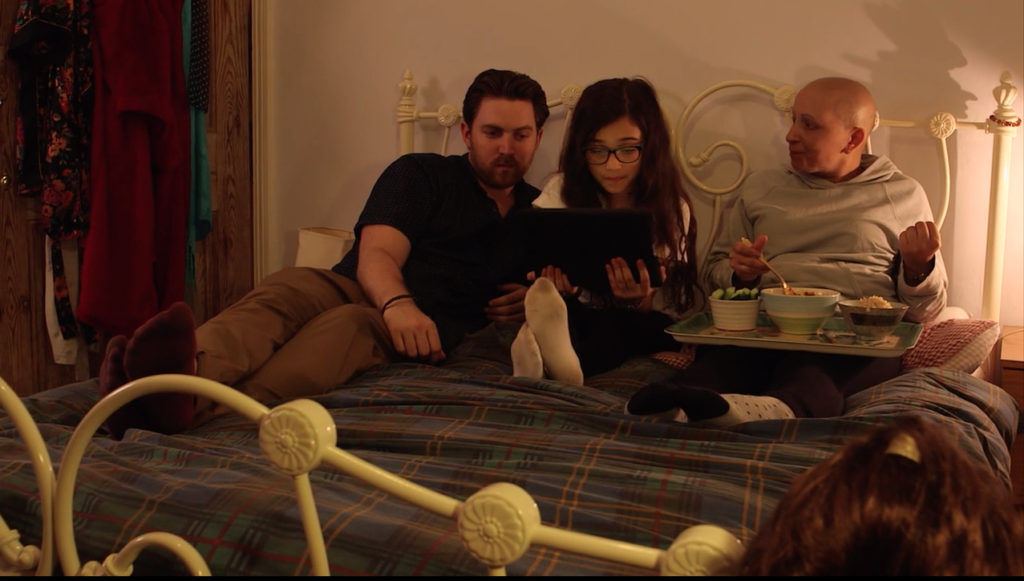 Pat Giguere ‘12 moved to London in 2015 for graduate school and found himself in an unlikely housing situation, which he then turned into a web series to fundraise for cancer research. (Courtesy of Pat Giguere)

For Kiren Lall, a mother and entrepreneur based in London, filming a web series created by Emerson Alumnus Pat Giguere diverted her attention from her battle with cancer.

Giguere ‘12, Lall, and her daughter Elise Lall Rothera play themselves in a series roughly based off of their real lives. The first season of the web series, created by Giguere and Benjamin Dujardin, was filmed in Nov. 2016 and contains six episodes ranging from three to six minutes. The comedic series chronicles the struggles the three faced while Giguere lived in London during graduate school and Lall struggled with breast cancer.

“I had just finished my treatment, I was feeling not great throughout all of it but it was actually quite good because it distracted me from myself,” Lall said. “It was a whole load of fun because the crew were brilliant and professional, and I learned a lot from it, in part because I had my house invaded by 20 people.”

Giguere graduated with a degree in visual and media arts, but found himself in London for graduate school in Sept. 2015 at the London Film School. After some difficulty finding a place to live, Giguere found a spare room through mutual friends and a former coworker at ESPN.

Giguere and Dujardin became good friends in graduate school, where they had the idea for the series. Giguere told Dujardin about an incessant banter between himself and Lall’s daughter that started the day he moved into the apartment.

“It’s based on real events, real people, and just being in that home which we portrayed on screen, with Pat, Kiren, and Elise, and experiencing that warmth and strange energy of them bickering like an old married couple except they were three different ages, I could tell there was something in this,” Dujardin said.

Profits from the YouTube channel are donated to the Cancer Research Institute. An additional fundraising page on CRI’s website has accumulated over $1,500. Right now, each episode has over 20,000 views.

While filming, Lall’s friend Penny was staying with her as she lived out her last few days after battling her own cancer. Penny had come to the city to help her daughter move into school. The filming process was quite taxing at points because the house was often filled with people and there were moments when silence was necessary on set.

“At the same time we were filming, my friend Penny was living with me, who actually had terminal cancer,” Lall said. “That was a tricky situation because she was sort of having her last weeks with us. That was a bit bittersweet, really. She was here and had to endure silence on set every few minutes and she was really patient given that she was so unwell.”

Lall said she worked with Giguere and Dujardin closely to make sure her experience with cancer was accurately portrayed in the series.

“I did give them quite a lot of feedback and knowledge about what was actually real and what people’s perception is of it and they were very happy to change stuff,” Lall said. “There’s a scene where we’re in the bathroom and I’m being sick and had started putting on weight. Most people think you get cancer and lose a lot of weight, but you don’t actually with breast cancer.”

Giguere said he cannot guarantee a second season, but they have an idea he thinks people will enjoy. Timing and finding funding to film are the biggest obstacles, he said.

“We would like to film at least one more season, and even just in real life Elise is getting closer to being a teenager so she’s very sassy,” Giguere said. “Her and Kiren came to visit me a couple months ago and the bullying has not stopped, so there’s a large well of material there with me being the punching bag.”

Giguere said he feels happy with the success of the series so far and hopes it reaches audiences the way he and Dujardin envisioned.

“It’s a quick and easy watch, you can watch the whole series in under a half hour,” Giguere said. “The show is trying to hit a balance between funny moments and heartwarming moments and I hope if people respond to the show it’s because of that.”