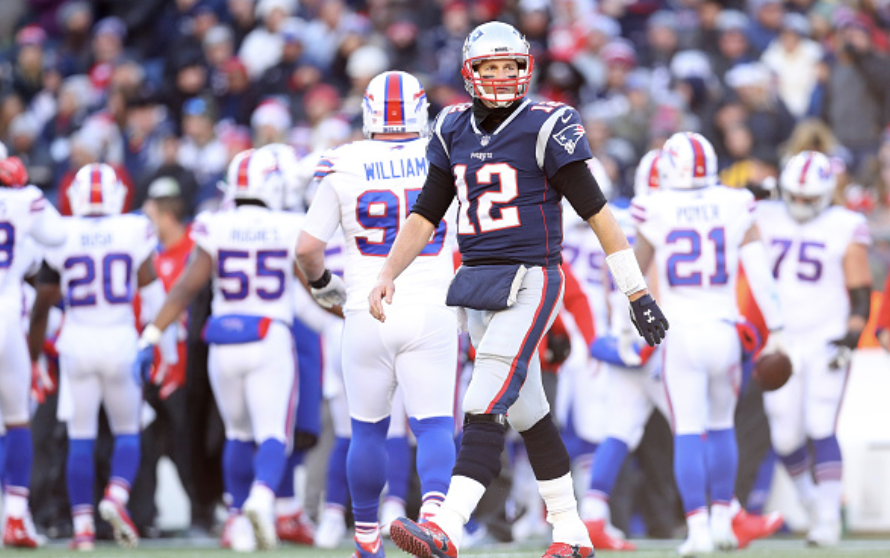 Though the Patriots defeated the New York Jets 30-14 on Sunday, the team played without multiple key players. Wide receiver Julian Edelman left in the second quarter with a chest injury and did not return. Edelman’s absence impacted the effectiveness of the Patriots’ offense, which only scored ten points after his departure.

The Patriots had other missing pieces on offense during Sunday’s game—including running back James White and full back James Develin, who was placed on injured reserve on Monday. Although White will return next week, Develin is not eligible to play until week 12 in late November.

Develin’s absence is devastating for the Patriots’ underperforming running game.

The team ranks 28th in yards-per-carry in the league, 20th in yards-per-game, and 29th in rushing plays longer than 10 yards. Develin plays a crucial role in run blocking, and his absence places even more pressure on an injury-prone offensive line that continues to play without left tackle Isaiah Wynn and center David Andrews.

Even without these key components, quarterback Tom Brady still had a successful game, completing 28 of 42 pass attempts for 306 yards and two touchdowns. Edelman had an outstanding first half with seven catches for 62 yards and one touchdown. The offensive line only allowed one sack and now ranks eighth in sacks allowed this season.

The Patriots’ passing game appears strong when Edelman, White, wide receiver Josh Gordan, and wide receiver Phillip Dorsett are healthy. The underproductive running game will not have an immediate impact on the team, especially during upcoming matchups against weaker opponents. Brady and the receiving core alone are effective enough to consistently put points on the board, but they will need their running game starting week nine when they begin their stretch of challenging matchups.

The Patriots defense remains immaculate. The defense has yet to give up a touchdown this season and has allowed the least total yards in the NFL. On Sunday, the Jets gained only 105 total yards and failed to convert a third-down. The Patriots sacked quarterback Luke Falk five times and picked him off on a deep pass that landed in the hands of safety Devin McCourty. The team shut down star running back Le’Veon Bell, holding him to 39 rushing yards and 28 passing yards.

Recent additions to the Patriots’ defense have made an impact already. Since returning to New England, linebacker Jamie Collins re-established himself as an integral part of the defense. Collins is the only player in the league with two or more sacks, interceptions, and passes defended. On Sunday, he recorded two sacks and 3.5 tackles for loss. Rookie defensive end Chase Winovich helped fill the void left by Trey Flowers with two sacks.

Next week, the Buffalo Bills will present the Patriots with their toughest matchup yet. The Bills also remain undefeated while giving up 15.7 points per game, ranking them fifth in the league this season. The Bills also faced weaker opponents in their first three games, but their defense is strong enough to challenge the Patriots offense.

Do not overlook this game as a potential upset, especially with the Patriots playing on the road for their third divisional matchup in a row. The team lost to a divisional opponent away from Gillette Stadium each of the past two seasons, and a strong Bills defense could extend the streak.