Patriots: Matchup against Ravens to define rest of season 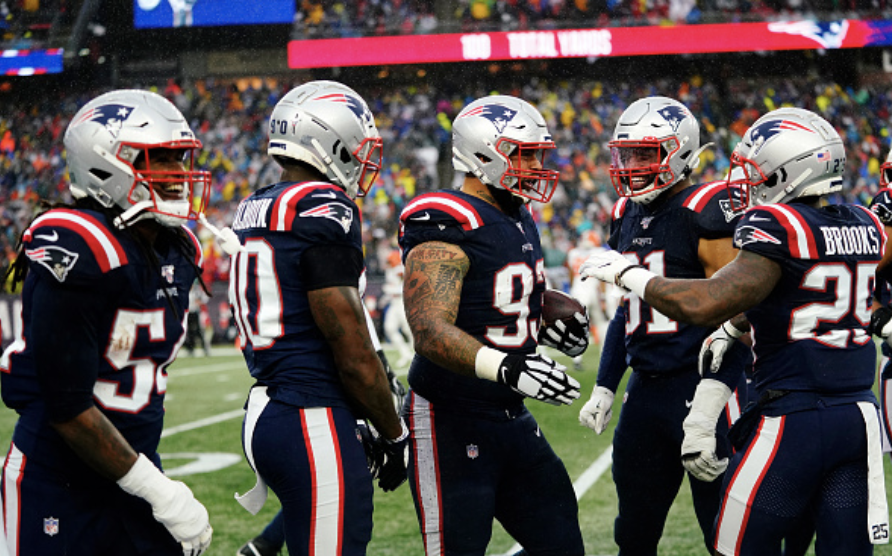 The New England Patriots begin a stretch of difficult games this week with a road matchup against the Baltimore Ravens, their most evenly matched opponent yet.

Through their first eight games, the Patriots faced only one team with a winning record, beating the previously undefeated Buffalo Bills 16-10 in week three. Their upcoming games will shine a light on the true strengths and weaknesses of the team as they face more challenging opponents.

Though the defense looked nearly perfect through the first half of the season, it allowed 131 yards to running back Nick Chubb and gave up a season-high 310 yards in last week’s 27-13 win against the Cleveland Browns. The defense followed a bend-don’t-break pattern, giving up most of the yards in the middle of the field but keeping the Browns out of the endzone. The Patriots’ defensive struggles against the Browns could lead to more issues against the Ravens.

The Ravens’ running game is electric, ranking first in the league with 204.1 rushing yards per game. Veteran running back Mark Ingram II ranks twelfth among running backs in the NFL with 470 yards. Ravens quarterback Lamar Jackson leads his position with 576 rushing yards this season. Jackson’s rushing statistics are similar to retired quarterback Michael Vick, who holds the record for the most rushing yards by a quarterback in a single season, with 1,039.

Despite their success running the football, the Ravens have not faced a team with a strong running defense. Their opponents allowed an average 137.5 yards per game, and four of them make up the worst rushing defenses in the league. The Patriots, who are ranked fourth in the league in average rushing yards allowed per game, are the Ravens’ first opponent to possibly threaten their explosive running game.

Patriots head coach Bill Belichick is known for his success against young quarterbacks, with a 19-5 record against rookies. When facing quarterbacks from the 2018 draft class, the Patriots allowed only one touchdown and 126 passing yards per game while forcing 10 interceptions. Belichick and the Patriots’ defense held Bills quarterback Josh Allen to 153 passing yards and 26 rushing yards in week three, and they have the capability to hold Lamar Jackson to similar numbers.

The Patriots struggle to get their running game into a rhythm every week, and with the Ravens ranking third in the league in average rushing yards allowed per game, they will likely rely on Tom Brady and the passing game. With the recent addition of wide receiver Mohammed Sanu to the roster, and the likely return of wide receiver N’Keal Harry this week, Brady will have a healthy receiving core for the first time since week six. Though the Ravens struggled defending the passing game in the first half of the season, their recent acquisition of former pro-bowl cornerback Marcus Peters could bring new life to their secondary.

The injury-plagued offensive line struggles to give Brady enough time during passing plays, causing him to throw incompletions and draw a league leading three intentional grounding penalties. Though the Ravens boast only 12 sacks, the tough and physical Ravens front seven will cause more disruptions for Brady.

This matchup is a game-changer for the Patriots. With so much confusion surrounding the actual strength of the team, this is the Patriots’ opportunity to prove themselves as the team to beat in the American Football Conference. The Ravens, however, are not afraid of the defending champions, and they are one of just two teams to beat the Patriots in the playoffs at Gillette Stadium. The Ravens are physical, tough, and capable of handing the Patriots their first loss of the season.