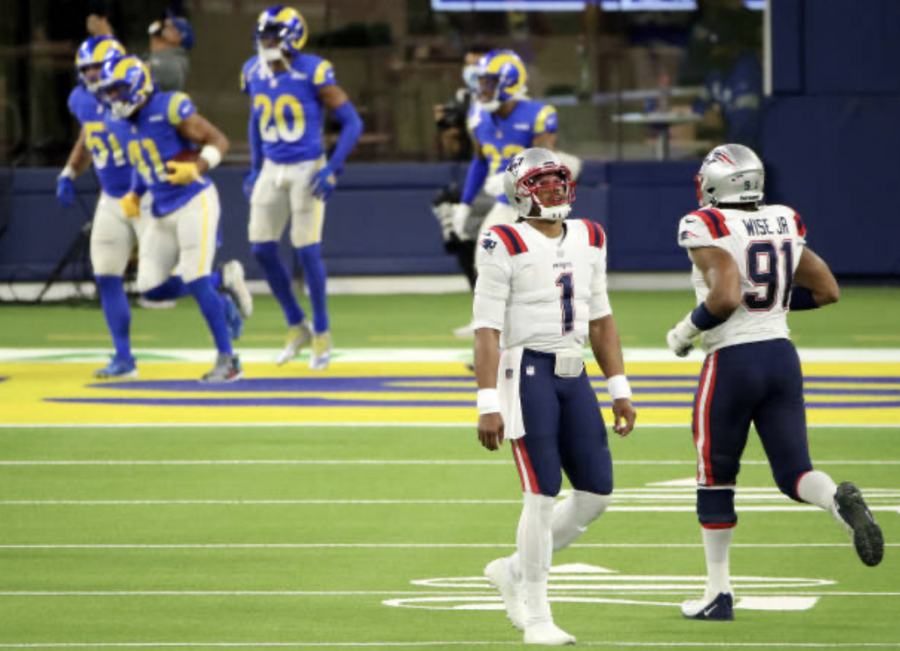 The New England Patriots flew out to the west coast hoping to increase their chance at a playoff spot with games against the Los Angeles Chargers and the Los Angeles Rams. If New England won both games, they would be in a much better position in the playoff hunt. Lose both games, and the Patriots would kiss the playoffs good-bye. The actual result? Stuck right in the middle between those two scenarios.

New England secured a win by shutting out the Chargers 45-0 on Sunday, Dec. 6, but got their momentum snuffed out by the Rams in a 24-3 defeat Thursday night. The win and loss put the Patriots record at 6-7 and significantly decreased their odds of making the playoffs.

To talk about the Patriots’ performances in those games, it was yet another example of one week the Patriots look like a playoff team, and the next week they get walloped and appear as a bottom-tier team. Against the Chargers, they made plays in all three phases of the game–causing two turnovers and scoring six touchdowns, including a punt return touchdown by Gunner Olszewski and a blocked Chargers field goal returned for a touchdown by Devin McCourty. But against the Rams, New England couldn’t even muster up a single touchdown.

Yes, the Chargers and the Rams are two different teams. The Chargers have only won three games with a young offense and a defense that won’t stop giving up points anytime soon. The Rams, on the other hand, are primed for the playoffs at 9-4 and wield a squad that’s in the top 10 in both total offense and total defense.

You can say that it was expected of New England to beat the Chargers then fall to the Rams, but it is still frustrating for Patriots fans to see the team not capitalize on winning both games. Even before the Rams loss, every game left on the Patriots schedule was considered must-wins. Losing at this time of the year is simply not good timing–– and the Patriots know that too.

“There’s no easy answer other than we got three games left,” said Devin McCourty in the postgame press conference following the Rams game. “The goal is still the same; try to win the remaining three games.”

You got that right, Devin. Along with hoping you get the right dominoes to fall New England’s way.

There is still a path for the Patriots to make it to the playoffs. First off, they would of course need to win out their last three games against the Miami Dolphins, Buffalo Bills, and New York Jets. Miami and Buffalo are likely to be tougher tests with Miami currently 8-5 and Buffalo 10-3 while the Jets are just waiting for the NFL Draft to start with being 0-13 on the season so far.

Along with having to win out, the Patriots would need more assistance with other teams losing their games like Miami, the Indianapolis Colts, and the Baltimore Ravens just to name a few. In other words, the playoff path for New England is like that meme of Zach Galifianakis seeing all numbers and symbols in “The Hangover.” It’s technically possible but wicked hard to understand how the Patriots are going to pull it off.

Who knows, maybe those chess pieces will move New England’s way, maybe they won’t. Either way, the Patriots are making it more difficult for themselves in punching their playoff ticket, and they’ll either be on the train heading off to the wild card round or be stuck at the train station like the rest of the teams who’ve been eliminated from the postseason.