Patriots: Saying goodbye to a hero 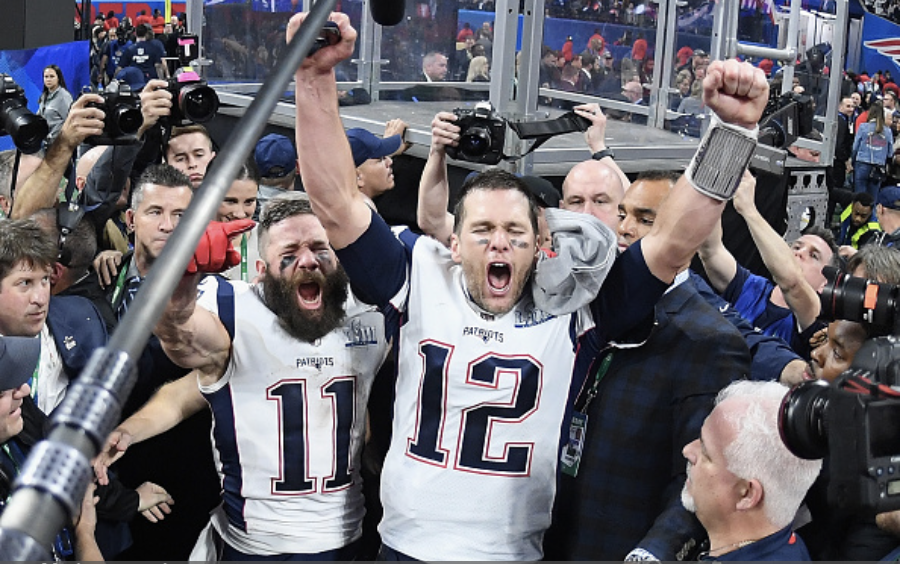 I’ll always remember the game that got me hooked on football. On Jan. 10, 2015, the New England Patriots battled the Baltimore Ravens in a dramatic AFC Divisional matchup. This game is still one of my all-time favorites, as the Patriots overcame two separate 14-point deficits.

This playoff game kept me on my toes. My family and I anxiously watched each play with no clear idea of who would win. I remember watching quarterback Tom Brady and company charge down the field in the fourth quarter, ending the drive with a 23-yard passing touchdown to wide receiver Brandon LaFell–my first time watching one of Brady’s infamous game-winning drives.

Since this game, I have witnessed numerous comebacks led by Brady. These dramatic, nail-biting matchups kept my heart pumping, boosting my adrenaline a little more with each snap. No matter what situation the Patriots found themselves in, I always trusted him to pull out the win. When he executed the unexpected, it gave me a unique feeling of immense relief and excitement.

Brady played as a member of the New England Patriots for every single day of my life, until this week. I have never known a time without him as the face of New England.

On Tuesday, the 42-year-old quarterback announced he would not re-sign with the Patriots, ending an incredible era that brought in six Super Bowl championships and 17 division titles. On Friday, he signed a two-year, $59 million deal with $50 million guaranteed with the Tampa Bay Buccaneers, NBC Sports reported.

The Patriots drafted Brady with the 199th pick in the sixth round of the 2000 NFL draft–one month before I was born. He arrived in New England as the guy with a chip on his shoulder who worked for every snap he played. Now, he leaves a hero.

Watching Brady perform marvels on the football field allowed me to connect with my family on a deeper level, especially with my dad. I remember watching the intense AFC Championship matchup against the Kansas City Chiefs in 2019. When Brady led the Patriots to an overtime win, my dad and I embraced each other and jumped all around the living room. All of the times I felt on top of the world are because of Brady.

I feel incredibly lucky to have grown up during Brady’s time in New England. Before he arrived, the Patriots embodied, as my dad always said, the laughing stock of the NFL. The Patriots never found their franchise player to lead the team to a championship. Patriots fans thought they found that in quarterback Drew Bledsoe, as he led the team to its second Super Bowl in 1997, ultimately losing to the Green Bay Packers by a score of 35-21.

Brady entered the Patriots organization as a nobody, starting his rookie season as a third-string quarterback. He received his golden opportunity when Bledsoe went down with an injury in 2001, during a matchup against the New York Jets. That season, he accomplished what Bledsoe couldn’t—bringing the Lombardi Trophy to New England for the first time.

There will never be another era like Brady’s time in New England. He took the franchise through a massive roller coaster, with dramatic victories and devastating losses. But above all, he gave Patriots Nation something to root for. He gave me priceless memories that connected me with my family, Boston, and fans across the country. Brady was our guy.

I always imagined I would say goodbye to Brady when he retired as a Patriot. Not like this. I never anticipated his departure like this as it does not reflect the player I know. While this goodbye is far more bitter than sweet, I will always see him as the guy with the chip on his shoulder, the guy who plays to win.