Peering into the U.S. election from the Dominican Republic 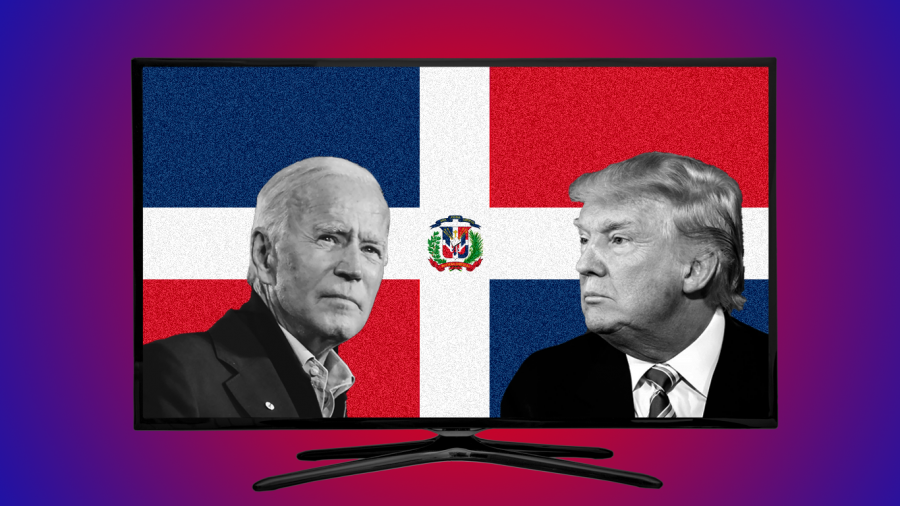 For Hispanic men who support Trump in the states, there are shared traits. They are proficient English speakers, they share similar economic ideals that include record unemployment and entrepreneurship, and they consume the same kind of media.

Tension is in the air on Election Day. Even across the world, people are anxious to know what lies ahead for the United States and how it will affect them for the next four years.

Here in the Dominican Republic, where I have lived my entire life and am currently quarantining, the atmosphere hours before the election feels desperate at best. People who normally laugh at the proceedings of American politics now hastily look at the polls.

With the country’s new president, Luis Abinader, there have been several public endorsements for the Trump administration. After current business deals between the Trump organization and Dominican resorts and Abinader hiring Trump’s private lawyer Rudy Guiliani, support for the president surfaced. Recently, someone put up a sign on a well-known avenue in the capital Santo Domingo that reads “Dominicans Stand with Trump”.

But there is a much more fundamental feature to Trump’s support amongst Hispanic and Latinos in general, and that is his appeal towards men. Of the 30 percent of eligible Hispanic voters who say they support him, 42 percent are men. His macho appeal and “unapologetic nature” are seen as a sign of strength and superiority amongst this demographic.

“To them, the macho allure of Mr. Trump is undeniable,” according to a New York Times’s story that covers Hispanic males and their support of Trump. His forceful nature makes him seem invincible, and to many of these men, his stance on the COVID-19 and his disdain for masks resemble his “toughness”.

Many Dominican men who reside in the DR believe the current president benefited the country immensely. Management consultant and public policy expert Jonathan D’Oleo publicly announced his support for the current president in August of this year. In the well known Dominican paper “Listin Diario,” D’Oleo proclaimed that Trump is a friend to Latinos who “once crossed the border in search of a system of law and order where faith and family are protected and respected as the bulwarks of society,” and that he has done more for the Dominican economy than any other U.S. presidents in history.

For Hispanic men who support Trump in the states, there are shared traits. They are proficient English speakers, they share similar economic ideals that include record unemployment and entrepreneurship, and they consume the same kind of media.

Many of these men do not want to see themselves as oppressed or pitied, and advertisements from Biden’s campaign that focus heavily on the way the Trump administration has targeted Latinos do not resonate with them. Similarly, it’s been noted in a survey conducted by the Times, that Hispanic men “are more likely to prioritize jobs and the economy and less likely to be concerned about immigration and racism.” NBC News finds that Latinos who witnessed economic oppression in Latin American countries especially find comfort in Trump’s economic rhetoric. This mentality can seep through in the Dominican Republic where more than a third of the population lives on less than $1.25 a day.

Virgilio Vidal, a Dominican resident and owner of the restaurant “Don Pinchos,” supports Trump’s reelection. When I had a conversation with him, he said, “First, because I am naturally conservative, second because as a Dominican, I face the same thing as the Americans with Mexico, with Haiti. If I said otherwise, I would be lying.”

Vidal is referring to Trump’s tough approach on undocumented immigration, and how, according to him, Trump’s campaign advocates for “nationalism and sovereignty”—two qualities he values.

The Dominican Republic has a long history of systemic racism divided between “anti-Haitians” and “pro-Haitians.” Many Haitians migrate to the Dominican Republic to escape poverty in Haiti, where in 2003 alone 80 percent of all Haitians were impoverished. After the 2010 earthquake struck Haiti, the number of immigrants doubled to two million, most of whom illegally crossed after the border opened for international aid.

In 2013, the Dominican State invalidated the immigration status of hundreds of thousands of Haitians and set a deadline on June 17, 2015 for affected people to leave the Dominican Republic. In addition, nighttime “bandits” started threatening them with violence and deportation. Since then our country has seen much debate on how the immigration process should be handled and has led many Dominicans to “admire” the current US administration’s stance on immigration.

According to Vidal, before the pandemic, the U.S. had the best economic period under Trump’s leadership it had seen in ages.

I wondered as to whether racist rhetoric mattered to him or even held weight when discussing the economy. Without hesitation, he said, “No.”

Vidal’s wife, who sat next to him, wondered whether the rumors of Trump’s pedophilic acts or his treatment of women had any factor in his opinions. Vidal simply stated that while he did not agree with those sentiments, it doesn’t change his opinion on the Trump administration.

For Hispanic men who support Trump’s presidency, his rhetoric can be a main contributor to this decision because it resembles power and strength. But for others, it’s not about who he is but what he represents.

For a lot of Hispanic male Trump supporters, it’s easy to overlook his xenophobic or racist comments because they put more weight on the economy. And if you’re a native in a country like the Dominican Republic, chances are his immigration policies agree with you. Overall, Latino and Hispanic men who are eligible to vote in the U.S. have more say on the outcome of this election, but sometimes their opinions cross borders.

A record 32 million Hispanics are projected to be eligible to vote in 2020, making up 13 percent of all the country. In an earlier survey this summer, Latino voters said the economy, health care and the coronavirus outbreak were three of the most important issues on their ballot.

Only about three in 10 Latino voters say they are confident that Trump can handle the health impact of the coronavirus outbreak, but 44 percent are confident that Trump can make good decisions about economic policy. Hispanic male voters have a more positive view of the nation’s economy than Hispanic women voters, 34 percent versus 23 percent. But one thing is certain: Latino voters are ‘fearful’ about the state of the nation.

Shannon Garrido is a journalism major from the class of 2024. If you would like to respond to this thought piece in the form of a letter to the editor, email Letters@BerkeleyBeacon.com. Letters may be edited for style and clarity.