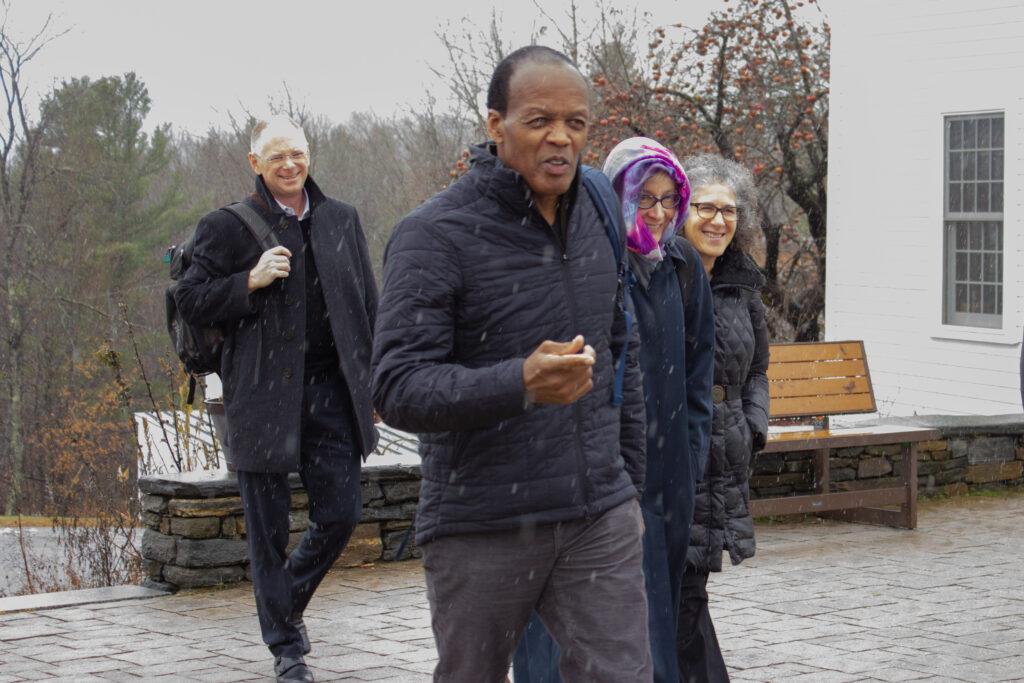 This is an ongoing story. Check back later for updates

Emerson College President M. Lee Pelton arrived on the Marlboro College campus Wednesday at 11:30 a.m. for his first visit since the Boston institution announced the acquisition of the small liberal arts school in Vermont.

Pelton said he and the senior administration plan to meet privately with Marlboro College President Kevin Quigley and Marlboro faculty before Town Meeting. There, he will deliver a speech to the community and field questions from students, staff, and faculty.

Pelton’s only prior visit to campus was in summer 2019 when he came for the Marlboro Music Festival which is held on campus, Quigley said.

Vice President and Dean of Campus Life Jim Hoppe is seeing the Marlboro Campus for the first time.

“It’s beautiful here,” Hoppe said. “I just wish it was clearer out.”

Town Meeting is a weekly forum of the Marlboro campus and the surrounding townspeople, where the community makes recommendations to the college through Selectboard, a group of Marlboro students and faculty who get elected to lead the meeting.

The merger between the two colleges includes tentative plans for Marlboro College to donate its $30 million endowment to the Emerson College Liberal Arts and Interdisciplinary Studies program. Emerson will also acquire the Vermont campus, valued at $10 million.

Marlboro students previously raised concerns surrounding future plans for the Potash Hill campus and the degree to which they would be able to participate in any decision making.