Person of Color Column: From majority to minority 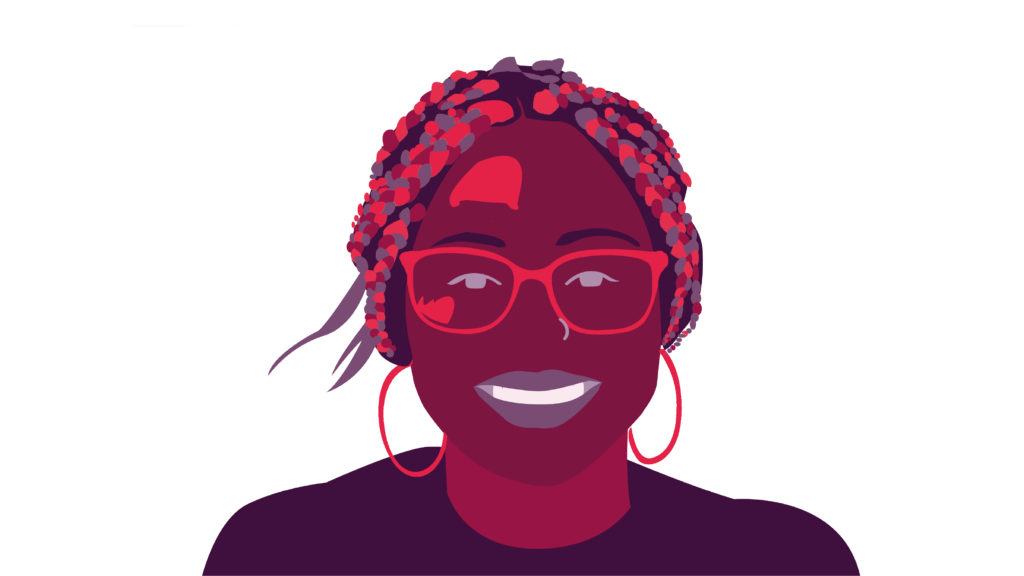 As I was eating lunch one afternoon, my half-Latina friend asked me a question I’ve been waiting to hear since enrolling at Emerson: “Is that your real hair?”

It comes as no shock to me that this friend or any other Emerson student might ask me this question at some point. I am, after all, a person of color attending a predominantly white institution. I prepared myself to go into the full spiel—an explanation of black hair and the natural hair process.

“You have box braids, weaves, tree braids, cornrows, and what I’m wearing—faux locs,” I rambled on. “They’re called protectives styles.”

My friend nodded every few minutes and continued asking questions—“What are tree braids?” “What does your real hair look like?” “If your hair isn’t natural, then what does it look like?”

I’ve never needed to explain my hair to someone before. All my life I lived in Lithonia, Georgia—a bubble of black people. Lithonia, a suburb of Atlanta, has an African-American population of 84.3 percent. Caucasian, Hispanic, and Asian people make up the remaining 15.7 percent—a surprising feat considering I rarely saw a white or Latinx person before arriving at Emerson.

Lithonia not only existed as a home for many black people, but also as a hub for our culture. Nail salons, beauty supply stores, wing restaurants, hair and barber salons, and convenience stores lined almost every block and catered for black people’s needs. I never traveled far if I craved an Arizona Tea, or if I needed Kanekalon hair for getting box braids at my hair appointment. I never felt out of place in Lithonia. How could I? I was in the majority.

When I arrived at Emerson last September, the feeling of being of the “majority” quickly wore off. During the first hall meeting of the semester, I noticed I was the only black person in my suite. I knew Emerson had a small black student population, but at a school that strives for diversity, I didn’t know I would feel isolated from the rest of the community.

Not only am I at an institution where white students represent 56 percent of the school’s population, but I also live in Boston, a city where African-American people make up 31.5 percent less of the population than where I grew up. However, the demographic difference is only one aspect of the problem. Boston culture largely does not include black cultural representations, such as nail salons and beauty supply stores. Because of this, I struggled to adjust to this new cultural and racial environment.

A type of vulnerability manifests when I notice I’m the only black person in a classroom. I feel as if everyone stares at me, wondering why I’m there. At my high school, Dekalb Early College Academy, minority students made up 99 percent of enrollment, with 91 percent being African-American, according to U.S. News. I became accustomed to the familiarity of going to a school with black people. But at Emerson, where classrooms are filled with one, two, or sometimes zero black people, I struggle to feel a sense of belongingness.

To adjust to college, I joined Emerson’s Black Organization with Natural Interest, or EBONI. EBONI is a safe place for black people where we can relate to and share the struggles of being black at a white school. I wanted some resemblance of home, and I thought EBONI would be my saving grace. At EBONI, I feel in the majority again, even if only for two hours a week. But two hours a week can’t help me escape my reality at Emerson. EBONI helped me make friends and get in touch with my culture, but it hasn’t helped me shake the uncomfortable feeling of being black in a white space.

Recently, I read a Teen Vogue article titled, “What It’s Like to Be Black at a Predominantly White School,” because I hoped to understand how to adjust to Emerson’s white community. The article gave me insight on how to deal with racist experiences and how to navigate different cultural boundaries. It taught me that Emerson will be what I make of it. At Emerson, I will never attain the same familiarity and comfortability I feel at home, but I can strive toward building a community that gives me the comfort of being in college.

Though my current community does not reflect the culture of Lithonia, it is still a diverse blend of different ethnicities, religions, and identities. Emerson College made me uncomfortable, and that is not a bad thing. Being uncomfortable has helped me become accustomed to my new cultural environment. Sometimes I wish I attended a school where black people make up the majority, because I crave an environment similar to my hometown. But the reality is that I attend a school where black people represent 4 percent of the school’s population, and I couldn’t be happier.