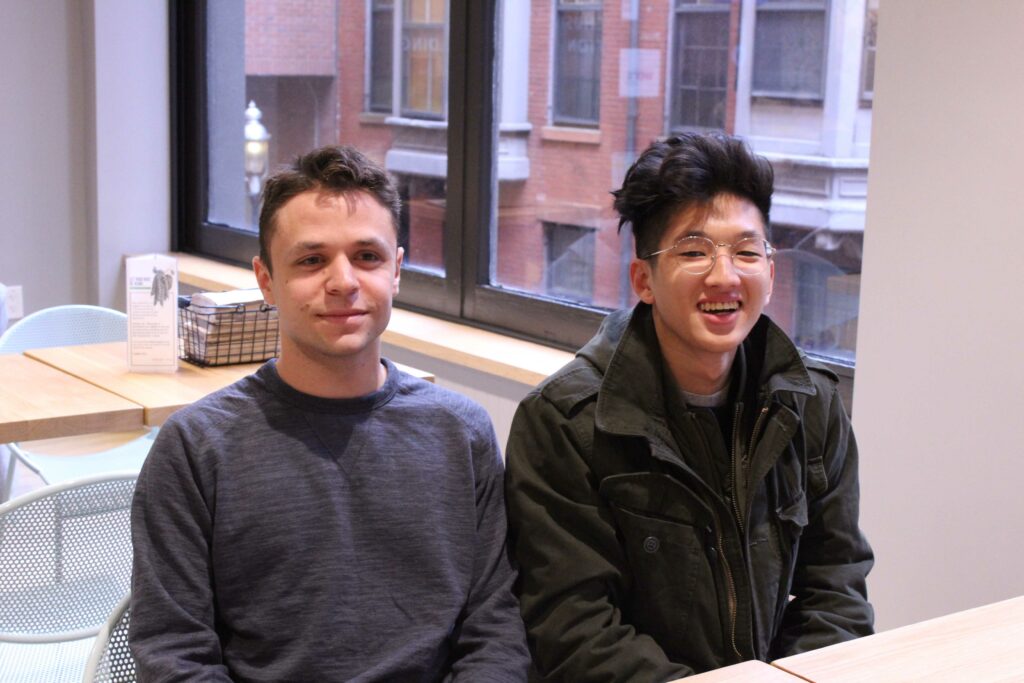 In the early 2000s, Phi Alpha Tau active brothers often met at Dr. David Brudnoy’s apartment to listen in on his WBZ radio show and meet his guests.

Brudnoy, a broadcaster since 1971, battled HIV in the 90s and broadcasted the show from his apartment. The tradition of brothers attending his show continued until Brudnoy’s last broadcast on Dec. 8, 2004, where they listened to him go live from Massachusetts General Hospital, where he died of cancer the following day.

The fraternity has paid homage to Brudnoy every fall since 2007 by hosting the Dr. David Brudnoy Memorial Award Gala in his memory. The fraternity held this year’s gala Friday, Nov. 8 at 7:30 p.m. in the Lion’s Den.

Each year, the fraternity selects someone from Boston who helps further the communicative arts to honor with the award. This year’s recipient is Police Commissioner William Gross due to his work as police commissioner of Boston and his career spanning over 30 years.

Vice President of Phi Alpha Tau and junior Joshua Sun explained how past members who knew Brudnoy believed their presence and support affected him and his health.

“I think David felt revitalized by being around college kids and being able to mentor them,” Sun said.

Brudnoy identified as a gay man, and the fraternity commemorates his battle with HIV through the Dr. David Brudnoy AIDS Fund at Mass General Hospital. The gala raises money for the fund to be used for AIDS research.

Abraham Speck, a member of the fraternity and co-chair of the gala and award committee, explained the reasoning behind choosing Gross for the award.

“Being the first African American Boston Police Commissioner, that’s obviously a big feat and an important milestone for the entire city,” Speck said. “That’s a big accomplishment that we look up to.”

Speck also explained how pleased he was with how the event turned out and how happy he was with the choice to recognize Gross.

“We’re excited that all the work went towards honoring [Gross] because it was a lot of work and we’re happy that someone so deserving is getting the award,” Speck said.

The gala featured speeches from Mass General Hospital representative for AIDS Dr. Gregory Robbins, a friend of Brudnoy, and Phi Alpha Tau brother and senior Jacob Bush, who read a letter from Jack Armitage, one of Brudnoy’s friends. Gross also attended to accept the award and speak about the fraternity.

“To see young men like you, and our senior advisors too, it just restores faith in humanity in this day in age where everybody seems to have a problem with everybody else,” Gross said.

Some of the award’s past recipients include former Mayor of Boston Thomas Menino and WGBH journalist Jim Braude.

Aside from the gala, Phi Alpha Tau also regularly hosts fundraisers with Blaze Pizza and Chipotle where proceeds go to benefit the fund. They raised about 600 dollars during the week of fundraising.

“Dr. David Brudnoy is just a huge figure in our fraternity,” Sun said. “He meant a lot to the actives who were present in his time and he has had a lasting effect on us as [members]… he was the perfect Tau.”