Photos: A night of unrest in Boston 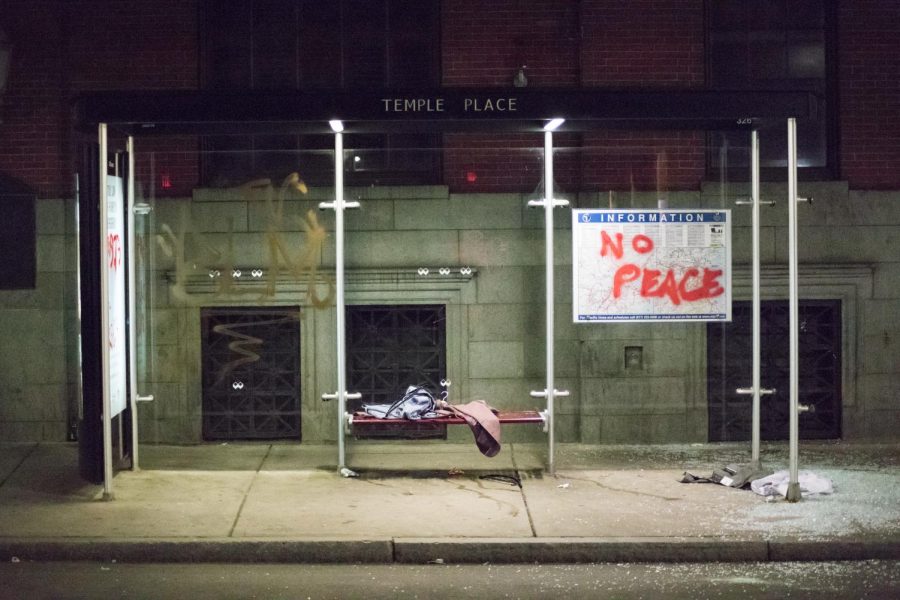 The Temple Place bus stop sat quietly after the protesters were pushed onto Tremont Street.

By Stephanie Purifoy and Lizzie Heintz

Thousands converged on the State House in Boston Sunday evening for a peaceful protest over the killing of George Floyd, a Black man from Minneapolis by a white police officer. The protest in Boston erupted into chaos, violence, and confusion, turning the streets around Emerson’s campus into a war zone.

Protesters threw water bottles and rocks at police, prompting them to fire tear gas and mace into the crowds. A police cruiser was set ablaze on Tremont Street. Dozens of stores in Downtown Crossing were lotted after protester smashed their windows.

A Boston Police spokesman was unable to provide any information on how many were arrested or injured in the clashes that lasted until late into the night. The National Guard was called in soon after 10 p.m. and Emerson put out two different warnings to students.