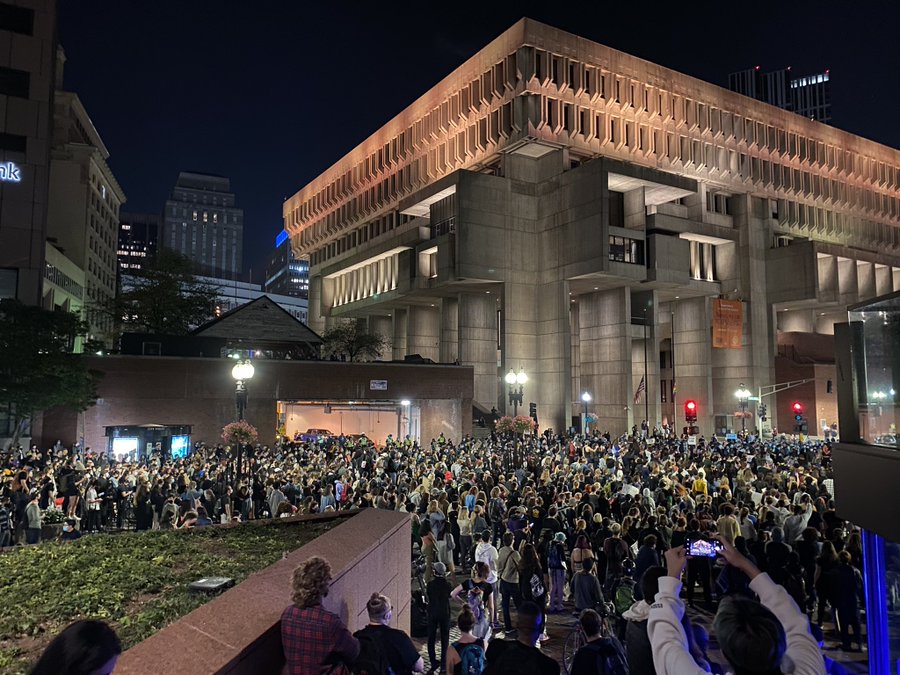 By Lizzie Heintz and Katie Redefer

Protestors marched by Nubian Square, Boston Police headquarters, and the Theater District Friday evening before landing at Boston City Hall. The demonstration was held to commemorate and demand justice for Breonna Taylor, the Louisville, Kentucky woman shot in her home by police officers in March. A grand jury indicted one ex-officer for endangerment after recklessly firing a gun in the direction of Taylor’s neighbor. No officer was charged for her death.

The march remained peaceful, despite heavy police presence around the Boston Common and Tremont St.