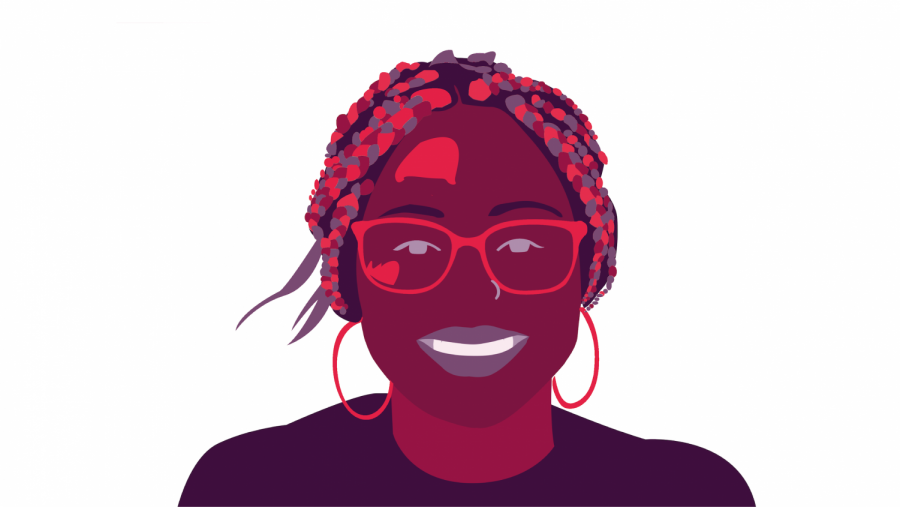 "It’s sad, really, that I’m numb to these things. So numb that when I saw the video of George Floyd’s murder, I didn’t feel surprised, angry, frustrated, or sad."

I once had a small, insignificant, ten-minute conversation with my high school friend Kelis that my mind will never let me forget.

One day, Kelis walked into a Georgian Nordstrom to window shop, and a white sales associate approached and repeatedly asked her if she needed anything. Kelis told them no and kept browsing. After ten minutes, Kelis looked up and found the same associate staring at her, scrutinizing her every move. It became apparent that as a young, 17-year-old Black woman, Kelis was being followed for browsing clothes. She immediately left and didn’t say a word to the associate as she passed.

When I heard this story, I laughed—not because it was funny, but because instances like this are so common in my community. It’s like drinking a cup of coffee when you wake up in the morning. I was numb to Kelis’ experience being racially profiled because I’ve heard so many like it. If I walked into a Chanel store, I wouldn’t be surprised if I noticed a store associate peeking at my movements every five minutes.

It’s sad, really, that I’m numb to these things. So numb that when I saw the video of George Floyd’s murder, I didn’t feel surprised, angry, frustrated, or sad.

There’s no words I can write that will encompass what I felt. When I saw a white police officer, with a casual and unemotional demeanor, kneeling on a Black man’s neck while he pleads for a breath of air, I was reminded of a feeling. Floyd’s murder reminded me that Black people are “inferior” to whites—an inferiority so great that their knees are pressed against our necks, crushing our windpipes, and rendering us incapable of doing anything other than cry to our moms and pray this isn’t our last few moments on this earth. But this execution is not new.

Do you remember these names like I do? I can never forget. These quotes, according to Seven Last Words, are the last words of four victims of police brutality. But let’s not fool ourselves into thinking that there are just four victims; there’s more than just five, ten, or even a hundred. Black people make up roughly 13 percent of the population, but are 2.5 times more likely to be killed by the police than any other race.

But it’s not just the police that have killed us.

Remember lynching? Let’s not forget about another threat against Black lives. The National Association for the Advancement of Colored People states that 4,743 people were lynched from 1882 to 1968. 72.7 percent of those lynched were Black. How many lynchers were prosecuted for their hate crimes? Oh wait—lynching wasn’t considered a hate crime until February 26, 2020 when the House of Representatives passed the Emmett Till AntiLynching Act, which made lynching a federal hate crime. It took over a century for justice to be served. And while this is a step towards justice for Blacks, we’re still waiting.

We’ve been hunted for decades, generations, and even centuries. Each time, we fight, scream, and shout just to be seen and heard. We ask for human decency. We ask for equality. And the conversation always shifts to something else.

It’s always the same rhetoric. It’s so easy to blame the victim when he can’t defend himself, but when does responsibility ever lie on the police? Why is the victim’s past brought up in court rooms to determine his right to live? I never knew not graduating high school was an indicator my life wasn’t valued or worthied.

I see how people on Instagram and TikTok are surprised that the police treat African American men much worse than white people or even Black women. And when listening to comments I wonder, “How could you have not known?” There’ve been so many incidents before George Floyd, before Ahmaud Arbery, and before Breonna Taylor.

Have you not seen the vicious 24-hours news cycle depicting the tragedies of Laquan McDonald, Tamir Rice, Philando Castile, and so many others? Their deaths were shown repeatedly on networks like CNN, FOX, and NBC. My Black brothers and sisters watched these men’s last few moments, wondering and waiting when our time would be next.

So I ask, dear white people, where were you before George Floyd died? Were you outraged like I was? Were you so angered by the brutalities passing you by left and right as justice failed to be served, swallowing up your emotions, leaving you empty and hollow inside?

It may be news to you or for another white person thinking America is truly a post-racial society. But for me? For my family? My people? This is our reality. So what do you want me to say? That this is wrong? I know it is. That this is injustice? I know that too. I don’t have much to say because what else is there to say? I’ve explained so many things in so many different ways that if you don’t understand now, I’m not sure you ever will.

So, dear white people, here are my questions to you:

But most of all, do you hear our pain? See our pain? Feel our pain?

I hope you do now.