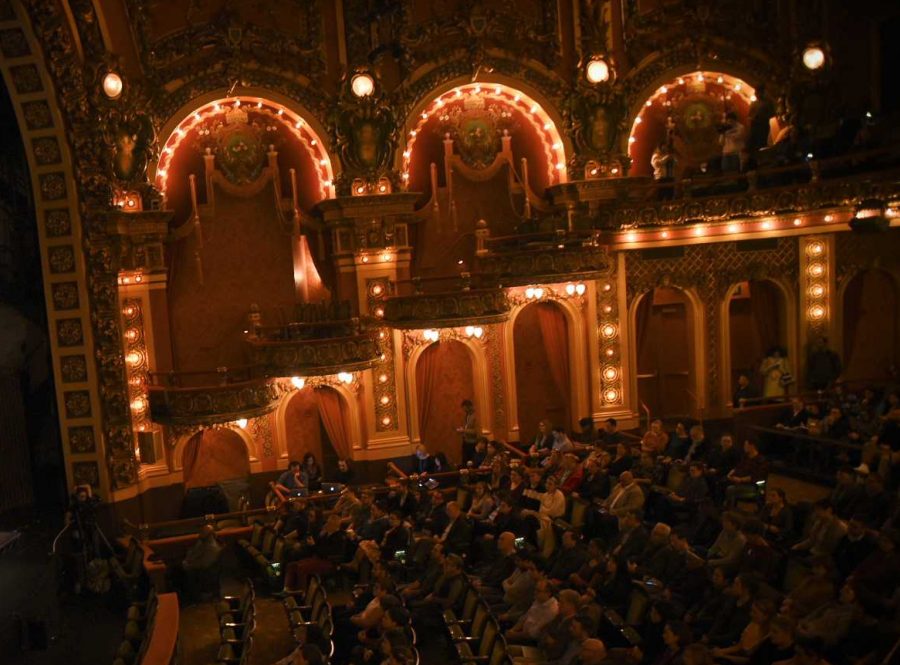 Podcast hosts Autumn Brown and Adrienne Maree Brown sat on either side of their friend Toshi Reagon to discuss the end of the world.

On Dec. 2., ArtsEmerson and the Office of Intercultural Student Affairs held a live recording in the Cutler Majestic Theatre of “How to Survive the End of the World,” a podcast created and hosted by the Brown sisters. Reagon came on as a guest.

Tamia Jordan, director of the Office of Intercultural Student Affairs, approached the Brown sisters in February 2019 about recording their podcast live at Emerson. At first, Jordan received an answer from their representatives stating that the sisters were too busy. Yet, after hearing the live recording the Brown sisters did at Brown University in April, Jordan contacted Autumn Brown directly through an email she provided at the end of a podcast episode—this time, Jordan got a better response.

“The hardest part was probably timing—other obstacles just removed themselves out of the way after we decided on a time,” Jordan said in an interview. “But I knew we were going to make this happen because the work ethic of both Autumn and Adrienne is rooted into their sisterhood.”

Eliana Ulloa opened the event as the emcee. They introduced David Dower, artistic director of ArtsEmerson, and then welcomed SkinTones, Emerson’s person of color a capella group, to perform a number on stage.

Following the performance, the Brown sisters and Reagon walked on stage, introduced themselves, and discussed the reality of a climate change apocalypse and how humanity can prevent or survive it.

“We are choosing to go extinct,” Adrienne Maree Brown said during the live recording of their podcast episode. “We aren’t victims. We are choosing our future.”

The Brown sisters initially started working independently, but merged their activist and creative work to collaborate on projects such as the podcast. When a Detroit radio producer approached Adrienne about her work, she realized the podcast should be co-created by her sister.

During the live podcast recording, the Brown sisters instructed the audience to partake in an exercise where they imagined themselves four years into the future and thought about how they could contribute to making the world a better place. After every audience member had an answer, they broke into pairs and talked about their ideas.

Ademir Monteiro, a sophomore performing arts major, attended the live event to support his friends who participated in SkinTones’ performance.

“The idea of thinking about what hard decision I have to make in the next four years was probably the most interesting part of the event because the way they talked about it was very capativing and just wonderful and interesting to listen to,” Monteiro said in an interview.