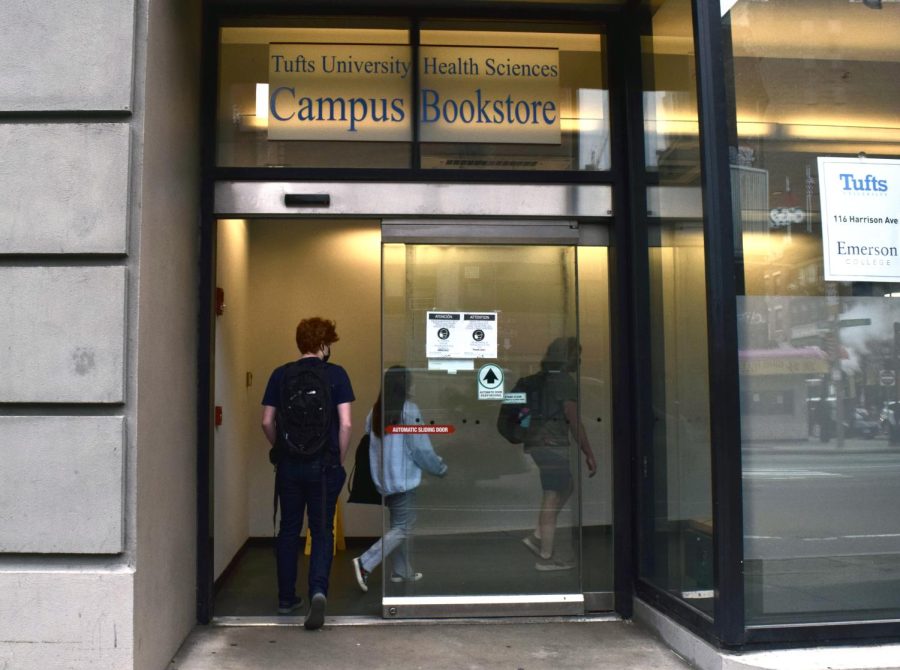 A week after Emerson’s shift to a pooled testing model for all community members, students have expressed mixed reactions to the new model—questioning its safety and accuracy.

The decision to switch to a pooled testing model came as a result of a desire to alleviate the cost of testing—Emerson spent $5 million on testing during the 2020-21 school year—amid lower positivity rates on campus. The switch also contributed to a lower environmental impact, according to college officials.

To some, the advantages of the method outweigh the inconveniences.

“Though pooled testing is not the most efficient, if it saves money and the environment, I think Emerson should continue with this method,” said Sofia Servizio, a first-year media arts production major.

While the college reaps benefits from the model that some support, others believe that individual tests are still the best course of action given that the pandemic is still an ever-present threat.

“I don’t believe it’s an unreasonable statement to say it’s environmentally friendly or cost-effective and I believe that’s an important thing to take into consideration when making these decisions,” said Minna Abdel-Gawad, a first-year journalism major. “However, with the pandemic still going on, individual tests are still a necessary precaution and personally it makes me uneasy that if my group were to test positive I wouldn’t know who it was who tested positive.”

Under the model, ten individual samples are collected in one test tube, where they are tested together and one collective result is produced. One of four results—negative, invalid, unsatisfactory, or inconclusive—is generated from each sample. Its accuracy is dependent on the spread of COVID-19 in a given area and the mucus obtained per sample according to the Centers for Disease Control and Prevention, thus allowing for a higher chance of false-negative results in a larger specimen pool.

The likelihood of false-negative results and grouped results is a point of concern for some, who expressed they feared the method could cause a “COVID scare.”

“I personally get really anxious about COVID test results,” Abdel-Gawad said. “Being in a pooled testing [model] makes me nervous because in a large group of people it could be anyone out of us. Then having all people then retest is anxiety-inducing and an unnecessary step.”

“It just makes me nervous really, being pooled with other people could potentially cause a COVID scare for myself and for others,” Hughes said.

Others cite a lack of understanding of the method as a reason for concern.

“Most of my concern comes from lack of knowledge,” Servizio said. “I genuinely don’t know how people can be identified as positive if their cotton swab was touching a bunch of others.”

Though some are skeptical of the method’s accuracy, others are in support of the method—saying they found an increase in efficiency at the testing center.

“Pooled testing really speeds the whole process up and also limits a crowded testing area,” said Jenny Ferm, a junior journalism major. “I’ve noticed the lines being much shorter and the testing center having much fewer people in it in general, which makes me feel safer since the possibility of being [exposed] to someone going there because they have received a positive test or exposure is limited.”

Ferm also noted that while she understands the concerns surrounding the model’s accuracy, the testing center’s safety measures help mitigate her concern about the potential of false-negative, invalid, unsatisfactory, and inconclusive results.

“I can understand how some people wouldn’t [feel safe] considering the q-tips we use for testing aren’t sealed off right away, but I still think the exposure rate is low and that the amount of hand sanitizers and other precautions really help,” Ferm said.

Some are unfazed by the change. Callie Krosin, a freshman journalism major, said that the new model wasn’t much of a concern to her since it was the method used by her high school.

“I personally don’t mind it just because I am used to it,” she said. “I have gotten over the kind of hesitation and weird nature of the testing type.”

Despite concerns, Hughes said that although she has anxiety surrounding the model, she still feels safe due to the testing requirement remaining in place.

“I still do feel safe because I feel like the COVID test itself is still in place and is still being performed as before,” she said. “I just don’t really like the fact that my test is now lumped with others.”