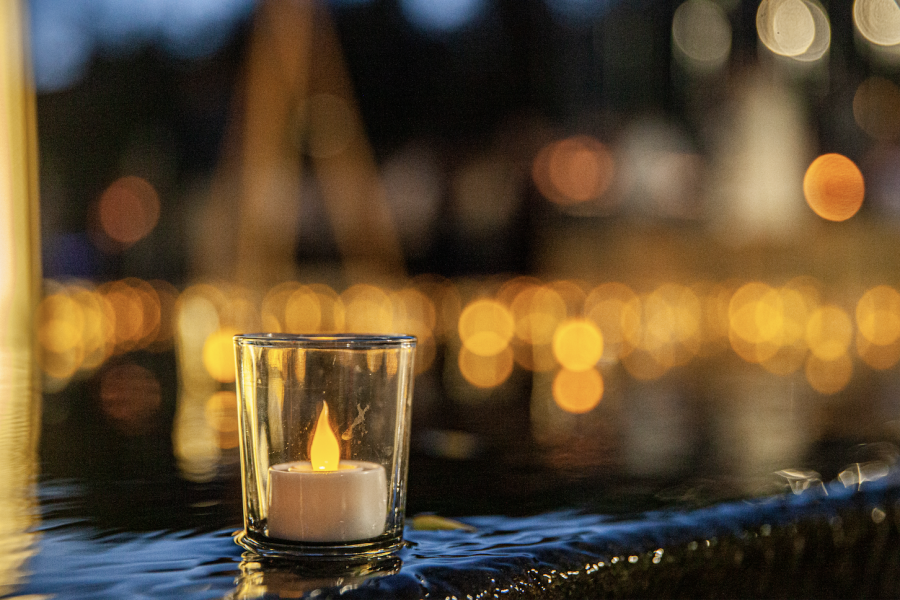 After the tragic attacks on September 11, 2001, the entirety of the American population was traumatized and devastated. However, it slipped the minds of many that Middle Eastern and Southeast Asians residing in the United States of America could feel the same grief. Instead, communities from these cultures were targeted, harassed, and terrified to walk on their streets.

Following September 11, 2001, being a Muslim in America became dreadful. Specific people with specific names were denied jobs, entry into buildings, respect, and humanity. “Loved ones” cut ties with Muslim friends to protect themselves. Mosques were burned and destroyed. Victims were beaten, to the point of death. Being a Muslim in America became akin to not being a citizen at all.

America has an issue with generalizing. Yes, an Islamic extremist group attacked the Twin Towers. Yes, they used the name of Allah (God) to justify their horrid actions. But no, every Muslim is not a terrorist. No, every Muslim cannot be grouped as an extremist or violent human being. No, every Muslim should not be blamed for the events that occurred on 9/11.

After the attacks, international Emerson students were warned of possible victimization by Virga Mohsini, the director of international student affairs, The Beacon reported.

“We are concerned about some of the backlash that some of our international students may face,” Mohsini said in a 2001 letter. “Reactions to recent events may even stir rash behavior toward those perceived to be of Islamic or ‘Middle Eastern’ descent, unfortunately.”

I was born on March 21, 2002, and, despite not being alive during the 9/11 attack, I felt the harsh aftermath of it when I walked the hallways of school, played on the soccer field, and grew up in a predominantly white area as an Indian American whose family practices Islam.

My name, Mariyam, is a common Islamic name, which brought a lot of unwanted attention to me. My friends who wore hijabs (head scarves) garnered a lot of attention as well. Immature and racist boys screamed, “Allahu Akbar” (“God is most great”) at us to mock our religion, our beliefs, our culture. “Allahu Akbar” represents a Muslim’s devotion and submission to their lord, a phrase that Arab Christians frequently recite as well but in English.

Not only did they mock us, they made a mockery of the 9/11 victims. Islamic extremists recite those words as their reason before committing their heinous crimes. Those ignorant boys made a mockery of a tragic event that shook the foundation of America, but it is Muslims who continue to be assaulted and attacked.

Phrases like “Allahu Akbar” were not the only Arabic words that caused anxiety in America. The Arabic language became forever tied to terrorism, whether it was a son saying “As-Salaam-Alaikum” (greeting that means “peace to you”) to his mother or a friend saying “Inshallah” (God willing) to dinner plans they made.

Yet, “Allahu Akbar” became the go-to phrase to capture during coverage of the Middle East and to foreshadow a bombing in Hollywood films. The phrase lost its religious meaning and became an indication of violence, and a joke to the boys from my middle school.

The privilege that comes with being white in America is one that only a non-white person will understand. The ability for a white person to say and do anything without real repercussions shows the reality of the country we live in—it is a country for white people and no one else. At least that’s how it felt growing up around privileged white kids who would often ask me if I was a terrorist.

Because yes, it wasn’t a one time incident.

Opening texts from peers asking, “so when are you going to blow up the school?” was not uncommon growing up in a small Connecticut town. Knowing that at the end of the day that’s what people thought of me was a reflection of not only my small town, but the United States of America. Eventually, I began responding with “yeah, actually, Osama is my uncle” to shut them up.

The worst part of it was, no one stood up for us. We could only stand up for each other and ourselves. Only we could shut down an ignorant middle schooler from making fun of our culture because none of our “friends” did. Those who claimed to be inclusive, welcoming of all cultures, “lovers of all religions,” laughed and became bystanders in the moments we needed their support the most.

Again, only a non-white person can really understand the privileges of white people in America.

After 9/11, the rise of Islamophobia became a justification for waging war on Islamic terrorist groups and Islamic countries, for which we continue to see the aftermath to this day. America’s longest war, with Afghanistan, came to an end in August, after 20 years, upon the exit of U.S. troops. This allowed the Taliban to re-take control and destroy the lives of Afghans. The United States’ negative bias towards Muslims and Muslim countries has caused consistent tension between both parties, one that might never go away, just like Islamophobia.

Racial and religious profiling became a norm for us, and this is especially true at airports. They’d see my father’s name, Mohammed, and use it as a justification to take us for “extra screening.” I’d get angry and seethe, but there was nothing I could do about it. The fear I held, and still hold, of officers inside or outside of an airport bars me from fighting back. They can do anything to me and I can do nothing back, and that’s the fact of the matter.

It wasn’t just our family who experienced this, obviously. One of the most traumatizing stories I’ve read is about Zainab Merchant, a woman who has never once not been stopped by the TSA. Before her flight from Boston’s Logan International Airport to Washington D.C., Merchant was publicly patted down in her groin area by an agent and then taken for further investigation so they could get a “deeper look,” according to a letter written by the American Civil Liberties Union.

Despite requesting her search be done in public, out of fear of what could happen privately and because she was on her menstrual period, Merchant was threatened to be handed off to state troopers if she did not comply and then taken into a private room. Merchant was demanded to pull her pants and underwear down, a ridiculously intrusive request, revealing her menstrual pad. Then, the officers walked away.

Sahar Fatima, an editor at The Boston Globe, wrote about her own experiences of crossing the Canadian border into the United States when she was a child.

“Each road trip involved, at minimum, two hours of watching border officials aggressively question my father with such spite and hostility that it always frightened me to tears,” Fatima wrote.

According to government documents, more than 700,000 Americans, many of whom are Muslim or have a Middle Eastern or Southeast Asian background, were placed on a U.S. government watchlist. Despite having no connection with any terrorist group, those on the list are singled out at airports with a stamp that indicates they are a “secondary security screening selectee” on their boarding passes.

The Obama Administration expanded the terrorist screening system greatly, increasing the number of people on the no-fly list more than tenfold by 2014, surpassing the number of banned people under President George W. Bush.

Being on the watchlist or being assumed to be a terrorist by your name or clothing choice is humiliating, degrading, and terrifying, but it became expected by many Muslim travelers like Merchant.

The fear Muslims held and continue to hold is justified because of personal experiences and news stories that instilled that fear.

The hate crimes listed above are barely an indication of how horrible the racism against Muslims is—that’s just seven examples out of thousands.

My family used to often go to a mosque near our home, the Danbury Mosque. Following the 9/11 attacks, a local church held a vigil for the innocent lives lost and many members of the mosque attended, including my mom. While my mom and the other Muslims thought they were there to show support, the others did not. My mom told me they made rude comments such as, “oh, they come now” and “they’re the ones who did it.” Hatred had infiltrated the hearts of so many, they were blinded at the possibility of any Muslim being good.

Unfortunately, Muslims were not the only community negatively impacted by the aftermath of 9/11. Many Americans mistook Sikhs, followers of a monotheistic religion founded in Punjab called Sikhism, as Muslims because of their turbans and beards. Many Americans associated the turban to terrorism, a turban I’m assuming they thought was the same as the headwear worn in Afghanistan, where the Islamic terrorist group responsible for the 9/11 attacks, Al-Qaeda, was founded.

Again, ignorance got the best of many Americans, and caused the Sikh Coalition to receive thousands of reports regarding hate crimes, workplace discrimination, school bullying, and racial/religious profiling. In the first month following the 9/11 attacks, there were more than 300 cases of violence and discrimination against Sikh Americans. The first hate crime following the attacks was targeted towards a Sikh gas station owner in Mesa, Arizona on Sept. 15, 2001.

Honestly, the hatred towards Muslims or those thought to be Muslims cannot be summarized in an article such as this one. This is a small percentage of information regarding the terror Muslims in America felt after September 11, 2001. Muslims face it to this day. A great Bollywood movie was made, titled “My Name is Khan,” about the truth of being a Muslim in America—I highly recommend everyone watches it to understand even a sliver of a Muslim’s reality.

Everytime an innocent person is killed in the name of a racist America, it adds another victim to the list of those who died on 9/11. When will America realize that domestic terrorism is just as catastrophic as the kind that brings buildings to the ground?