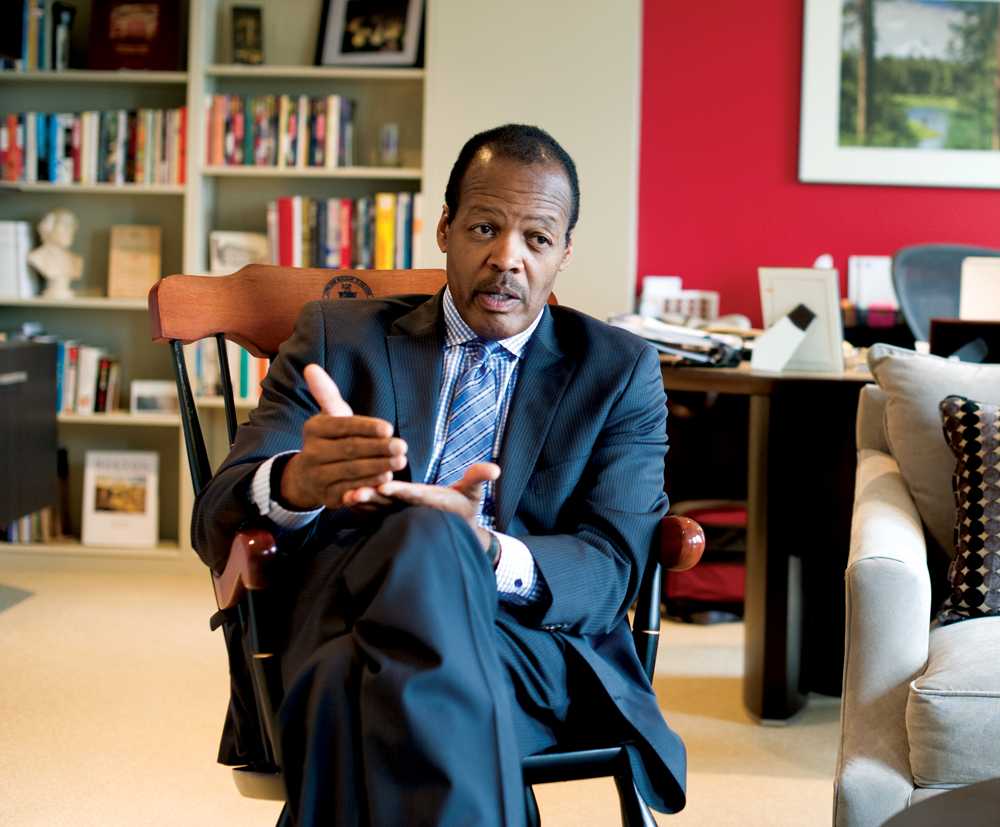 President M. Lee Pelton and other high ranking administrators condemned the three shootings that occurred in Atlanta, Georgia last night, resulting in the deaths of eight people, six of whom were Asian women.

Since the discovery of the novel coronavirus in Wuhan, China, Anti-Asian hate crimes in the United States have soared; hate crimes against Asian Americans rose by 150 percent in 16 of the country’s largest cities in 2020, according to a study conducted by the Center for the Study of Hate and Extremism at California State University, San Bernardino.

“We have known that long before yesterday, anti-Asian violence and racism have been a pernicious part of America’s story,” the email from Pelton sent Wednesday evening said.

President Pelton went on to describe specific instances of systemic anti-Asian racism in the U.S., like the Chinese Exclusion Act of 1882 and President Rosevelt’s Executive Order 9066, which allowed for the internment of Japanese Americans during  World War II.

President Pelton and co-signers acknowledged the lack of media coverage granted to issues facing the Asian American and Pacific Islander communities in the U.S. and urged for more awareness to be spread about acts of hate and violence.

“Despite the fact that these policies and crimes, both historic and current, have not received widespread public attention, they have had a real and devastating impact on the Asian American and Pacific Islander (AAPI) community,” the email said. “Hate and xenophobia allowed to go unchecked can and do result in violence.”

College officials expressed their support for AAPI members of the Emerson community—as of 2020, 5 percent of Emerson students identified as Asian—and called on the state’s civic and political leaders and across the nation to follow their lead and condemn these actions too.

“Within our Emerson community, it’s up to each of us to speak up, educate ourselves, and remain vigilant,” the email said. “It’s not easy to dismantle the toxic impacts of false information and deliberate misinformation, but this is what we are called to do. Now and in the future, we must be prepared to take on this charge.”

President Pelton also brought attention to an event being held by Asian Students In Alliance at 8:00 pm tonight and a vigil being held by the offices of The Center for Spiritual Life and Intercultural Student Affairs on Friday at 9:00 pm. Teachers are also encouraged to use Thursday and Friday class time “to engage in meaningful discussion about race, structural racism, and ways to combat its invidious effects on individuals, families, and communities”, as a part of this year’s “Teach-In on Race” days.

On-campus, state, and national resources were provided at the end of the email and students were encouraged to “not hesitate” to take advantage of them.

-ECAPS 617-824-8595 counseling_center@emerson.edu; **reach after-hours crisis support by calling this number after 5 p.m. and all weekend

The City of Boston and Commonwealth of Massachusetts offers these resources:

These resources are available nationally:

-Asian Americans Advancing Justice: What can you do about anti-Asian hate? https://www.advancingjustice-aajc.org/anti-asian-hate