Pretty Girl Rock: I am a cakeface queen 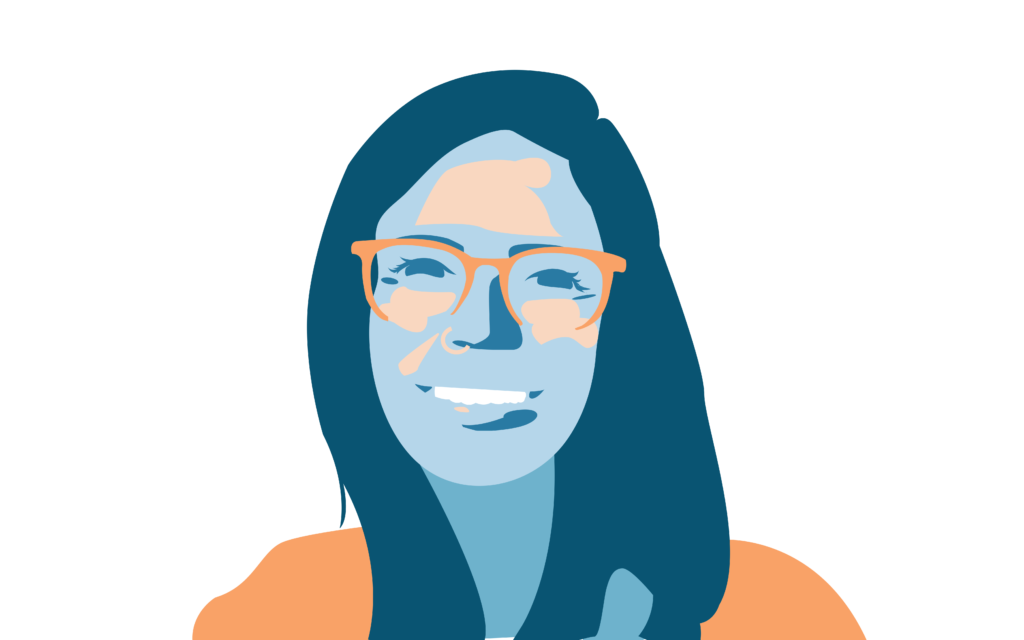 After the final performance of my community college’s spring play, my director sat me down for a heart-to-heart reflection on the show.

“You know, I almost didn’t cast you because of this,” he said, gesturing to my face.

By this he referred to my winged eyeliner, filled-in brows, foundation, bronzer, highlight, and mascara. He meant he almost cast someone else because of my face and what I see as art.

According to him, I needed to wear less makeup. However, I never once viewed my makeup usage as the deciding factor in casting me, hiring me, or befriending me. My makeup is my art and should not be the determining factor for my character.

I am no stranger to unwanted opinions on my makeup. I first asked for mascara and eyeliner in seventh grade and thereafter became obsessed with it. I began sporting a thick black line on my upper eyelid, and while everybody—especially my parents—wished I’d ditch it, I never listened.

As a young girl, a correlation between wearing makeup and insecurity seemed to exist. But the intent behind wearing makeup had nothing to do with my self-consciousness and everything to do with having fun. Even at 22 I’m still giddy when I sit in front of a mirror and transform myself based on my mood. Beauty lovers like me and makeup artists view faces as canvases.

The comments on my makeup never went away. As a freshman in high school I would bring powder and mascara to school for touch-ups. In my study hall one day, I pulled out my CoverGirl powder and L’Oreal Carbon Black mascara to reapply. To me, this was nothing out of the ordinary. To the three girls sitting a table over, this was hilarious. They began to laugh at me, making comments to each other and glancing my way. I left the room to cry in the bathroom. Then I reapplied my makeup to cover the tear streaks in my foundation.

The comments from loved ones and strangers created my view that wearing a lot of makeup made me inferior to those who do not. It became a constant thought in my mind whenever I would go somewhere: Are they staring at me? Is it because of my eyeliner? I never thought this hobby would turn into its own insecurity at 13.

People try to avoid wearing “too much” makeup although “too much” is subjective. Shape Magazine’s article, “What Men Really Think About Your Makeup,” compiles a list of men’s opinions on women’s makeup. The small pool of 15 represents what men tell women: Natural beauty is best. Don’t wear too much—you’ll be a cakeface, you’ll look like a clown.

When you decide to ignore the demands for “less is more” you take ownership of your femininity.

Taking ownership of yourself goes beyond wearing makeup. You become powerful by living life by your standards—makeup or not. Society expects women to wear makeup but still look natural. You take ownership by breaking either mold.

When Lady Gaga went into her A Star is Born audition Bradley Cooper took a makeup wipe to her face, according to an interview in the Los Angeles Times. The article implied Gaga didn’t give permission, and Cooper didn’t apologize. Gaga still possessed her skills and acting ability under the makeup. It just so happened that she wore makeup, and Cooper didn’t like that. Gaga admits it helped her get into character in the article, but it reminds me so much of my own audition for the spring play. If my director demanded to remove my makeup, only to eventually do it himself, I would have felt violated.

My director cast me as the lead in the spring play for my acting skills. He based his first impression of me solely on my appearance, but I could take all of his notes, connect deeply with my character, and perform exactly how he wanted in the end. My makeup played no role in this—makeup is not me, it is an extension of me.

The talk with my director gave me a glimpse of my potential professional life. I enter every interview frightened of what impression my makeup will leave. To me it should show employers how detail-oriented I am, but I’m always left feeling it may appear superficial and not serious. I always question whether I should sacrifice my character and wear less makeup, but if my face keeps me from a job, I don’t think I want to work there.

After my director told me he almost didn’t cast me because of my face I nodded, took offense, and replied, “This is not something I am willing to change. This is my art form, and this is who I am.”