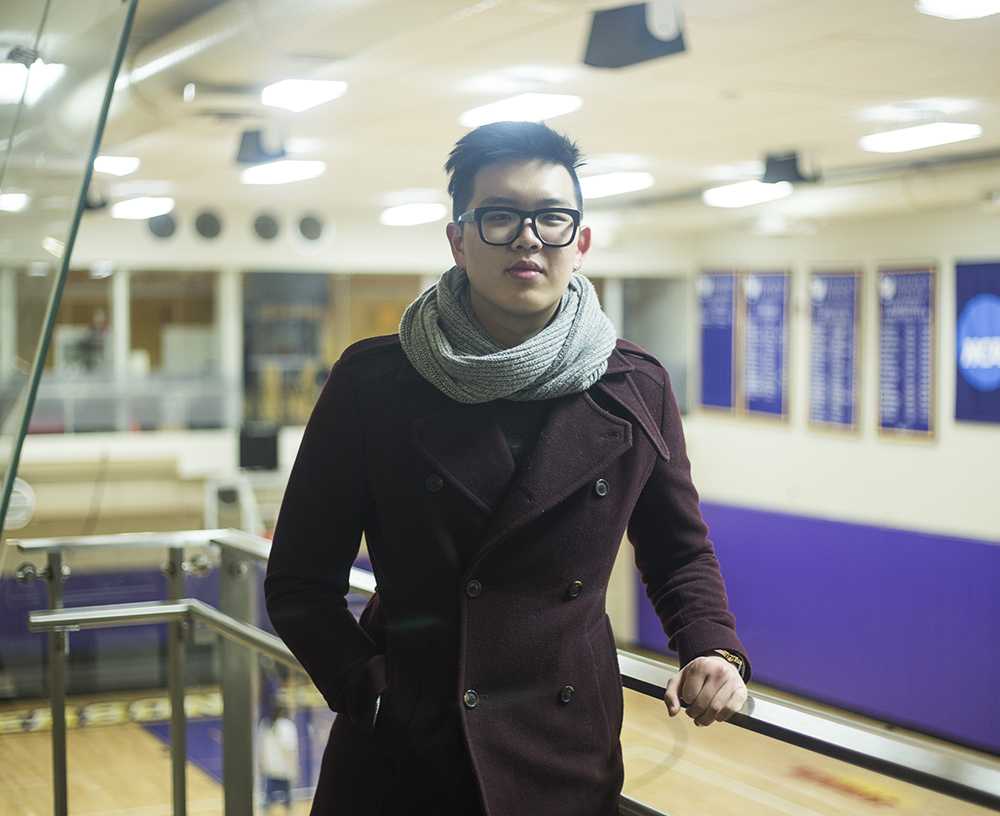 This season’s men’s volleyball team may have grown in numbers since last year’s early playoff exit, but competing as one unit while getting multiple players involved in matches will be key for the Lions to become a competitive postseason threat.

Emerson kicks off the season in Cambridge on Saturday with a doubleheader against the host Massachusetts Institute of Technology, and Daniel Webster College. It will be the final season for four players who have spent their entire collegiate careers together, earning a 43 percent winning percentage and snagging one postseason victory.

The four consist of Jared Gross, Ben Hillman, Brendan McGonigle, and Jackson Wiley, and they said they believe 2016 is their best chance to succeed in the Greater Northeast Athletic Conference. The team is the only program in the athletic department that still plays in the GNAC, as the school’s new conference doesn’t support men’s volleyball.

“It’s the homestretch for me and my whole recruiting class,” senior libero and reigning GNAC defensive player of the year Jared Gross said. “This is our last chance to do something special with the talent we have.”

The Lions finished last year with their best overall record, 13-13, since joining the conference. At 5-9 against GNAC teams, they earned the lowest playoff seed and were swept in the first round by third-seeded Wentworth Institute of Technology.

Despite their prior performance, Gross believes his team is on the rise.

“We had a slow start to the season last year,” Gross, a marketing communication major, said. “But as [we] moved along we were all getting so many repetitions that our growth throughout [the year] got much better.”

The reps and increased playing time came from the team having only nine men, the smallest squad since 2013. Leading the group was Jackson Wiley, who ranked second in the nation in Division III in kills per set. He is 113 away from the thousand-kill mark.

The lack of players put most of the burden to score points on Wiley’s shoulders, according to the outside hitter, but the now senior said that he expects this season will be a different story.

“There were instances where teams knew I was the one being set so they would key in on me and keep me from getting anything across the net, and in high pressure situations, other players weren’t as used to getting kill opportunities,” Wiley, a visual and media arts major, said. “We’re going to have a much more balanced team [this season].”

After graduating one senior last year, middle blocker Connor Burton, Emerson added three freshmen to their 2016 roster. Two of the rookies, outside hitter Mark Piorkowski and right side hitter Win Kittivatcharapong, are listed at 6-foot-4, the tallest members of the team.

“Mark and Win add huge height,” Gross said. “They’re going to get big blocks regardless of where they are at the net.”

Gross said he is excited for the new talent but knows what comes with inexperience.

As a sophomore, middle blocker Andy Kim went through that process just one year ago and said he understands the transition.

“What we want from the freshme n is to get used to the whole college experience because it’s not like high school,” Kim, a visual and media arts major, said. “It’s completely different.”

Playing through their schedule, Emerson will need to beat opponents they lost to last year in order to get a higher seed in the GNAC tournament. This includes two face-offs with nearby rival Emmanuel College.

In 2015, the Lions defeated the Saints 3-0 after being blanked themselves by the same team two games before. It was the program’s first victory over Emmanuel, who has knocked them out of the playoffs in two out of the last three years, in 16 matches. Gross said he is confident that is a good sign.

“We went toe-to-toe with them last year,” Gross said. “I think we have a real shot of sweeping them this year.”

What will make or break this squad is morale, according to Kim, who will also be leaving at the end of the academic year. He said that in order for success, he and his teammates need to play together at all times during the course of a match and throughout the year.

“If we’re all positive on the court then we can show great results against any team,” Kim said. “At the same time, if we’re not showing good spirit on the court, then we can play against a really easy team but will still be challenged.”