Private corporations must be held accountable for climate change, not the American public 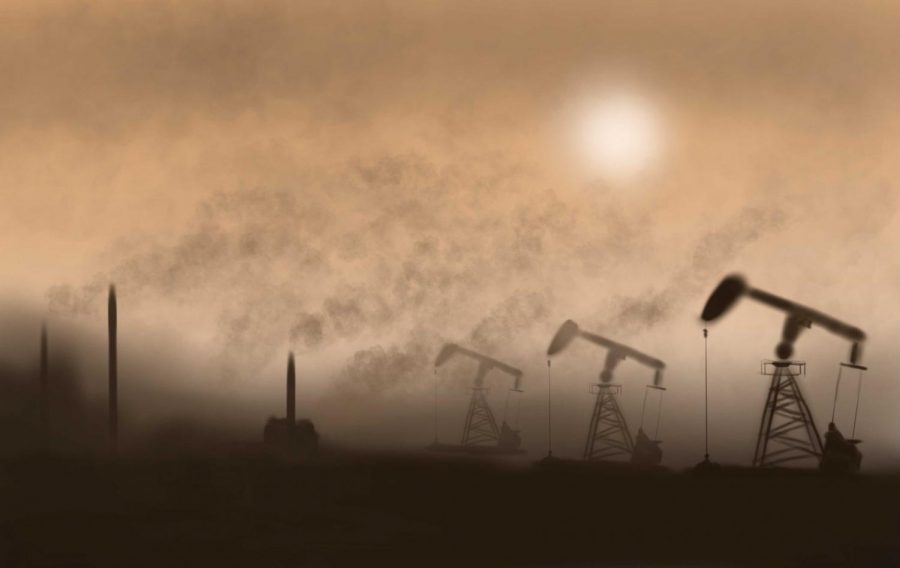 Unless you are a business mogul or a Rockefeller, shrinking your carbon footprint will not create the same level of difference that a corporation would by changing their waste methods.

For as long as I can remember it has been ingrained in me that helping the planet is my individual responsibility. Posters in the hallways of my middle school urged me to “go green” and television ads told me to reduce my carbon footprint, reminding me that the future of the environment was in my hands.

A 2015 study from Oxfam found that 10 percent of the wealthiest population is responsible for 50 percent of global emissions, while the world’s poorest population contributes only 10 percent. Worrying about the climate is a valid concern, and we all should care—but these concerns should be amplified towards those who have control over the funding for resources that would improve the environment, not individuals of the working class.

Activism and public scrutiny has, historically, created positive change. Celebrity activists like Leonardo Dicaprio and Mark Ruffalo have publicly condemned climate pollution and worked to promote environmental awareness. Dicaprio used his 2016 acceptance speech at the Oscars to address the danger climate change poses and has produced several documentaries about global warming amongst other environmental issues.

In 2015, Ruffalo published a short op-ed in Grist, an online magazine, about the importance of climate change action. He calls on young people in particular to “do something about it.”

“As students across the country walk across graduation stages, wrestling with what comes next, I want to remind all of them of the power they have and the responsibility they bear,” he wrote.

But is climate change really the responsibility of the average American? I can buy a reusable straw and remember to turn off lights, sure. But most people are already doing this. 90 percent of American businesses practice some form of recycling. Many European countries like Germany and Austria have recycling rates of 63 and 62 percent. And 59 percent of U.S. homes have curbside recycling implemented. Challenging regular people to clean up the planet themselves feels a bit like screaming into the void. This focus on the general public should be redirected towards the large corporations that actually have the capability to create measurable change.

Recycling started in the early 1970s, yet only 6 percent of Americans regularly recycled. By 2018, these rates have increased sixfold to 32 percent. It’s gratifying to know that recycling has become normalized in our society and that people are vigilant about creating less wasteful habits.

Organizations like Greenpeace and National Geographic constantly put out PSA videos that urge the public to make it their duty to fix issues like pollution and energy waste. In reality, the bulk of the world’s pollution comes from fossil fuels. I don’t like how media conglomerates try to pin the failing climate on the general public when the actual problem comes down to corporate greed. Just 100 of the world’s largest corporations are the direct cause of greenhouse gas emissions that lead to global warming. This is who is to blame for pumping carbon dioxide into the atmosphere. If Chevron, for example, committed to using more renewable energy, greenhouse gas emissions would likely decrease significantly more than the individual actions of millions of people collectively.

Environmental organizations and activists give us the impression that as a whole, our planet is running out of time before global warming becomes irreversible. If the Earth is truly at risk of this impending reality, instilling fear into the public does little to solve the problem at hand. The only solution is to halt the direct sources of environmental poisons as quickly as possible.

Unless you are a business mogul or a Rockefeller, shrinking your carbon footprint will not create the same level of difference that a corporation would by changing their waste methods. Deciding not to fly on a private jet is not the same as turning off the sink water while you brush your teeth. Your friends and family just can’t be held accountable in the same way as billionaires or powerful politicians who deal with policy. Instead, we should be pushing for political action like the Green New Deal, a proposal that works to reduce dangerous toxins throughout the country, or by electing officials that want to improve public transportation and solar energy systems.

At the end of the day, we as individuals do not have as much power as we think we do. 69 million American homes now recycle on a daily basis. Sea levels have risen 8 inches in the past 200 years, and The Intergovernmental Panel on Climate Change predicts that over the next century, we can expect a temperature rise of up to 10 degrees in Fahrenheit. Our planet is arguably in worse shape than when we started recycling fifty years ago.

By making the everyday person personally liable to preserve the future of the planet, attention is directed away from giant corporations that are held less accountable for their part in destroying it.