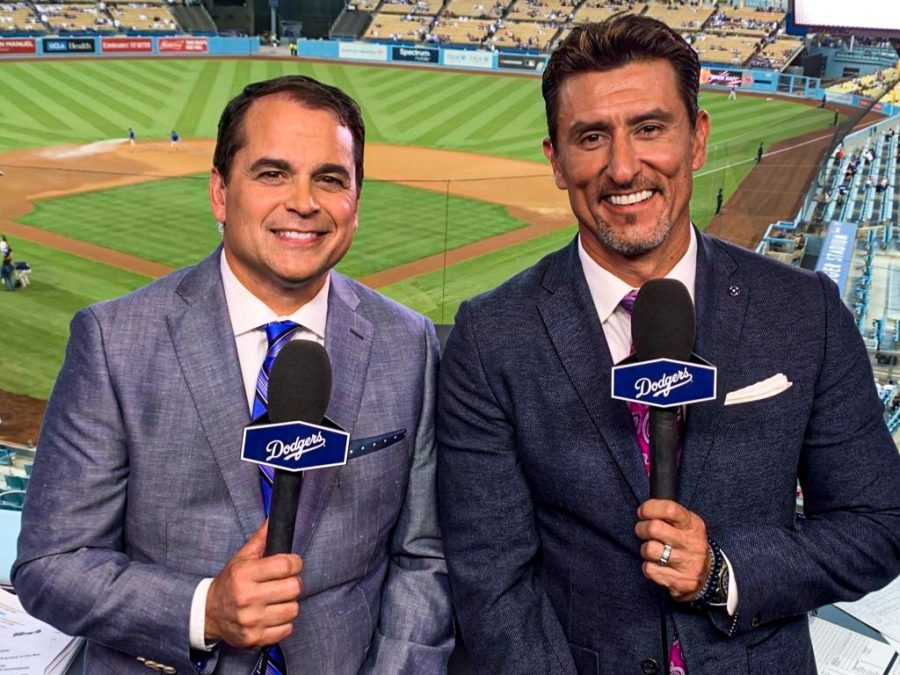 Neverett joined the Dodgers’ broadcast team in December 2018 following three years of broadcasting with WEEI Red Sox Radio. He won his first World Series ring after calling the Boston Red Sox’s ninth World Series title in 2018 and celebrated the championship from atop a Duck Boat during the team’s victory parade.

In addition to a successful fall semester in the baseball world, Neverett marked his first semester as a professor in the sports communication department, teaching one sports agenting course. He began the semester remotely while stationed in Los Angeles but returned to Boston to teach during the last week of September.

Neverett said working for the Dodgers is a much more hands-on experience than what he experienced during his stint with WEEI.

“With the Red Sox, you don’t work for the team,” Neverett said in an interview. “With the Dodgers, you work for the ballclub, and you’re treated in a much different manner. There’s many more advantages to it. Working for the club, they assign who broadcasts what. That’s why I’m able to go back and forth between TV and radio, where in Boston, I did radio, but I couldn’t even talk to anybody at NESN—never mind to TV.”

During the pandemic, Neverett and the Dodgers’ broadcasters were not able to work with the team the way commentators usually do. The broadcast team was not permitted to travel with the team, so instead, Neverett had to watch the game on multiple monitors from a luxury suite in Dodger Stadium.

“It was different for sure because, first of all, we were taken out of our regular radio booth and put into a luxury suite,” Neverett said. “We had to be at least six feet apart, so I would be in the front row of the suite, my partner, Rick Monday, would be three rows behind me at a bar table, and then our producer, Duane McDonald, would be at a table setup well into the suite.”

Not being able to call the game directly from the stadium became a challenge for Neverett, who said he wasn’t able to see the ball come off the bat on some occasions. Normally, his judgement was rather good, but watching through the screens meant he couldn’t make calls with conviction.

“I remember a game that I did against the [Los Angeles] Angels,” Neverett said. “We were not allowed to go, so we called it from Dodger Stadium. Mike Trout hit a ball, and it looked like he hit it pretty well, sounded like he hit it pretty well, but we didn’t know… the next time I saw the ball was when it hit behind the wall. It was really, really difficult as opposed to when you’re at a game watching it for real.”

Network television took over the playoff coverage following the end of the regular season, so the radio crew shrunk in size. Neverett didn’t have a role in covering the playoffs, which allowed him to return to New England to teach his course in person.

Although his class often ran close to the start of Dodgers games, Neverett said he found success balancing the two jobs.

“The times when the class time came close to the time I had to be at the stadium, I was able to work it out in advance,” Neverett said. “Instead of doing it at the normal time, we would do it at a different time so that I could still do what I had to do for class, and then I could jump in the car and drive to Dodger Stadium, which was only 10 minutes away from where I stayed.”

But the two-time World Series winner appeared in Emerson classes well before formally teaching his own course. He served as a guest speaker multiple times and once hosted a workshop. In the spring, he plans to teach a sports public relations course.

Neverett said the idea of teaching attracted him because it’s an opportunity for him to give back to the Emerson community.

“This is one of those ways where I could share my experiences with students who are there now,” Neverett said. “They’re hearing it from somebody who went through what they’re going through and can tell them what Emerson can do for them.”