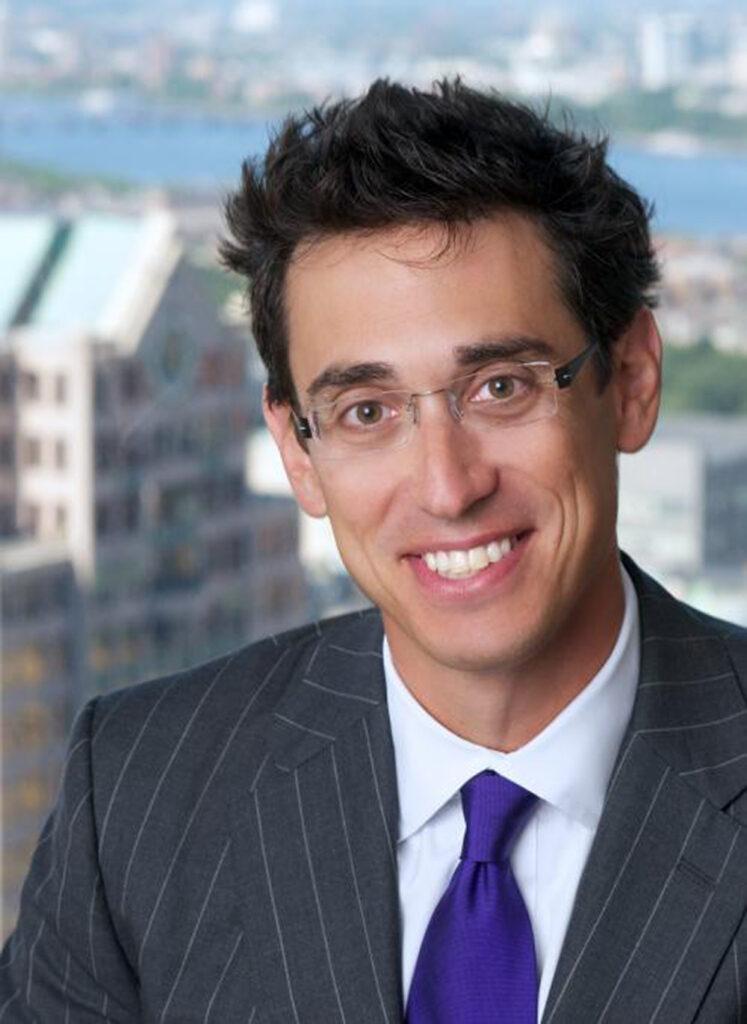 Evan Falchuk, who was an independent candidate in the 2014 Massachusetts gubernatorial election, said as an Emerson professor, he aims to help students find their own motivation to speak up and effectively communicate their opinions.

“Leadership to me is all about authenticity, listening to people, and about being determined and persistent,” Falchuk said. “It’s difficult to think about those things without having a sense of who you are as a person. I spend a lot of time pushing and encouraging the students to find out who they are and what motivates them.”

Falchuk said he also hopes to bring the mission of his political party, the United Independent Party, into Emerson classrooms: helping people have their voice heard in politics.

Falchuk said he found his way to Emerson because of what he described as “impressive” Emerson interns who helped him with his campaign. Through these Emerson students he made connections to other students and professors at the college.

“He was really personable with all of the interns,” said Cristina Ashbaugh, a freshman political communication major who helped with Falchuk’s 2014 campaign. “I enjoyed going to work; I learned a lot. He was really good at persuasive speaking and being a leader.”

Ashbaugh said that she valued working with Falchuk because he frequently talked to the interns, creating personal connections.

Gregory Payne, interim chair of the communication studies department, said students in the political communications department have long been involved in state politics.

“Many students were very excited about Falchuk as a candidate because he was an independent,” said Payne. “Students saw him as not the typical politician.”

Falchuk currently teaches a Communication Studies course titled Leadership, which is his first class at Emerson. He is set to teach Leadership again in the fall and a graduate course about the field in which Falchuk said he personally finds his creative drive, entrepreneurship.

“I was honored that the possibility was there, that they would consider me for that kind of a position,” said Falchuk. “I’ve been really thrilled to have the position.”

Despite a slow start—the first three of Falchuk’s classes being cancelled due to snow—Falchuk said he is determined to instill in his students what he sees as the most important thing about leadership: authenticity.

Falchuk, 45, previously worked as the president of Best Doctors, which provides consultations and recommendations from top doctors. In 2013, Falchuk left his job with Best Doctors and started the process to create a new political party, which he said aims to fix all the problems he has found with the major parties.

He said he thought that the governmental system had become too detached from the people it was supposed to be representing, and that political structures had become too fake during that process.

Determined to fill this void, Falchuk created the United Independent Party, and about 18 months later it had enough votes to gain official party standing in Massachusetts. The party aims for a platform that uses “sensible” solutions to different political problems, he said, creating an option for voters who don’t feel like they fit into the two main political parties.

“I’m an entrepreneur, and I’m a voter, and I looked at the political system and the process, and I said ‘It’s not representing people anymore,” said Falchuk. “It doesn’t match up with what most people are looking for.”

Falchuk said his goal is to make sure that everyone is treated equally in politics and that nobody’s opinion’s will ever go unheard.

He was the United Independent Party’s candidate in the 2014 election for governor of Massachusetts.

“When you are running for statewide office, you have got to be in as many places in the state as you can. It’s a small state but a big state,” Falchuk said. “I put 35,000 miles on my car as a candidate and met thousands and thousands of people, easily.”

Falchuk described campaigning as rewarding. He said he enjoyed being able to meet with people and have conversations about what they needed and about how the party could help improve their condition, whatever it may be.

“It’s incredible when you have those connections that you make with people,” Falchuk said. “It’s powerful stuff.”

Even though the election has passed, Falchuk said both he and the United Independent Party have remained busy. He is currently working with the party to get more members enrolled and working to motivate Emerson students to find their inner leader and entrepreneurial spirit.

Payne said Falchuk’s experience in the political and business worlds is valuable at Emerson.

“Evan is a cutting-edge, seminal thinker,” Payne said. “Evan can be a bridge and inspirational voice for students at Emerson. He has an ability to communicate well and he’s also a very active listener, which I haven’t found in many politicians.”

Correction, March 26: A previous version of this article incorrectly stated the year Falchuk ran for governor of Massachusetts.