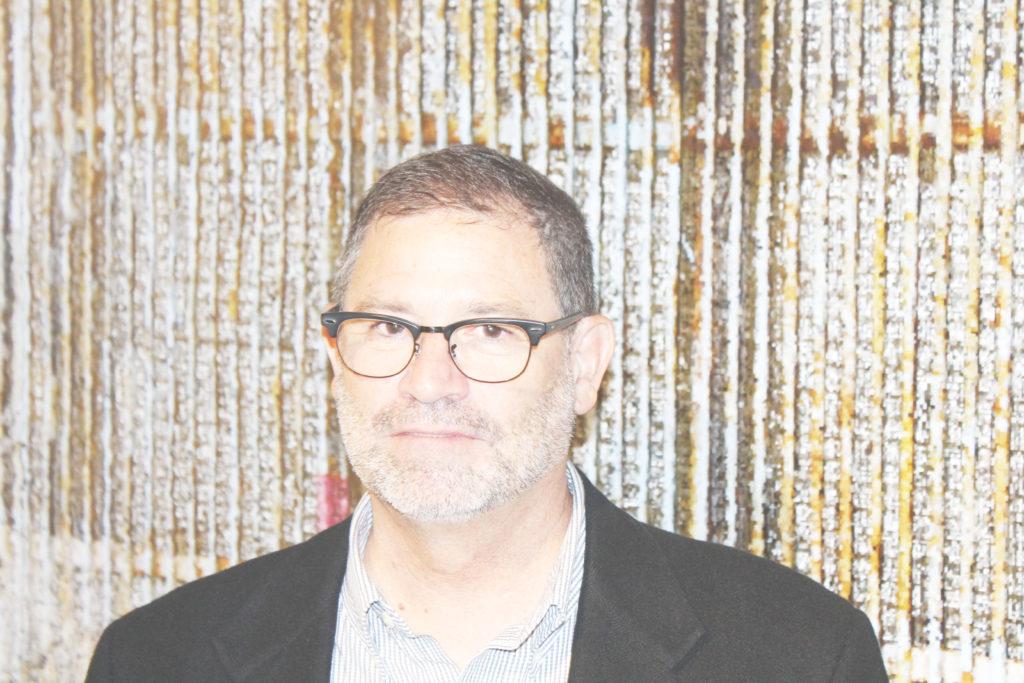 Emerson professor John Craig Freeman wants to use technology and art to bring global issues to the forefront of everyday lives.

Freeman’s project The Virtual US/Mexico Border uses Layar, an augmented reality app, to bring the border to Boston Common. When users view the Common through their smartphone camera, the app superimposes computer-generated images of the border onto their screen.

The installation is part of Portal to an Alternative Reality, Freeman’s gallery of augmented and virtual reality projects. It opened at Emerson Urban Arts: Media Art Gallery on Wednesday Sept. 20.

Freeman, a professor in the visual and media arts department, makes public art using emergent technologies while focusing on the effects of globalization.

“Globalization has kind of collapsed time and space to the point where our actual experiences are increasingly virtualized,” Freeman said. “As a public artist, I am increasingly trying to respond to that. What are the potentials of public art in this new global network culture?”

Chinatown Station with Service to Wuhan features a replica of a Wuhan, China train station in which the virtual reality headset sits. The headset presents images and sounds of Wuhan to the wearer. It includes 10 different chapters with different scenes to explore. Freeman did a six-week residency in the city of Wuhan last year. He worked with the community there to document how they experienced the changes of globalization in their city.

Border Memorial: Frontera de los Muertos is an augmented reality project to commemorate the many thousands of migrants that have died along the Arizona border. It uses GPS to mark places where migrants’ bodies were discovered with a calaca—a symbol for a skull or skeleton—that travelers can view using their phone camera and Layar. At the gallery, these sites are displayed on a map on a large screen. Photographs of the marked spots are framed on the walls and visitors can use their phones to view the calacas.

Joseph Ketner, distinguished curator-in-residence, curated Portal to an Alternative Reality. He said Freeman is one of many artists who use the technology at their disposal to discuss the critical issues of their time. Ketner said he was impressed by the virtual reality imagery.

“The installation is really cool,” Ketner said. “There are so many reasons to go: the virtual reality, the political topics. And we give you free food.”

Peter Edelen O’Brien, a freshman visual and media arts major, is excited for the project.

“Portal to an Alternative Reality sounds like a way to expand the horizons of Emerson students by showing them different cultures and topics we’ve discussed in class through an immersive visual experience,” he said.