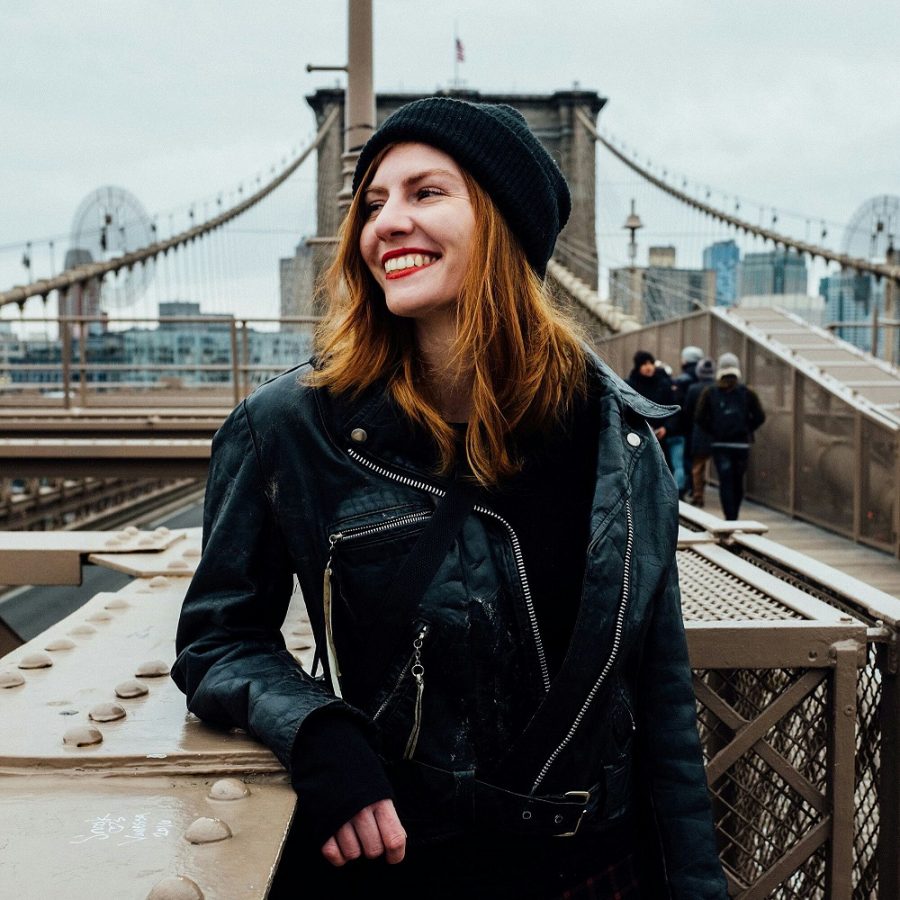 Professor Brooke Knisley said it is especially frustrating that the college may not believe people when they tell them they have a disability.

A number of Emerson’s immunocompromised and disabled professors have reported issues receiving accommodations to teach remotely ahead of the fall semester’s hybrid classes.

Several faculty and graduate students applied for alternate teaching options after June, when Emerson announced its reopening model that combined in-person and online learning—an attempt to stave off the financial burden of COVID-19.

The model, whose announcement came as a welcomed boost for students still stuck at home after abruptly leaving campus spring, came with a caveat. Professors would need to teach classes in person, as the plan established an alternating online in-person class format. Faculty, concerned for their safety, condemned the plan. And administrators promised that those seeking accommodations would receive them with no penalty to their employment status at the college.

But the process to receive those accommodations, which in some cases turned out to be little more than an unpaid semester off, was “dehumanizing” and bureaucratic, professors told The Beacon.

“The whole process was just a little bit dehumanizing,” a former professor who requested to remain anonymous for fear of hurting their future employment opportunities said. “The idea you’re offered this job, but you have to risk your life to come in just didn’t sit well with me.”

The college also told graduate student instructors they would have access to accommodations, though at least two said they were unable to receive them after applying. At least two faculty members further claim administrators prioritized tenured professors in the considerations, putting non-tenured professors through a long, technical process that forced some to leave the college entirely.

Some faculty members did manage to secure an online section of a class without receiving an accommodation.

“All faculty, tenured, term and affiliated, were invited to request a special work arrangement at the start of COVID,” said Chief HR officer Shari Stier, who, with the Human Resources department, oversees the accommodations process, in a statement.

The college enacted The COVID-19 Special Work Arrangement, or SWA, over the summer to accommodate disabled or immunocompromised faculty who may be at a higher risk of contracting a serious case of the illness, according to the college’s website. To receive an accommodation, professors were required to submit a request to Human Resources, and then attended a Zoom interview for college officials to determine the validity and importance of the request.

Stier said the department determines if an SWA or Reasonable Accommodation—an option the college provides disabled faculty to comply with the Americans With Disabilities Act—is appropriate after the individual provides specific information upon request.

Director of Communications and Media Relations Michelle Gaseau declined to provide details on the accommodation process and information on whether tenured professors were prioritized over other employees, citing privacy concerns.

While faculty report a tedious application process, students applying for accommodations report a simpler process involving a semesterly review with the college. Much of the information the college requests can be supplied over email, and a Zoom meeting is not required.

The former professor who requested anonymity eventually left Emerson because they were afraid their accommodation would be denied.

“The process was dragged out into late July, early August,” they said. “At that point, I was beginning to suspect that I was not going to be granted an accommodation, so I had to decide whether or not I was going to pursue employment opportunities elsewhere because not working wasn’t an option.”

When Introduction to Composition and Research Writing professor Brooke Knisley, who is immunocompromised and disabled, found out she would need to teach in-person classes under the new hybrid plan, she immediately reached out to the HR department to file for accommodations to teach only-online classes.

Knisley experienced a traumatic brain injury in 2015 that makes it difficult for her to understand people when they talk without seeing their mouths. Her biggest fear was that if she were forced to teach in-person, she would not be able to understand her students when they wore masks.

“I emailed HR right off the bat because I didn’t want to be stuck not being able to teach,” Knisley said. “I explained to them in great detail—because I’m not shy about it, as you can tell—all my deficits, the reasons why I would prefer an online class. They emailed me back ‘We’re actually going to have to schedule you a Zoom interview where you’re going to actually have to go over all of this again. I was like, Jesus. Even with all of that, they were still like, ‘We’re going to need to have you put on a song and dance during a Zoom meeting.’”

Graduate student instructors, on the other hand, were not offered the accommodations for online classes at all.

Graduate student instructor Bruce Kilstein was not approved for an online class and, in turn, could not teach this semester. He said the college gave faculty limited information about what classes would be offered online and described an opaque application process.

“The only thing that’s currently available for graduate student teaching is the hybrid [model],” Kilstein said.

After Kilstein applied for an accommodation for health reasons, he too was informed he would need to have an interview with HR before his application could be approved, though the college never followed up with him. He later found out that graduate instructors did not have the option to teach online-only classes.

“[First-year Writing Program Director Steve Himmer] told me that they would not be giving positions to graduate instructors who wanted to teach online because they had to give those to the faculty who already had accommodations,” Kilstein said. “The people in my category—which is graduate student instructors—those positions just evaporated.”

Knisley, who did manage to secure an online section of a class without an accommodation, said the application experience was something she was unfortunately familiar with.

“This is going to sound terrible, but I’m used to being dehumanized,” Knisley said. “As a disabled person, that has been my whole experience. Going in having people look at charts, make assumptions, you know. So I’m kind of used to it. So it was just kind of another headache that I had to go through.”

Knisley said she guessed the Zoom meeting was for the college to see if she was exaggerating her disability. Under the 1990 Americans with Disabilities Act, employers cannot ask about or discriminate based on disabilities.

“I can prove it to you—just give me a pen. You can watch me struggle,” Knisley said. “By the accessibility office at school saying, ‘Well, we can’t give you these accommodations until you prove to us that you need them,’ that’s their way of circumventing that ADA—which is, excuse my french, bullshit.”

While Knisley was able to get an international section of an online class, she said it is especially frustrating that the college may not believe people when they tell them they have a disability.

“Even if people don’t have a medical record on file, they’re asking for those accommodations for a reason,” Knisley said. “Even if it’s not proven by a doctor, it’s still to that point where they feel it’s necessary to ask. Why don’t we just believe people? They’re not trying to trick you.”

Kilstein said that if he were to teach in the future, he would find a different college.

“If I teach, I’ll have to teach at a different institution online because it’s not available at Emerson,” Kilstein said.