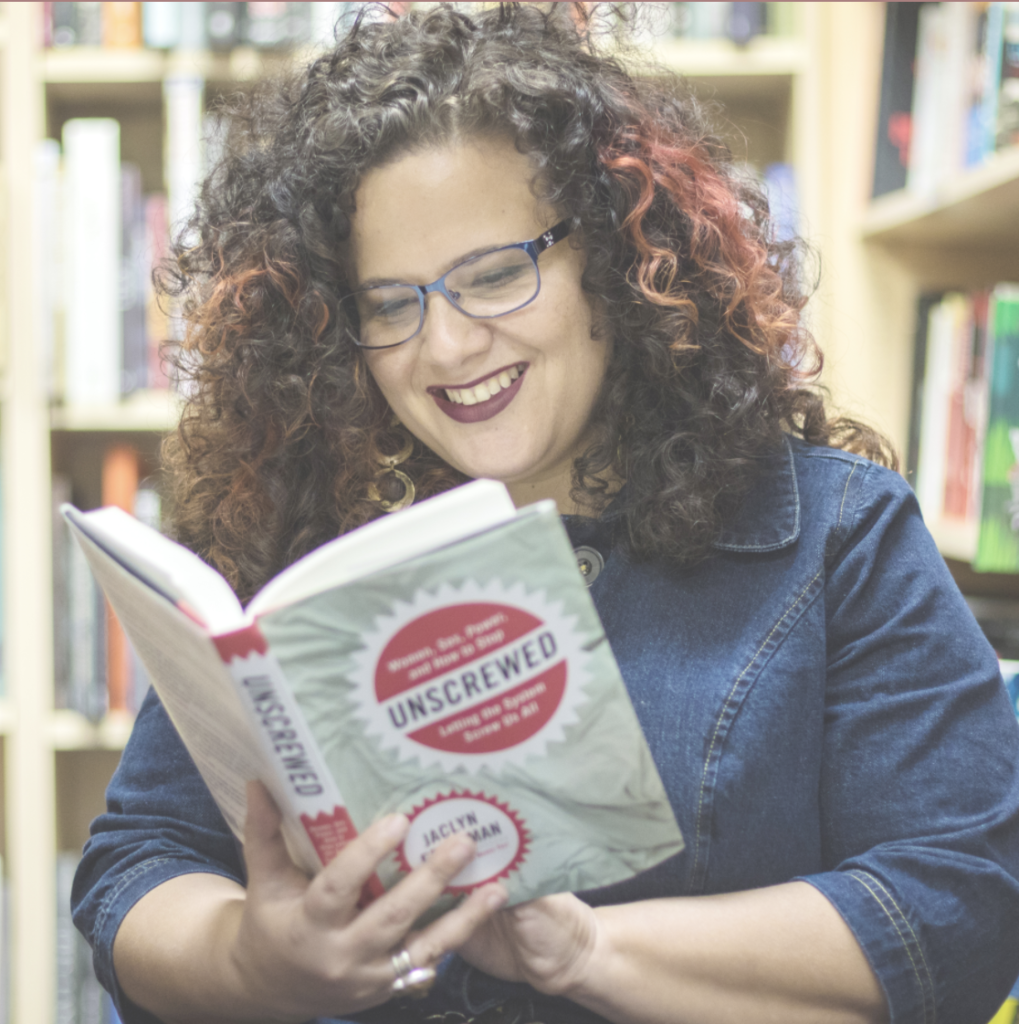 Jaclyn Friedman ‘04 may be best known at Emerson for her fiery orientation talks on consent and sexual liberation. A writing, literature, and publishing graduate, Friedman has produced two books: the popular anthology Yes Means Yes: Visions of Sexual Power and a World Without Rape and What You Really Really Want: The Smart Girl’s Shame-Free Guide to Sex and Safety. She also founded the nonprofit Women, Action, & the Media, or WAM! In 2013, the organization launched #FBrape, a campaign compelling Facebook to strengthen its terms of service on violent threats against women.Her new book, Unscrewed: The Future of Female Sexual Power, is out later this month. Speaking with the Beacon, Friedman discussed beginning her career as an anti-rape activist, holding Emerson administration accountable, and kickstarting change in the Trump era.

This interview was edited for clarity and brevity.

Berkeley Beacon: Your new book, Unscrewed, is out Nov. 14. Can you tell me a little about it?

Jaclyn Friedman: I like to think about Unscrewed as the third in the trilogy of the books I’ve done. It’s about moving from this individual sexual empowerment for women, where you decide to feel more powerful, or take a pole-dancing class, or buy this product. Those things aren’t bad, but they’re not getting us to a place where culturally, as a whole, women have sexual sovereignty. We have to look at the institutions that are in the way: the media, economics, the school systems, the way the religious right is imbedded in our government. Each chapter looks at a different system and how it is interfering with women’s access to sexual sovereignty, and thinks about how we can move the ball forward.

BB: You focus on sex in a lot of your work. How did you find yourself interested in that topic?

JF: I actually came to it in the least sexy way possible, which is as an anti-rape activist. The longer I did that kind of work, the more I came to understand that in order to address sexual violence, we have to change the way the sexual culture functions. I really see my work at the intersection of two movements that I think should be the same movement: anti-rape activism, and then what gets called the “sex-positive” movement. I don’t love that term, though; I like to think of myself as more of a sexual-liberationist. Sex hasn’t been positive for everybody, and I think sometimes people are alienated by that word.

BB: A few years ago, you wrote in Time about being “proud” that Emerson was under Title IX investigation. With the recent developments with Title IX on campus, I was wondering if your stance remained the same.

JF: Obviously, I always stand with survivors. What I said in that piece remains true, which is I think that when students come out and say to Emerson, “You can, and must, do better,” it’s about love and loyalty to the school. That’s actual loyalty, saying we expect more of this community. And that includes the administrators, faculty, and staff. Everybody is part of what makes Emerson’s community, and if someone is speaking up and saying, “This needs to change,” I think that we all should listen.

BB: What do you think institutions nationwide can do to better sex education?

It’s just that sex is so taboo, and there’s this weird belief that if we don’t talk to kids about sex, they won’t have it. It’s also that that’s a better thing, that it’s better not to talk about sex. Like, the biggest rule possible is for kids, especially girls, to not have sex until they’re married, and even then they’re not supposed to enjoy it. Then kids go off to college and we’re like, “Now you’re adults! Go run your lives!” and maybe you get a talk at orientation. Maybe it’s my talk! But it can’t stand in for the 12 years of sex ed that you should be getting at school.

BB: Unscrewed focuses a lot on what you call “fauxpowerment.” Could you elaborate on that term?

JF: “Fauxpowerment” is my portmanteau for all the messages women get about the sort of quick-fix ways to feel sexually powerful, like posing for a boudoir shoot, or reading Fifty Shades of Grey, or taking a pill that doesn’t really work, or buying any number of millions of things. And that’s what passes for empowerment, and in fact what we need is not empowerment. We need actual power. “Fauxpowerment” is appealing because most women, I think, have this sense that they’re doing sex wrong, which is not an accident. [It’s] created by capitalism and the church, and a lot of folks use it to control women in various ways. When you see, “Oh, I’ll feel so much better if I do this thing,” it’s an easy sell. Because the real answer, that we have to work together and organize and change the systems of our culture…that’s really hard work, and it seems impossible to a lot of people that aren’t already activists.

BB: About this organizing to work together—

JF: I know I sound super socialist, but it’s more about community to me. If you feel isolated and you don’t know where to start, just find some people who are already working on an issue you care about, and ask them how to help. We don’t all have to be leaders. Leaders need followers. It’s about us having each other’s backs. Any freedom that’s individually based is usually based around an idea of exceptionalism, like when some women say, “I don’t have this problem, so I don’t have to care about the women that do.” But usually that is provisional and can be taken away from you.

BB: What advice could you give for up-and-coming student activists, especially considering our current political climate?

JF: I know a lot of young activists that are working on sexual assault on campuses are feeling incredibly demoralized by the Trump administration, and look, I also feel demoralized. But backlash is part of the cycle of change. Change is not linear, and I think that your generation hasn’t lived through the whole cycle yet. You lived under Obama, and I’m so glad about that, but it’s harder when you haven’t lived through the cycle. People have been working on these issues for a long time, and people will be working on these issues for a long time.

Correction, Nov. 4: A previous version of this article falsely stated that Friedman said, “Any freedom that’s individually based is usually based around an idea of essentialism.” The quote was misheard, and correctly altered from “essentialism” to “exceptionalism.”