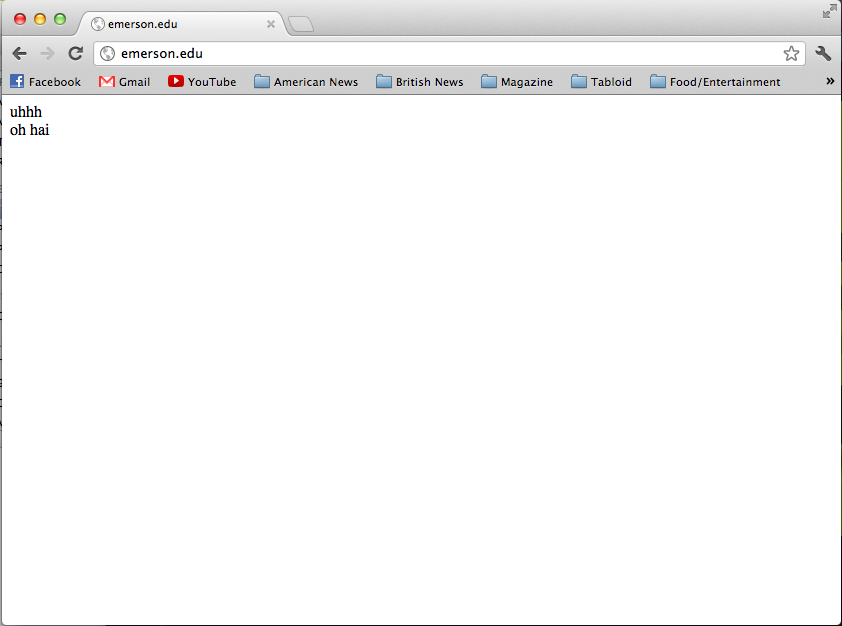 Other pages were unchanged and the site was restored by 9:10 p.m. Information technology staff created the page while repairing a server issue, the college tweeted.

“IT says we were not hacked,” read a tweet from @EmersonCollege. “It was a server issue that is now resolved.”

Five minutes later, the college tweeted that the unusual error page was a “placeholder testing text for load balancing failures.”

College officials could not be immediately reached for comment.

“Might I offer you a tip?” he tweeted to @EmersonCollege. “Construct a better placeholder that doesn’t make it seem like you were hacked.”

The college promptly replied, saying it agreed with Keys’ advice.

“We agree. It’s been changed,” read the tweet to @ProducerMatthew. “But at least it offered some comic relief?”.

Correction: An earlier version of this story ran with the headline saying the college’s website was hacked. The homepage appeared hacked.