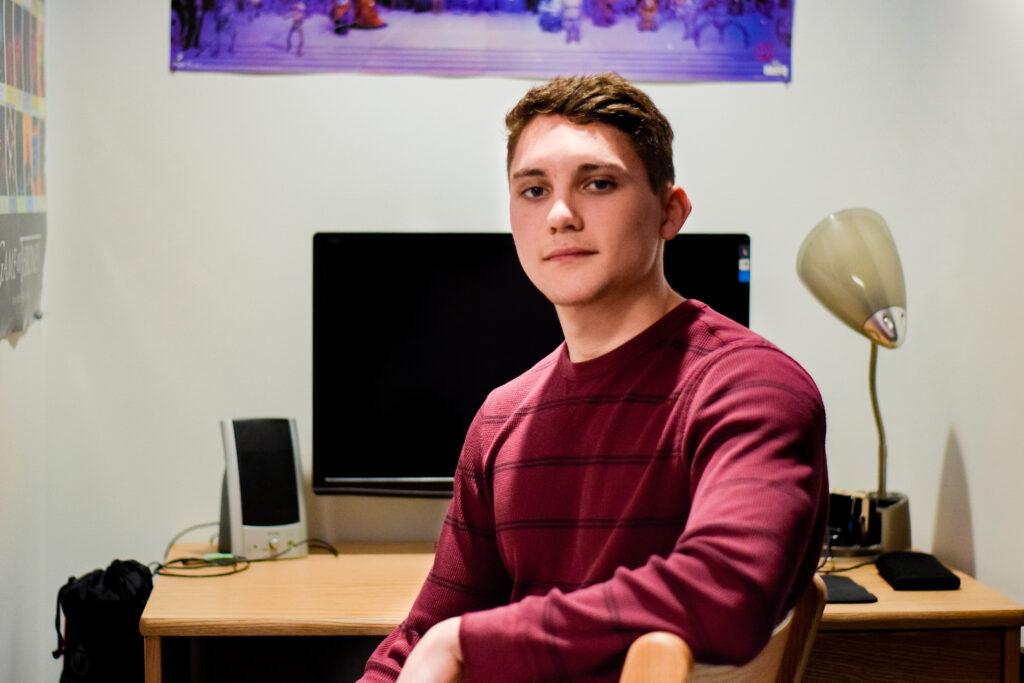 Senior Raven Devanney remembers sitting with her fellow resident assistants in a meeting in May 2019 when several college officials were going over new policies for RA contracts. Some of the RAs were sitting in circles, holding hands and crying. Many had their hands raised, facing the administrators in the front of the room.

The meeting welcomed new RAs into the program and reviewed the new contract for the upcoming academic year, which included rules that would have prohibited RAs from working other on-campus jobs, changed the way that RAs were selected to stay over breaks, and eliminated several higher-paying positions in the program.

In the new contract, the college removed the position of senior resident assistant, who would work an extra 10 hours a week in the office and receive $12 per hour for this additional work. Associate Dean for Campus Life Erik Muurisepp said they created extra office hours for students to work in order to provide more working opportunities for those denied the SRA position.

They also eliminated extra pay for RAs living in specialty communities—such as the Film Immersion, Active Living, or Substance Free floors. These RAs used to receive an average of $200 more per semester. Muurisepp said the college wanted to better define the RA position and remove extraneous positions within the job.

Senior Max Straubinger said he used to be the RA on the Film Immersion floor.

“If you’re an RA on one of those floors, you have extra work to do because it’s more of an educational community based on a certain topic,” he said in an interview. “The people who are on those floors are now not getting paid extra, but they have to do more work than the other RAs.”

In the past, RAs could volunteer to remain on campus during academic breaks, but the new contract requires the college to choose those staying at random. The college also eliminated the extra pay that they gave to RAs during breaks in past years. Instead, they will get $30 per day in ECCash to cover food expenses, according to an email sent to RAs on May 17, 2019.

During breaks, the dining facilities are not open, which limits their options to stores around campus that accept ECCash.

Straubinger said the main issue that the RAs had with the new contract was the rule that counted their duties as being 20 hours a week. Students working through Federal Work-Study, Emerson Employment, or Service Work-study are limited to working 20 hours per week when classes are in session, according to the student handbook.

Vice President and Dean of Campus Life James Hoppe said the college made the changes based on the assumption that the RAs worked 20 hours a week on average.

“Our initial approach was just to shave down the hours everyone can work so that we know for sure that everyone is in compliance with the law,” Hoppe said in an interview. “When we presented it to the RAs, I think a lot of them felt like it was a very last-minute decision.”

Devanney said that a majority of the RA staff works other on-campus jobs which they would have had to give up as a result of the new rule.

“Obviously we’re RAs because we care about the students and whatnot, but a huge amount of us are RAs because of financial reasons,” she said. “I wouldn’t be able to go to Emerson if I wasn’t an RA.”

Devanney said the college administrators present—Erik Muurisepp and Elizabeth Ching Bush—actively changed and edited the contract right in front of the RAs, and as soon as the RAs read the changes, hands shot up immediately to ask questions.

“[The contract] was riddled with misspellings and grammatical errors,” Devanney said. “It’s so difficult to take that seriously as a legally binding document when it’s like that—but it is.”

Devanney said the administrators at the meeting would only deflect their protests and couldn’t give them concrete answers to their questions.

“It seemed like they were expecting to just tell us something and for us to accept it because they’re the adults and we’re the kids and we have to do what they say,” she said. “When we started protesting about it, they seemed very thrown-off.”

Only a handful of the RAs in the room signed the contracts provided to them in May, Devanney said. However, when the college revised it later in the summer, a majority of the RAs did sign it.

“You could tell that the entire [RA] staff was unified against [the contract changes] which was, in a way, really nice to have everyone come together like that,” Straubinger said.

“What that tells me is that they were either lying to us about this new law or they weren’t willing to try hard enough to make it work in the first place,” Straubinger said.

Straubinger said this waiting time was extremely stressful for many of the RAs. If the policy around working hours remained, many would have declined the position altogether. This would mean that they would need to go find other jobs and a different place to live.

While the college resolved the working hours issues, the policies about the senior RA position and the break RAs still stand. In an email to the RAs, Ching-Bush wrote that break duty will be added to the weekend duty rotation which all RAs participate in. She wrote that all of the shifts would be assigned during August RA training and that students could change or trade their assigned hours through the residence directors.

“Something will happen where the RAs will be treated as if we’re sort of just naive and ignorant and can be talked down to and pushed around,” she said. “And then we’ll push back and clash heads and they’ll eventually do something to settle everything down.”

In the June email, Hoppe wrote that the college’s intention was to provide information to the RAs as soon as possible while acknowledging their mistake.

“In talking with several of you, the level of frustration and hurt was made clear,” he wrote. “I hope you will understand that the timing of the initial announcement was our mistake, and we sincerely apologize. Please know that we deeply value our RAs; you are all student leaders and a valuable part of our residence life team.”

Both Straubinger and Devanney said they have felt disrespected by how the college treats the RAs.

“I really hope that in the future they start to realize that RAs are very integral to this school and we do a lot,” Devanney said. “They will get better results from us if they treat us with more equality and dignity and respect. Because they really treat us like we’re naive, and they don’t take us seriously until we prove to them that we have lawyers and can unionize.