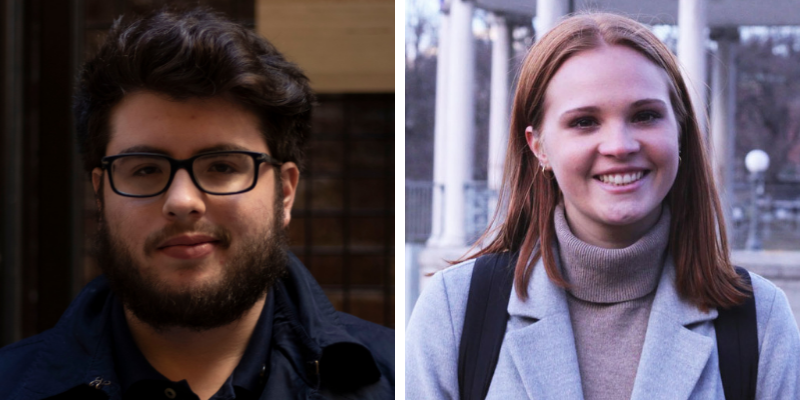 Republican student organization leaders believe an executive order signed by President Donald Trump on March 21 will improve the political climate at the college, even if the freedom of speech order will not directly affect Emerson.

The order will limit federal research grant funding for public universities that don’t uphold the first amendment, while private institutions can adhere to their own free speech policies, according to the Trump administration. While the order is largely symbolic, President of the Emerson Chapter of Turning Point USA Camilo Vilaplana said the order is important because it will discourage colleges from discriminating against conservative groups.

“The colleges that are not complying with giving time equally to either side are not going to [have federal research] funding,” Vilaplana said in an interview. “I think that’s a good idea.”

“Even though Emerson isn’t necessarily affected, I think it was a great thing for [the] Trump administration to do,” she said in a phone interview with the Beacon. “To protect [the First Amendment] on college campuses will only help the political discussion going forward.”

Student Government Association Executive Vice President Raz Moayed said that, while Emerson should expose its students to a more diverse set of opinions, it shouldn’t be forced by the president.

“Do I think Emerson needs a way to expose their students to the real world? Yes,” Moayed said in a phone interview. “Do I think it needs to be mandated? No.”

Moayed said that she thinks Emerson creates safe spaces for its students to express themselves freely, but that there is work to be done in the classroom.

“I think what [Emerson is] good at is making sure that the extracurriculars maintain safe spaces,” Moayed said.

“I feel extremely comfortable that we comply with the statement on freedom of expression,” he said. “But the safety of our students is first and foremost. Both the students that are organizing [an event] and the students who may want to protest.”

This past fall, President M. Lee Pelton refused to house a forum for the Forbes 30 Under 30 event that featured Republican Sen. Jeff Flake, citing safety concerns.

Forbes initially scheduled the event for the Emerson Colonial Theatre, but after a student outcry over Jeff Flake’s vote in the confirmation hearings for Supreme Court Justice Brett Kavanaugh, the college decided to cancel the forum. It later moved to Boston’s City Hall Plaza.

President Trump first mentioned the executive order during his speech at the Conservative Political Action Conference on March 2.

The president issued the executive order in response to conservative activists saying they felt silenced on college campuses, a sentiment both Vilaplana and Payne said they shared.

“Every time somebody speaks out and says something that does not align with the views that most people have here, there are always students—and sometimes even professors—that will come [at] you and attack you,” Vilaplana said.

Payne echoed Vilaplana and said she feels that her thoughts aren’t respected at Emerson because of her political beliefs.

“Once I come out as Republican, not only in the classroom, I [am] seen in a different way,” Payne said. “But the things that I’m saying automatically aren’t validated. In Emerson classrooms, no matter what I say, it’s always going to get pushed back just because [of] the fact that I shared those beliefs.”

Meier said he receives complaints similar to Viliplana’s and Payne’s and said he wants to make sure opposing positions have a space on campus.

“We want to make sure that everyone [has] the right to be able to share viewpoints,” he said, “While they may be challenging, it is a viewpoint.”