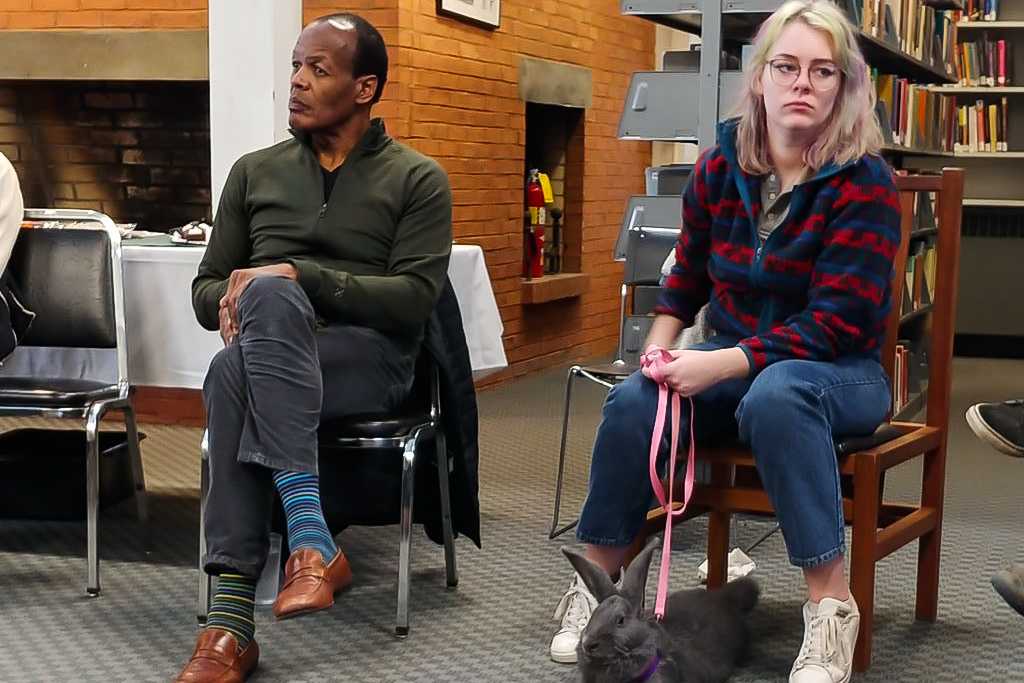 This Wednesday, President M. Lee Pelton set foot in Marlboro College for the first time since announcing the Marlboro-Emerson merger. Emerson plans to absorb Marlboro’s endowment and welcome any interested students to our Boston campus next year. During the weekly Town Meeting and in a breakout session later in the day, Pelton addressed students’ concerns about the school’s fate and the future of its community.

“I see in this place a place of magic, creativity, a place where independent-minded people and where students have agency,” Pelton said of the Vermont campus in the meeting.

Visiting the campus this week was a good first step for Pelton. He began to establish a working relationship with potential new students and immersed himself in Marlboro’s quiet campus culture. But it’s essential Pelton’s tour does not mark the end of communication between him and the affected community.

We implore President Pelton and the Emerson administration to make themselves available to these students going forward. Though one student said the president’s time in Marlboro “didn’t scratch the itch like we needed it to,” the visit foreshadows a promising future of dialogue with an onslaught of students still processing the news of their campus’ impending closure.

Right now, Pelton holds open office hours, dinners at his Beacon Hill home, and private meetings by appointment at Emerson. Still, a number of students here graduate without ever shaking hands with the president or having him learn their names. The Beacon’s editor-in-chief and news staff regularly meet with Pelton to discuss student affairs, but even most of our paper’s staffers have yet to sit down with the college president.

It’s vital Marlboro students don’t face the same situation. The Marlboro community should not have to schedule meetings through a secretary or be forced into increasingly bureaucratic processes to talk with Pelton. Students’ emails should not be lost in administrators’ inboxes; their voicemails should not go unheard.

As students at a rural institution with fewer than 150 undergraduate students and less than 30 tenured or tenure-track faculty members, the Marlboro population is used to interacting with President Kevin Quigley on a regular basis. But Emerson’s size and location simply prevents Pelton from having a similar personal connection with every student at this school.

Emerson College falls well under the 5,000-student threshold required to be a medium-sized institution. We benefit from the advantages a small college brings—close access to our faculty and staff, a tight-knit student community, and an accessible campus. But our closeness bears no comparison to the culture at Marlboro College.

The Vermont school is defined by its togetherness. Students describe it as a “safe place” where they are free to explore the topics they are learning about—one junior said the “isolated” environment brings everyone together. In fact, the population of the entire town of Marlboro wavers around only 1,000 residents—roughly the number of students who live in Little Building.

Our community can also benefit from adopting Marlboro’s communication within its own campus. According to the 2019 Princeton Review, the college ranked second on the list of the most active student governments. Marlboro students hold significant stake in determining the actions their college takes. Emerson should focus on replicating the success of their student government and adopting the transparent conversations taking place on the Vermont campus in the upcoming year.

As the merger inches ever closer, many Marlboro students remain skeptical about the people in power who run our campus and about their own futures. The moves made by Pelton and upper-level administration this week should mark the beginning of intercampus communication—not the end. If Pelton fails to further engage with the Marlboro community in this way, our college will have failed to properly welcome a vital and unique new side of our student population.