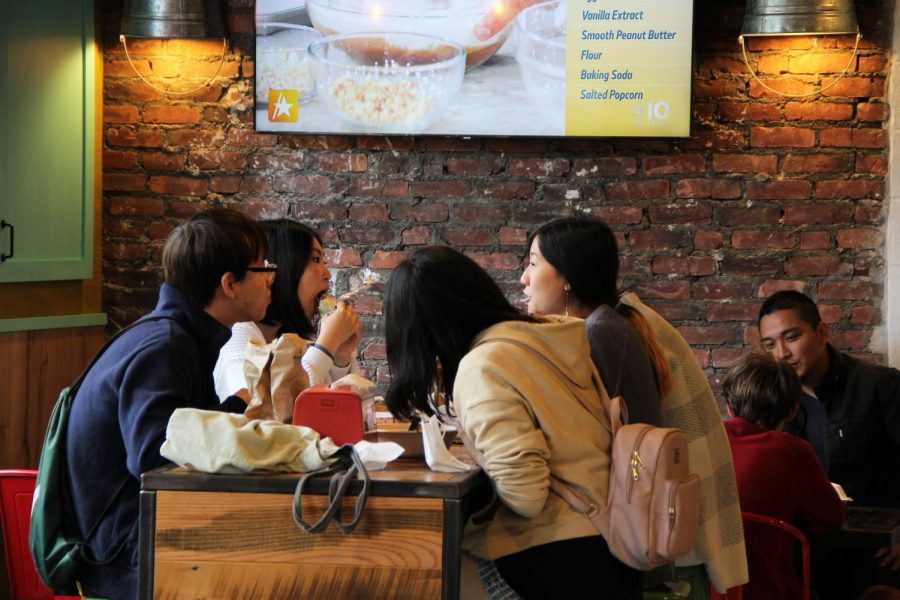 After over a year of pandemic restrictions stunting business, restaurants in Downtown Boston are finally seeing a semblance of normalcy, embracing a return to regular seating, relaxed dining regulations and throngs of college students returning to campus.

“We’ve definitely noticed the new crowd of young kids,” said Solomon “Sol” Sidell, who owns South Street Diner on Kneeland St. “One hundred percent, the atmosphere is back in Boston.”

For the first time since March 2020, eateries near the college can serve a student body uninhibited by pandemic-era online learning. However, they are still adjusting to the state’s revised COVID guidelines—or, more recently, the lack thereof—regarding indoor dining.

For restaurateurs like Sidell, the fall promises to be a season of increased revenue and foot traffic after several months of depressed earnings brought on by indoor dining restrictions and the departure of college students over the summer.

“Now that we’re ‘in season,’ I would probably say 25 percent of the business is local college students,” Sidell said. “You have students from outside the city coming in for a late night meal once in a while, but the Emerson students—and Suffolk and Northeastern students—are the ones that come on a consistent basis, three, four or five times a week.”

Both Boston’s student and working populations have swelled in the past month, as both groups return to in-person settings after having been largely online or hybrid modalities. In December 2020, foot traffic in the center of Boston was down 80 percent from the previous year’s average; in the six months between then and July 2021, the same figure rose 138 percent, according to a study from the Downtown Boston Business Improvement District.

The increase in professional workers in the area, many of them from the Emerson-adjacent Massachusetts Department of Transportation building or the city’s nearby financial district, has provided a boon for businesses like El Jefe’s Taqueria, owned by John Schall.

“We’re getting a fair number of residents from the neighborhood,” Schall said. “It’s still a pretty busy corner of Boston.”

El Jefe’s, along with other local establishments such as Tatte Bakery & Cafe and Garbanzo Mediterranean Fresh, ceased to be a full dining alliance partner with Emerson when the college announced that it would be curtailing its Board Bucks policy for the fall term to on-campus eateries only. As a result, Schall feared his business would lose revenue from Emerson students, who could no longer eat there on a meal plan.

“I was worried a little bit,” he said. “But that worry went away really quickly.”

Instead, El Jefe’s has thrived since the onset of the fall semester. In fact, Schall said the Boston Common location actually generated more revenue in the last several weeks than it did in the same period last year.

“The increase in sales we’ve gotten from building up a relationship with them has more than offset the lack of Board Bucks from last year,” he added.

Schall said the lifting of Boston’s pandemic-related occupancy restrictions, which once limited restaurants to operating at 25 percent capacity, also buoyed his business. But where these restrictions limited some businesses, they forced others to think creatively.

In response to the pandemic, South Street Diner expanded its outdoor seating capacity to the adjacent parking lot. Customers loved the outdoor option so much, the establishment decided to keep it even after the city lifted capacity restrictions.

“The idea is to break even the first year—you’re hoping,” he said, “And then as time goes on, you get a return on your investment.”

Nevertheless, the longtime owner-operator said the pressures of the pandemic gave him a new perspective on dining.