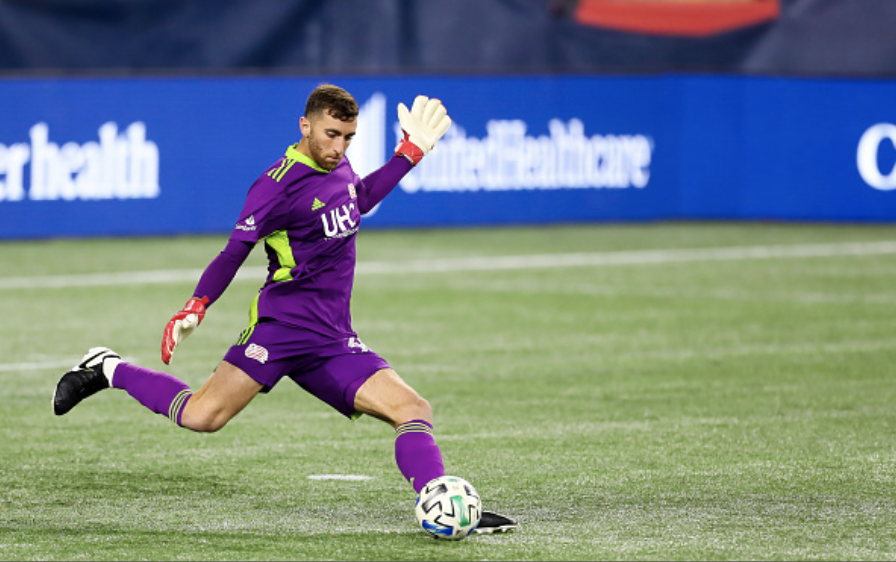 New England Revolution named the winners of the Revolution Team MVP, Golden Boot, Player’s Player, Defender of the Year, and Humanitarian of the Year awards on Thursday, Nov. 12.

The awards were announced by the team on its website, and they held a subsequent press conference over Zoom with the winners and head coach Bruce Arena.

Turner put forth stellar performances in 2020, playing in 22 of 23 games and breaking multiple team records. Turner allowed only 1.08 goals per game, the fewest a Revolution goalkeeper has allowed in 25 years in MLS. He also recorded six clean sheets throughout the season,, and he was in the top three best goalkeepers in the league.

Turner’s season is a testament to the need of having a skilled and consistent goalie between the sticks in order for a  team to achieve success. As the Revs head into the playoffs, Turner is bound to be tested, and hopefully he will continue to add to his clean sheets.

Teal Bunbury also racked in two awards. Bunbury was awarded the Golden Boot award as the team’s leading scorer,, scoring eight of New England’s 26 goals this season. Bunbury has stepped in for Carles Gil, who carried the team in goals last season before his injury. Bunbury scored four goals in the last seven games to help New England ensure a playoff spot. Bunbury also cemented himself in the record books, becoming the fourth-highest scorer in club history with 42 goals and joining an exclusive club of only 11 players to have played more than 200 games for the team.

Additionally, he was named Humanitarian of the Year. Throughout the year, Bunbury organized the “Back to School Kickoffwith the Revs” raised over $12,000 to help 40 families in the Boston area acquire materials needed for school. The striker also joined forces with Providence Rescue Mission in Providence, Rhode Island to create “Teal’s Turkey Club,” which raised $8,000 and fed 200 families.

The last winner of the night was rookie Henry Kessler, who was named Defender of the Year. Kessler became the second rookie to win this award in Revs history, and he won it in fashion. Kessler played 22 out of 23 games and started in 19 of them. He was active in every clean sheet the team recorded and registered 83 clearances, 34 interceptions, and 21 successful tackles—the best on the team in each category. He also played more games and minutes than any other rookie drafted in the 2020 MLS Superdraft. Kessler had a great debut season with New England, and he will definitely be one of the main players going forward.

The awards will certainly serve as a confidence booster as New England looks to keep its season alive against Montreal Impact in the play-in round of the Audi 2020 MLS Cup Playoffs on Friday. The team has had highs and lows this season and has proved to be inconsistent at times with an 8-8-7 record. The Revs enter the playoffs with a 1-1-3 record in the last five games, perhaps due to pressure and exhaustion, among other things. The fact is, however, that the playoffs are unforgiving, and there is no longer room for error. Hopefully this celebration of team accomplishments will motivate the squad to win.

There is nothing wrong with celebrating a player’s successful season, but the time to celebrate is over. It’s now time to take action and fully concentrate on Montreal.