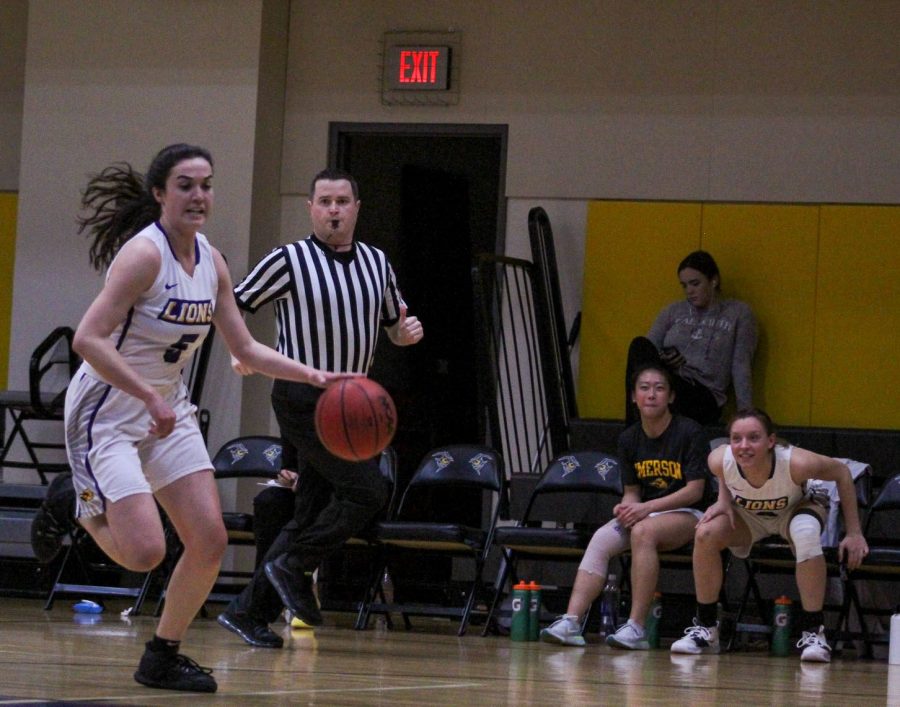 The women’s basketball team overcame a fourth quarter deficit against Worcester Polytechnic Institute to clinch a spot in the conference playoffs on Wednesday.

Seven teams make the women’s basketball New England Women’s and Men’s Athletic Conference tournament. Going into the game, the Lions ranked seventh in the conference with a 4-5 record. WPI, who held a conference record of 3-5, followed the Lions closely in the standings with two NEWMAC matchups remaining on their schedule.

The Lions are now in sixth place in the conference with The United States Coast Guard Academy behind them with a 4-5 record. While it is still unclear whether the Lions will finish sixth or seventh in the NEWMAC standings, seventh is now the lowest spot they can fall to.

Junior guard Rachel Davey scored nine of the Lions’ 15 first quarter points and shot 80 percent in the period. The Lions led by six at the end of the quarter after holding the Engineers to 28 percent shooting.

After scoring nine points in the first quarter, WPI scored 18 points in the second period. The Lions’ starters scored four points in the period, and the Lions went into halftime tied with the Engineers at 27-27.

Davey scored another seven points in the third quarter, but WPI outscored the Lions by five to give them a lead going into the final 10 minutes. Both teams shot over 50 percent in the fourth quarter, but six turnovers by the Engineers turned into eight points for the Lions.

After trailing for the entirety of the fourth quarter, a three-point shot with 2:05 remaining in the game by senior guard Kate Foultz tied the score at 57-57. Foultz followed this up with her second three-pointer of the quarter to give the Lions a 60-58 lead with 56 seconds remaining.

WPI made a layup to tie the game with 24 seconds left, and the Lions ran the clock down to the final seconds before the Engineers fouled junior forward Sam Boyle. She made both free throws, and the Lions went on to win the game by a score of 63-60.

If the Lions finish the season in sixth place in the NEWMAC, they will face the third-seeded team. Smith College, MIT, and Wellesley College are currently tied for this spot. The Lions defeated Smith 68-66 earlier this year but lost to MIT and Wellesley.

The Lions finish the regular season on Saturday, Feb. 22, with a non-conference matchup against Dean College at home.