The Berkeley Beacon • May 6, 2015 • https://berkeleybeacon.com/robin-roberts-good-morning-america-co-host-to-deliver-commencement-speech/ 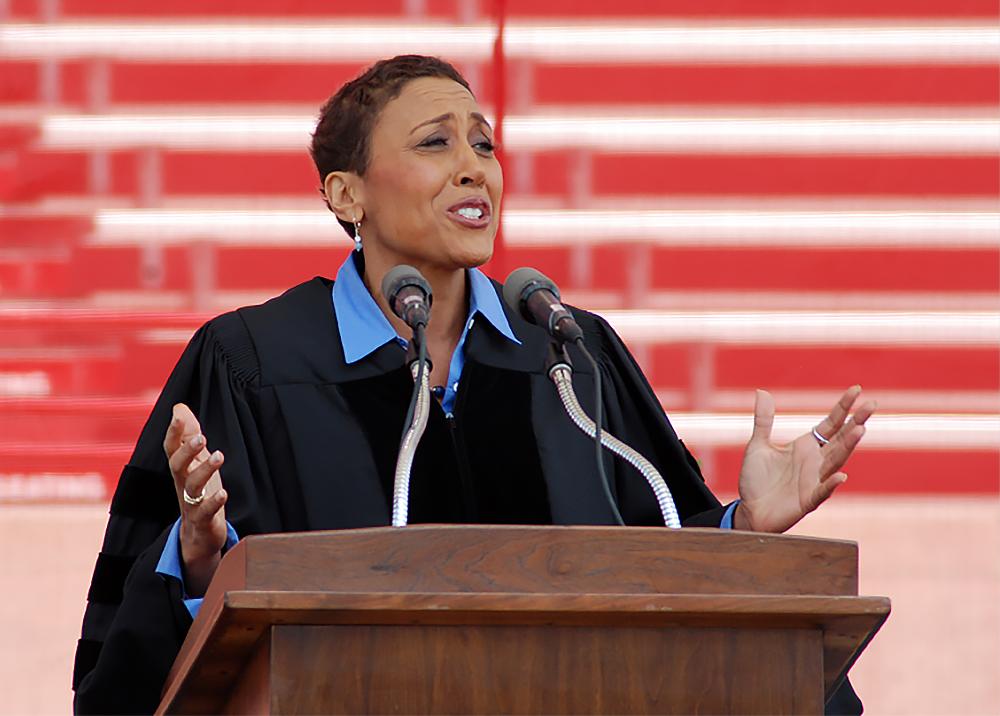 In two weeks, Robin Roberts will say “good morning” not to America—but to Emerson.

Roberts, the co-host of ABC’s Good Morning America, was announced as the speaker for this year undergraduate commencement ceremony, scheduled for May 18.

Megan Marshall, a Pulitzer Prize-winning author and Emerson professor, will give the graduate address, according to the college’s website.

The college, per tradition, also plans to recognize several civic leaders by granting them honorary doctoral degrees, according to its website. This year’s recipients are Natasha Trethewey, a former U.S. poet laureate; Anne Hawley, the director of the Isabella Stewart Gardner Museum; and Cheri Blauwet, a Paralympic medalist and physician at Brigham and Women’s Hospital. Roberts will also receive an honorary doctoral degree.