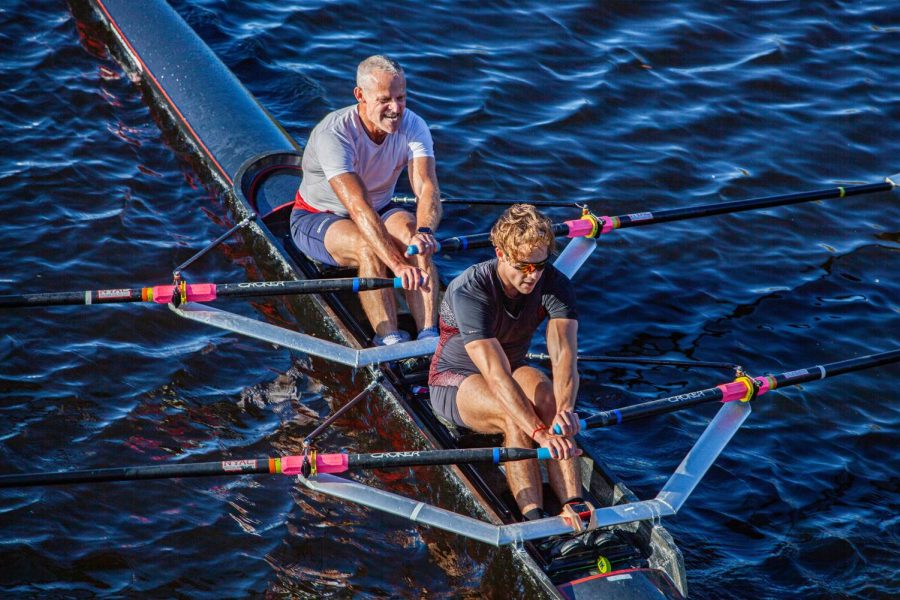 The 56th annual Head of the Chalres Regatta made a triumphant return to the Charles River between Oct. 22 and 24, with legions of rowers competing in the annual race after it was held remotely amid the COVID-19 pandemic in 2020.

The Head of the Charles is an annual rowing competition hosted over two days at the end of October. 2020 was just the second time in its history–since its founding in 1965–that it was cancelled. The first cancellation was in 1996 due to weather conditions.

Although the competition features over 60 different events, there are four events in the collegiate division––men and women’s eights and four person. These events are typically held to a higher standard.

This competition has up to 40 teams facing off against each other. It starts at Boston University’s Boathouse and races three miles upstream passing five rings as checkpoints until the finish line.

The Head of the Charles is the second landmark athletic event to return to Massachusetts in recent weeks after the Boston Marathon made its triumphant return on Oct. 11.