Scoops, she did it again: Alum turns popular blog into ice cream business 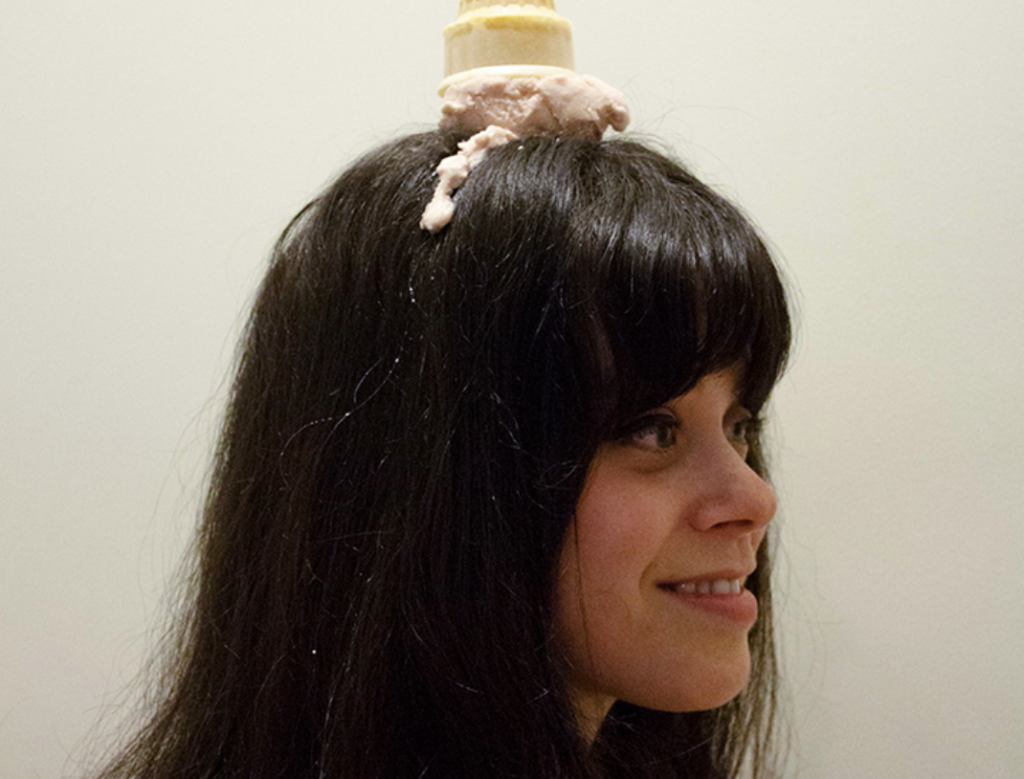 WELL, Netherlands — Cardamom, ginger, cayenne, rose petals, plantains. What about anise seeds, orange zest, or cow milk from Jersey, the European island? Emerson alumna Chloe Jankowitz is in the middle of developing a new ice cream flavor, and the process is thorough.

Jankowitz, 28, graduated with a visual and media arts degree in 2009, but wound up pursuing a more unusual path: She is now the owner of Scoopsies, a small ice cream delivery service based out of her own Somerville home.

Jolie Jankowitz, Jankowitz’s sister and also an Emerson alumna, said her sister was always passionate about ice cream, and Jolie could tell it would grow into something bigger.

Emack and Bolio’s. That’s when her passion for ice cream really kicked in,” wrote Jolie Jankowitz in an e-mail to the Beacon..

But Jankowitz said she wasn’t sure she would ever start her own brand.

“I always had it in the back of my mind,” she said in a Skype interview. “I never thought I would actually do it, though.”

At last, an opportunity arose for Jankowitz a few years out of college, at a time when she said she wasn’t sure what to do with her life. Feeling frustrated with her work, Jankowitz turned to what she always found comforting—ice cream. In 2012, she said she taught herself the ropes of the ice cream making process, spending hours perfecting texture and flavor.

“It was kind of perfect,” said Jankowitz. “I didn’t really know what to do with my life, but this was fulfilling for me.”

In the beginning, Jankowitz said, she had been experimenting with new flavors every few weeks. But in 2013, she decided to stretch her confectionary capabilities by making a challenge for herself: creating 100 new flavors in one year.

“I was thinking of ways to force some discipline with my ice cream making,” she said. “I wanted to do something that would actually be a challenge. I wanted it to be a deeply personal mission and at the same time, have it engage my community as much as possible.”

Jankowitz launched a blog called Scoopsies to document her experience, posting photos and a description of each new flavor, and people began to take notice. Although the production line was small—just one ice cream maker in a Somerville kitchen—the reaction was sizeable.

“In a matter of months,” he wrote in an email to the Beacon, “she had the Boston Herald reaching out to her, she’s in the Boston Globe, she has publishing companies emailing her for book deals.”

Chloe Jankowitz had a collaborator, Sarah Hayes, who was mentioned in the project’s early materials and press, but is no longer included in Scoopsies publicity, and Jankowitz didn’t mention Hayes in her interview with the Beacon.

Jankowitz said the last 10 flavors she produced were all sentimental. She had studied at Kasteel Well, Emerson’s program in the Netherlands, in 2007 and said she had to incorporate that experience.

“For flavor #98, I made a stroopwafel [Dutch cookie] ice cream base and mixed in pieces of stroopwafels,” she said. “I also threw in bits of homemade Limburgse Vlaai, a Dutch pie native to the province that Kasteel Well is in. I then sandwiched the ice cream between two stroopwafels, and called it Double Dutch.”

Jankowitz said she strives to create flavors that are personal rather than gimmicky, which is why she was compelled to create the Double Dutch.

The popularity of the blog, along with new potential customers, motivated Jankowitz to launch Scoopsies as a brand.

“During the project,” Jankowitz said, “I had so many people asking me, ‘Where can I find your ice cream?’”

Today, Jankowitz said she has been asked to cater local events and private parties, gotten interest from investors, and met with local restaurants to discuss adding Scoopsies flavors to their menus.

Jankowitz said she has created about 200 flavors to date, including Turmeric Winter Spice and Cinnamon Chai Cookie, and said she enjoys getting suggestions.

“Often I’ll have a friend come to me with a combination of two or more ingredients—usually ones that they’ve never tried together but have always wanted to,” Jankowitz said. “My friend Tom requested a Peppermint Pistachio which I had to do. Two ingredients I would never think to combine. It was a surprising success.”

Customers can go to the Scoopsies website to purchase pints of ice cream and choose anywhere from 10 to 20 available flavors simply by clicking on their pictures. Orders are then individually delivered, and currently limited to the Boston area.

“It’s very steady,” said Jankowitz. “I’m selling out of some flavors and have total strangers putting some orders in.”

“We had leftovers because we ordered so much, but they didn’t last long because everyone loved them,” Tarbet wrote in an email to the Beacon.

In the future, Jankowitz said she intends to move into a commercial kitchen, which will allow for a larger production scale and help her launch a monthly subscription program. She said she also wants to maintain her connection with Emerson.

But for Jankowitz, Emerson isn’t just another money-making opportunity; it’s a place that provided her with an important source of inspiration and, she said, helped to prepare her for her business today.

Correction, Dec. 7, 2014: A previous version of this article incorrectly described the cow milk Jankowitz uses as being from New Jersey. It is from Jersey, a bailiwick off the coast of France.