Search for permanent Emerson AD on the horizon 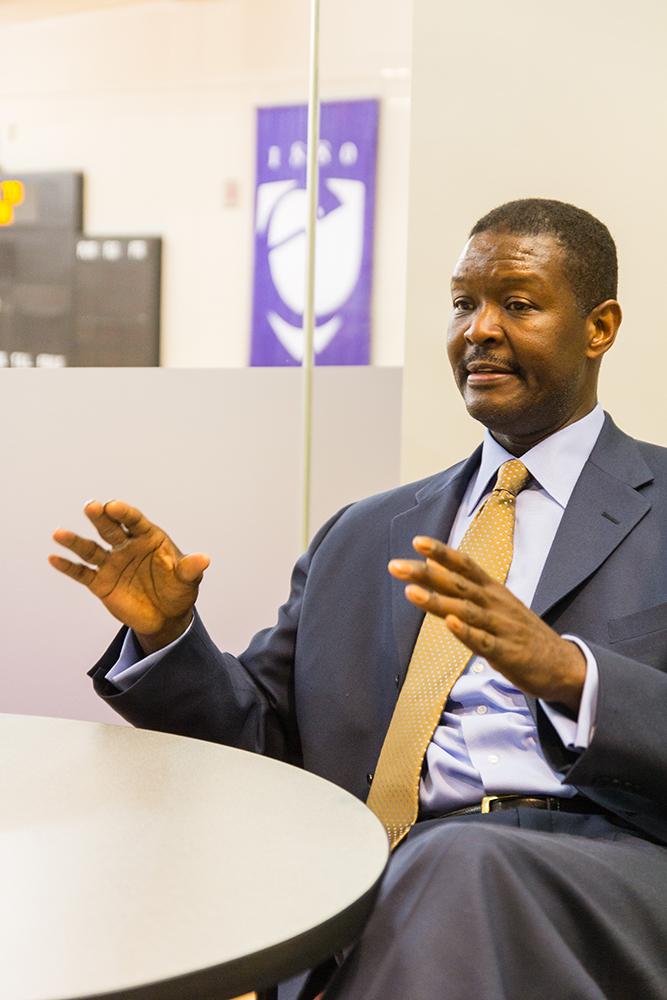 Emerson College went the full 2012-13 academic year without a permanent athletic director, but now, some 15 months after former Emerson Athletic Director Kristin Parnell resigned, the administration’s plans are finally coming into focus, with movement expected by this winter.

“I want to let you know that Emerson has retained the services of Alden & Associates, Inc. to help the College conduct a national search for a permanent Athletic Director,” wrote Dean of Students Ronald Ludman, who oversees the athletic department, in an Aug. 13 email to student-athletes.

Alden & Associates is an executive search and consulting firm that operates out of Florence, Mass., listing a specialty in intercollegiate athletics on its website. Formed in 1999, the firm cites having previously done high-level athletic administrative searches for four members of the New England Women’s and Men’s Athletic Conference of which Emerson is now a member.

Emerson President M. Lee Pelton announced the formation of the Athletics Working Group in an email to the student body on April 25, 2012, naming Ludman as chair. The 14-member group — which included interim athletic director Stanford Nance — met over the Fall 2012 semester. Parnell announced her resignation on May 17, but an AD search was postponed until the group concluded its research.

“The goal there was to try and kind of benchmark where we were in comparison to these schools that we’re going to be competing against in the NEWMAC,” Ludman said. “The thinking there was, ‘Well, before we go and hire an athletic director, let’s make sure we fully understand what the needs of the program are.’”

According to Ludman, he submitted the Athletics Working Group’s findings to both President Pelton and the board of trustees, who approved the opening of an AD search.

“I started to do a little research and called three different schools that all had done relatively recent searches,” said Ludman, who said he reached out to other well-regarded private colleges in Babson, Bowdoin, and Wheaton.

Babson and Wheaton are both in-state schools and two of the original six members of the NEWMAC. Bowdoin is a fellow Division 3 college located in Maine.

As far as any specific qualities Emerson will be looking for in its athletic director, Ludman said strong management and people skills will be important. Other than that, he’s waiting for Alden & Associates to visit the campus sometime during the fall semester, whereupon they’ll conduct interviews with athletes, coaches, administration, and other key stakeholders in Emerson’s athletic interests.

Ludman estimated that from there, a search would take roughly three months.

“Maybe the process took so long because so many great people already in the athletic department stepped up, so they felt like they had the role filled,” said junior Kat Rice, a middle blocker on the women’s volleyball team. Rice gave positive reviews of Nance’s family-oriented leadership style.

Ludman noted improved morale among staff and students under Nance.

Nance said he has not yet considered his response if he were to be passed over for the permanent athletic director position and asked to return to his former role, but feels that he has “a pulse for what we need,” due to his time at Emerson.

A disciple of recently deceased former Emerson AD Rudy Keeling, who preceded Parnell, Nance was hired as assistant athletic director in 2003 after coaching men’s basketball under Keeling at Northeastern University.