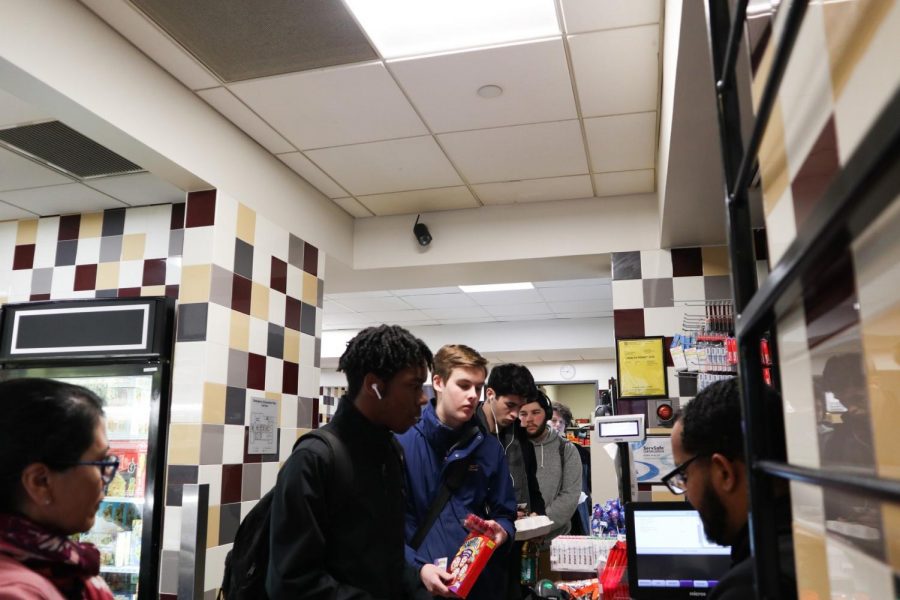 The college’s Facilities Management Department installed three new security cameras at the Max due to security concerns and an increase in missing products, according to college officials.

“It’s been a long time coming,” Resident District Manager of Bon Appétit Dawn Sajdyk said in an interview with The Beacon. “It should have been done last year, and honestly, with our first year, it kind of got pushed to the back side of things.”

Conversations of adding security cameras resurfaced during the fall 2019 semester, but the college delayed installing them until students went on break.

“It was a few months ago we talked about [adding the security cameras] and we just said, ‘Well, let’s wait until winter break so we’re not too disruptive,’” Joseph Knoll, director of Facilities Management, said in a phone interview.

Prior to January, the Max had only one security camera, near the entrance to the employee office. The three new security cameras are located by the register, the front entrance, and overlooking the middle aisle of the Max.

“For us, it’s more for security measures,” Sajdyk said. “My number one priority is always safety—to make sure we are watching doorways and that we don’t have anything going on that’s going to harm anybody.”

Sajdyk said the installation of the security cameras is just for safety precautions and was not spurred by any security violations in the Max.

“I think, just in general, it’s just a good practice to have,” Sajdyk said.

Bon Appétit also added a panic button for staff at the Backstage Café over winter break, Sajdyk said. The panic button, when pressed, immediately alerts the college’s police force who then sends officers to respond at the location. Bon Appétit installed new cameras and a panic button to increase the security for students and staff members alike, Sajdyk added.

Assistant Vice President of Facilities and Campus Services Duncan Pollock said in a phone interview that along with increasing security, there were concerns about missing items at the Max.

“There was definitely an increase of lost product,” Pollock said.

Bon Appétit does not keep daily inventory records and could not confirm if product loss had increased at the Max since previous years, Sajdyk said.

“We’re not accusing students or anything as far as any kind of theft, but [the Max] is accessible by a lot of different people,” Sajdyk said. “I don’t know if it’s more than usual, but there’s always been an issue with products disappearing from [the Max], and so [we are] just trying to narrow that down and hopefully deter it a little bit.”

The Emerson College Student Union voiced concerns about the increase of surveillance in the Max affecting students suffering from food insecurity.

“Food insecurity is a massive problem on campus, and we are so grateful Emerson chose to address it by using our money to buy cameras to surveil students forced by our expensive cost of living to steal in order to eat,” Emerson College Student Union wrote in a post on their Instagram page on Jan. 13.

The security footage in the Max is not monitored daily, but Sajdyk said it is used by Bon Appétit to replay footage if an issue arises at the Max.