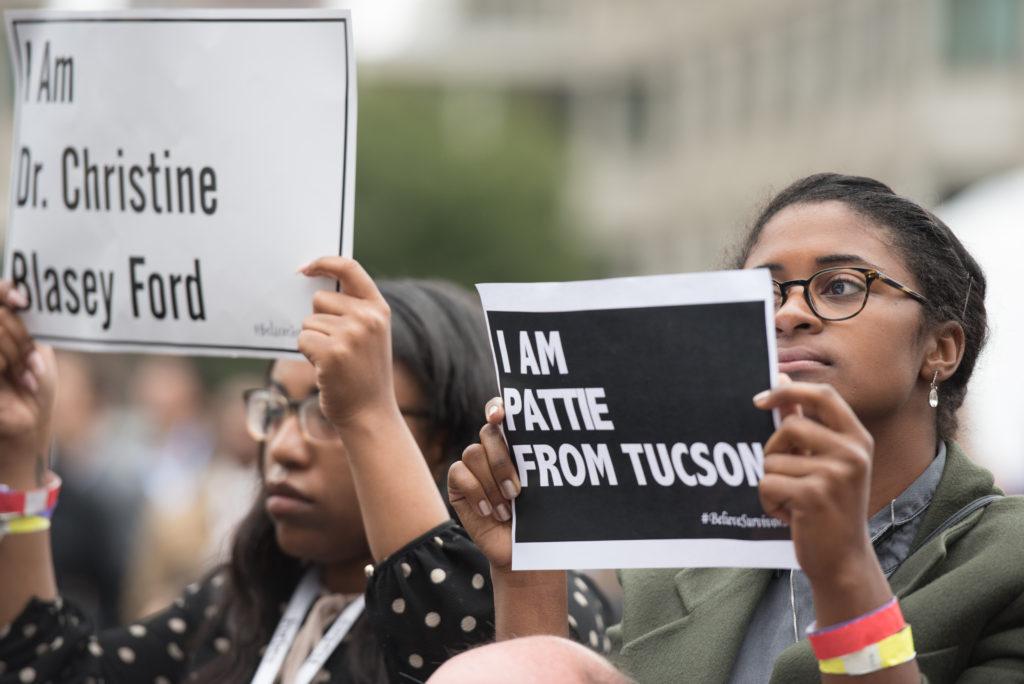 Senator Jeff Flake spoke to about 300 people at the Forbes 30 Under 30 Summit while 20 attendees silently protested in City Hall Plaza Monday.

Flake was originally slated to speak on a panel with Governor of Ohio John Kasich at Emerson’s Colonial Theatre at 11:30 a.m. However, due to security concerns, Flake’s panel was rescheduled to 1:45 p.m. in the Under 30 Village at City Hall Plaza, following former Secretary of State John Kerry.  Emerson students co-organized a protest outside the Forbes Under 30 Village in City Hall Plaza from 10 a.m. to 12 p.m.

Flake’s conversation with the moderator ranged from his new book, “Conscience of a Conservative,” to his thoughts on running for President in 2020. However, most of the questions focused on the hearings of Judge Brett Kavanaugh, President Trump’s Supreme Court Nominee.

Flake said Kavanaugh made an impassioned and raw defense against the accusations of sexual assault from Dr. Christine Blasey Ford.

“If I had been unjustly accused, that’s how I probably would’ve responded as well,” Flake said. “I felt still a lot of doubt after the hearings, and that’s why I thought it was important to find more information through an investigation.”

Flake’s affirmative vote on Sept. 28 helped take Kavanaugh’s nomination out of committee. That same day, Flake was confronted by two women about his support for the nominee. Video of this encounter went viral, and after the vote, Flake demanded an FBI investigation which has since begun. An image of the confrontation was shown during Flake’s discussion.

“I’ve gotten calls and emails and texts from women telling me of their experiences, and I know many of my colleagues have received them as well,” he said during the talk. “Dr. Ford emboldened a lot of women to come forward.”

Around 20 people attending the summit silently stood with signs that expressed support for Ford and other survivors of sexual assault. Morgan Payne, a senior at Texas Southern University, heard someone talking about the spontaneous protest before Flake’s discussion and asked to join in.

“I don’t know if [the protests] had an impact on [Flake]. He will believe what he wants to believe,” Payne said in an interview. “However, it always makes a difference, and it’s important that we continue to stand, continue to fight, and continue to put pressure on him.”