As Commencement is moved to a virtual setting and a fall in-person one remains up in the air, the Class of 2020 grads must rewrite their Emerson endings. 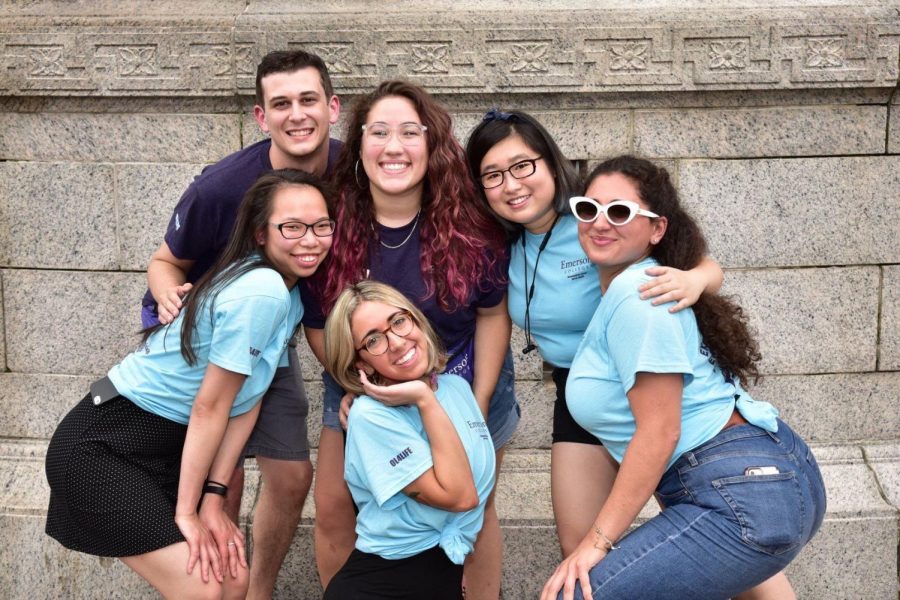 Senior Tatiana Melendez found out there wouldn’t be a traditional 2020 Commencement weekend only a week after her ELA classes moved online and she had to move back home due to the rapid spread of COVID-19.

“I’m an only child and an only grandchild on my mom’s side, so this was really a big milestone we’ve been looking forward to,” she said. “[I’ve been thinking] about my cap and gown for years. How would I decorate my cap and take group photos with my friends, sashes and cords, and how it would all look, and who the grad speakers would be, and it’s just all kind of washing away.”

Emerson administrators announced on Tuesday that 2020 Commencement weekend events would be held online. In a community-wide email, President M. Lee Pelton said officials were also discussing plans for an in-person event in the fall, although nothing has been finalized.

Seniors who planned to walk in May now face another abnormality associated with a virus that has rapidly spread throughout the world in mere months—the idea of graduating in front of a computer screen. In phone interviews with The Beacon, four students who looked forward to receiving a diploma in-person said they were disappointed but hopeful about the altered Commencement celebration.

The Centers for Disease Control and Prevention has an ongoing recommendation against mass gatherings, as they can contribute to the spread of COVID-19. Although the stay-at-home advisory issued by Gov. Charlie Baker ends on April 7, Pelton said the decision to cancel the ceremony in May came after considering the plans families make leading up to Commencement.

Pelton added that the virtual ceremony will take place as close as possible to the initially scheduled May 9 and May 10 commencement dates. Administrators are still determining how to distribute diplomas.

Colleges nationwide have made similar decisions to cancel, postpone, or digitalize their commencement ceremonies, including Harvard University and Massachusetts Institute of Technology.

“We felt that many, if not most students, would appreciate an event that would recognize their graduation on or around the date on which it was scheduled,” Pelton said. “Additionally, we have begun thinking creatively about how we might have a gathering or gatherings in the fall for the graduates.”

The college has not yet determined a medium for the online ceremony although officials are looking at several virtual platforms.

Pelton said the cancelation of Commencement is upsetting for the college as well as students, and hopes the online substitution will prove fulfilling under the extenuating circumstances.

“I deeply regret that the COVID-19 environment in which we find ourselves has required that we not be in person,” he said. “On the other hand, it is my hope that we will be able to create a virtual experience that students and their families will find to be meaningful and significant, and that we will follow up that virtual experience with some type of in-person occasion or occasions.”

Senior and Student Government Association Executive Treasurer Abigail Semple said she hopes students will take part in developing creative options for Commencement celebrations to make it a special occasion regardless of the circumstances.

“As members of SGA, we are working very closely with our administration to make sure that there are a lot of opportunities for this class to feel commenced,” Semple said in a phone interview from New Jersey. “The idea of doing a virtual commencement… doing that on its own does not feel ceremonial enough to conclude all of the work that I put into my Emerson career.”

She said an online experience may open the doors to options that weren’t feasible for an in-person ceremony, such as inviting successful alumni to record videos for the graduates.

“It’s a really great opportunity to get some really spectacular speakers that we might not normally get, because it’s a lower commitment,” she said. “It’s totally not all the same, but you have to find the happy at times like this.”

Semple said the camaraderie coming out of this experience will be unique to the Class of 2020.

“We’re not going to do graduation over Zoom. We’re going to do whatever we can to make sure that this is as normal as possible,” she said. “It’s just sad that this is the end of my senior year. But I also know that I share that with like, 1000 other people.”

Senior Kerry Ferrell said he agrees with the college’s decision to cancel Commencement, but was disappointed to learn that his family wouldn’t see him graduate in a traditional ceremony.

“I’m more disappointed for, honestly, my family members, [and] other people’s family members,” he said in a phone interview from North Carolina. “The act of walking and just being at a physical graduation isn’t as big of a deal just for me, but I know it’s such an important thing, and I wanted my mom to be able to see me walk, my dad, my grandparents.”

Ferrell, who said he plans to celebrate privately with his family, added that he likely wouldn’t be able to go to a fall Commencement if one were to happen because he hopes to have secured a job in another city by then.

“When [the pandemic is] all over, people are going to want to resume with their lives,” he said. “I’m not going to delay moving so that I can attend an in-person graduation, and if it doesn’t fit in with whatever becomes my professional schedule, I mean, I just won’t be able to be there.”

Despite obstacles, Ferrell added he is confident in Emerson’s ability to make the best of the circumstances and develop a good virtual experience.

“I’m interested in seeing what is put together,” he said. “Since so many people at Emerson are so creative, and it’s such a communicative and creative school, I think that whatever happens online will probably be well done, and a proper sort of send off. So I’ll definitely participate in that.”

While attending an in-person ceremony was not personally important to Ferrell, he understands why many students are disheartened.

“Quite a few of my friends are first generation college grads, and I do feel really deeply for them as well, because it’s a huge milestone,” he said. “I think there’s a lot of anger and disappointment and sadness that you can’t really project onto anything, because it’s such a surreal and uncontrollable kind of thing.”

Tatiana Melendez, who was at Emerson’s Los Angeles campus for the spring semester, said the cancelation of Commencement followed a long line of disappointments that have left her and her peers with whiplash.

“We got the email Friday, and by Tuesday, I was home,” she told The Beacon from Virginia. “Then here we are this next Tuesday, being told that commencement is postponed and virtual.”

Melendez said she hopes the college will plan a fall celebration to allow graduates some closure.

“We make Emerson part of our identity,” she said. “To have part of your identity be postponed is a very weird experience. You make it your whole world for four years, and to have that checkpoint be stripped away is really spiraling.”

Senior Daysia Tolentino, who also attended ELA this semester, said she and her family feel like they are missing out on an important experience by not having an in-person ceremony, but understand the decision and the circumstances surrounding it.

“Being the first [college student] on my dad’s side of the family, him seeing me graduate would have meant a lot. It kind of sucks, because he won’t be able to see me walk across the stage or shake Pelton’s hand,” she said in a phone interview from Boston. “It’s unfortunate. Not surprising, but unfortunate.”

Tolentino said she doesn’t understand or have confidence in the logistics of an online ceremony. Given the unpredictable nature of the pandemic, she said she hasn’t decided if she will attend a virtual or potential in-person ceremony.

“Things change not just week by week, but day by day, hour by hour,” she said. “So thinking months ahead, even a month in advance right now, it’s really difficult. Not to mention thinking ahead all the way to the fall.”

The class of 2020 came to Emerson months before President Donald Trump was elected—a time that Tolentino said draws interesting parallels to now.

“I entered Emerson during just like a shitstorm of absolute hellfire,” she said. “It feels fitting that I would graduate into just an equally chaotic, terrible time… It’s just anticlimactic to work so hard for four years and then not have that whole ceremony and just ritualistic type thing to just cap it off.”

Despite the disappointment, Tolentino said she is coming to terms with the new normal.

“The past week and a half, I’ve just been dealing with such a devastating blow to the end of my college experience,” she said. “I think I’m in the stage of acceptance right now.”

Jacob Seitz did not edit this article due to a conflict of interest.