Sexism in the journalism profession 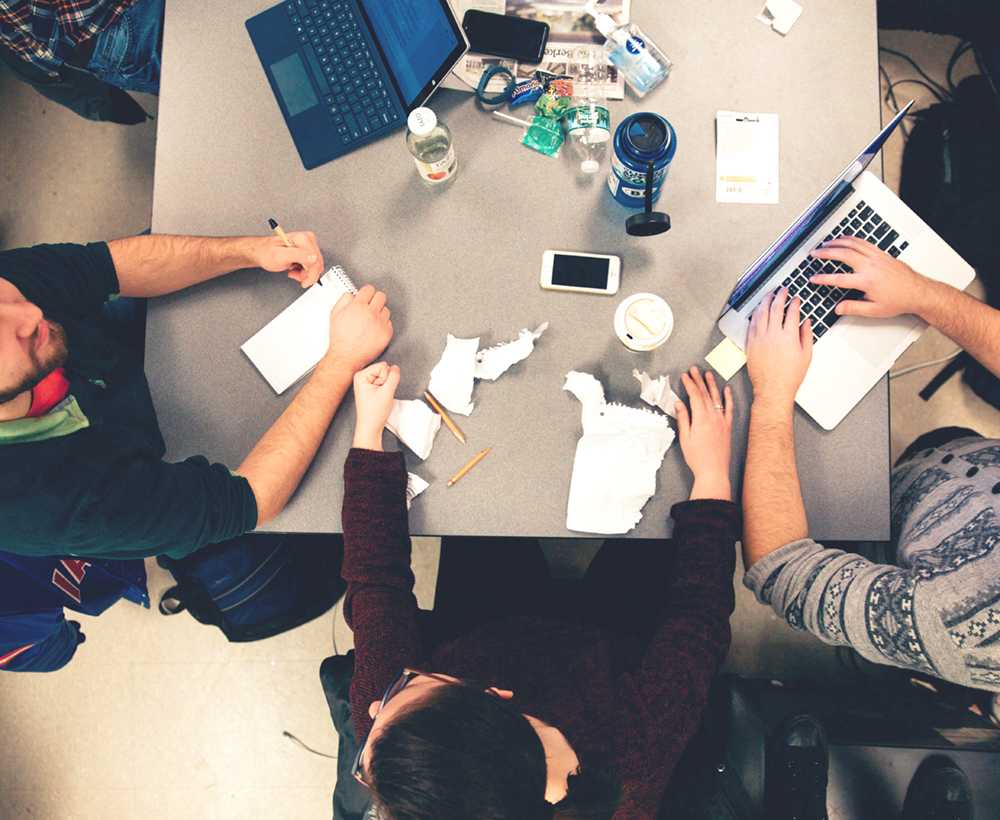 The Women’s Media Center released a report in 2015 documenting the status of women in media. Unfortunately, it found a status quo that has been in place for eons remains relatively unchanged. When readers open up some of the top print publications, they find that women only get 37 percent of the bylines, a statistic static since 1999. When viewers flip on the evening news broadcast, their eyes fixate on men 68 percent of the time. Men dominate on the Internet too, writing 58 percent of online content. Most of these men are white, cisgender, and able-bodied, leaving the invaluable and necessary skillsets of women of color, varied sexualities and identifications, and body types slighted.

Select women of the Berkeley Beacon would like to bring to you their own confrontations with sexism in an industry still caught in the throes of the patriarchy and enamored with old-fashioned notions of gender.

“I was just about to leave one of my journalism classes freshman year. One of my articles had been well-received in class, and so when my professor turned to talk with me, I assumed it would be about my work. My professor told me that I was talented, but if I wanted to be a real journalist, I would have to learn not to dress so nicely. It was clear he meant, ‘not so feminine.’ Men only have their work critiqued, not their wardrobe.” by Jackie Roman, opinion editor

“As a woman, my personality has always been painted bright yellow. As a journalist, other colors have been mixed in—qualifying pigments that make my feminine presence acceptable. Upon entering the field, I quickly learned that in order to be successful my personality would have to be somewhat watered down; ‘I have some follow-up questions’ was instantly changed to ‘I just have some follow-up questions’ in order to not seem too demanding, too bold, or too yellow. It wasn’t until a male mentor chose to not point out the quality of my writing but rather the fact that I wasn’t wearing any makeup that I felt completely translucent.” by Shelby Grebbin, deputy arts editor

“I am a feminist. I’m versed in the vocabulary, I can string together rhetoric to neatly explain to others what it means to be a feminist, to believe in the equality of the sexes. But despite the strength and comfort I find in empowering words, I still find myself shrinking from a sexism I’ve internalized through the years. Traditions, institutions, professors, and mentors have pointed out my quiet, soft voice, my preference for wearing skirts, and my affinity to tell stories about the arts and humanities, and instructed me to change these things. I don’t want to change these things. But note, I’ve also been taught to please, to comply not confront. Imagine: your gender expression acting as a fulcrum for your professional success. I’ll tell you about this, too, how I recently cut my long hair to my shoulders.” by Christina Bartson, managing editor

“I came into Emerson as a film student, and regularly received suggestions on how to operate equipment, or use certain software. Every time, these students were operating under the assumption that I didn’t know how to do my job as well as they did theirs. It was intimidating and uncomfortable. Though journalism is a bit different—no one is going to teach me how to pick up a pen—I still receive unsolicited advice all the time. Anything from a lede to AP style is subject to unnecessary approval. I’ve learned to say thank you and move on rather than confronting the intentions behind this instruction. It would be too exhausting to have that conversation every time.” by Katherine Burns, deputy news editor

“Before my journalism career had transformed into anything other than a college application, a peer—once considered a well-informed friend—objectified the entire industry. I was told I had ‘too much potential’ to waste on the field. It was blatantly explained that he felt my only path to success in such a career was to ‘sleep [my] way to the top.’ Discovering the popular opinion that women journalists have to use sex to accomplish their goals only further determined me to prove him and society wrong.” by Cathleen Cusachs, assistant lifestyle editor

“A male friend of mine from home also majors in journalism and no one ever asks questions.  Somehow his piercings and tattoos can slip under the rug, but my own worth in the industry is based exclusively on what I look like. It feels as if he can express himself in any way he likes and no one doubts his potential to astonish. The only chance I have at a career seems to be succumbing to conformity. The size of my heels or the rips in my jeans don’t define my skills. Maybe I am wrong, maybe blue hair and crops tops are too much, but as far as print journalism goes, my writing doesn’t come with a face. I wish him all the best, I hope he someday has his dream job. I hope I have mine too—winged eyeliner, septum ring, and all.” by Allison Hagan, staff reporter