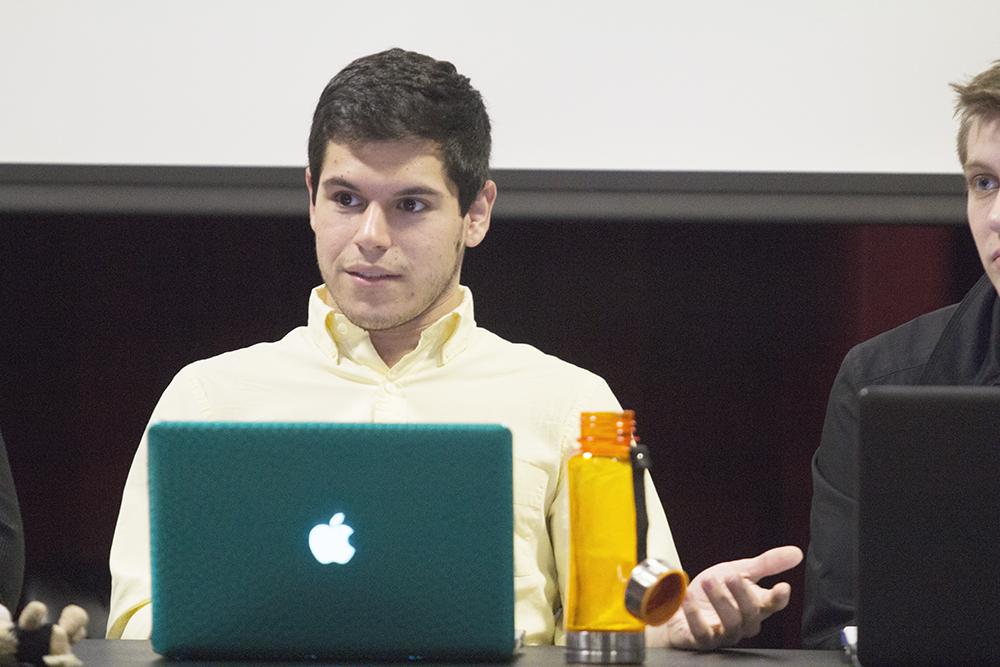 The Student Government Association met in a closed meeting Tuesday to appoint a member to the Inclusive Excellence Committee.  This committee was formed as a part of the Inclusive Excellence Initiative announced during President M. Lee Pelton’s 2012 inaugural address. The group, made up of Emerson faculty, staff members, and a select group of student representatives, will advise Pelton on issues of diversity and inclusion. It is a new committee, created this semester that will meet three times this year, according to SGA President Paul Almeida.

According to the agenda emailed out before the meeting by Almeida, SGA members had the opportunity to nominate themselves to serve on the committee, and gave one or two-minute speeches on why they were qualified. They were then voted on by the rest of the SGA. Non-SGA members were not allowed to be present at the meeting.

According to Almeida, Ernest Lesmana, the SGA’s multicultural commissioner, was selected for the Inclusive Excellence Committee.

The SGA also picked the winners of the Trick or Lee contest it sponsored with Pelton. This vote also took place in a closed meeting.  Until October 20, students could submit ideas for decorating Pelton’s home and creating his Halloween costume.

Freshman Emily White, a performing arts major, was chosen as the winner for the costume design portion of the contest. She will dress Pelton as David Karp, the founder of Tumblr. There were not any submissions to decorate Pelton’s home.

“While this is unfortunate, the house decorating portion of the contest will still be a community-centered event,” said Almeida. “Running this event for the first time has allowed us to gain valuable insight into how to source more submissions next year and run an overall better Trick or Lee program.”

The decorating will now be a community-wide event, hosted by the SGA. This solution was decided on during Tuesday’s meeting. Students can stop by his Beacon Hill residence from 2 p.m. to 3:45 p.m. on Oct. 31 to participate.