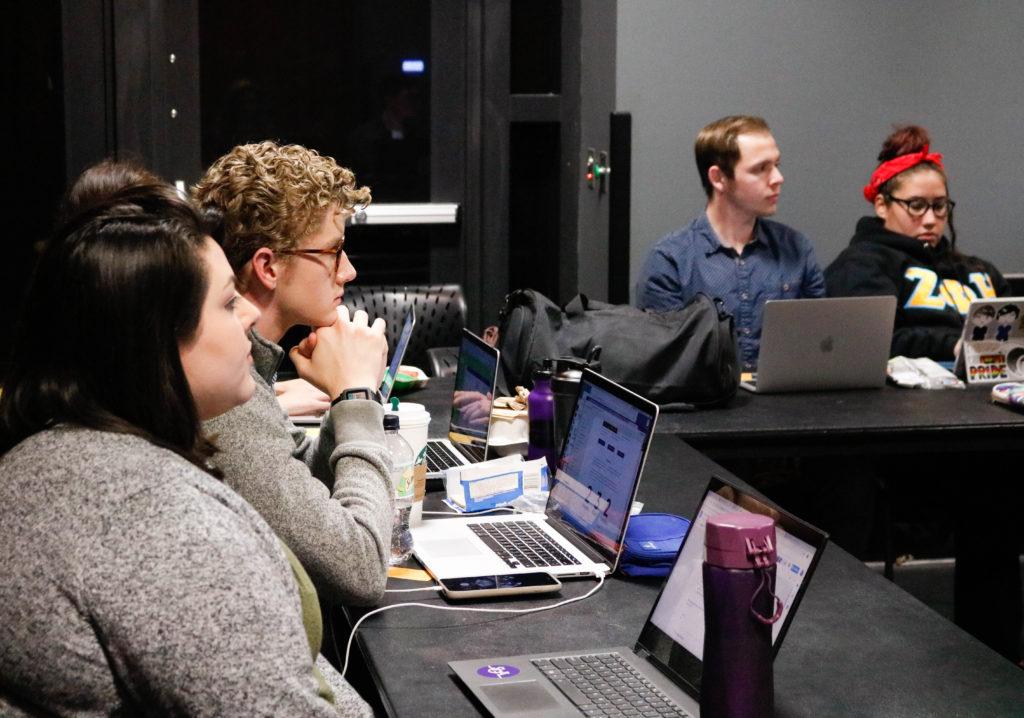 The Student Government Association unanimously appointed the Elections Chair and Deputy Chief Justice along with three commissioners at its Tuesday meeting.

Henderson-West said he wants to make voting in SGA elections more common amongst Emerson students. He said by using student outreach methods such as posters and videos, he hopes to increase the percentage of students who vote in SGA elections by two percent.

“If we can get to like nine or ten percent, I would love that,” Henderson-West said.

As Deputy Chief Justice, Carey will work alongside Chief Justice Lizzie Northey to interpret and enforce the SGA constitution. Carey said her past experiences in leadership roles such as SGA class senator and the President of Future Farmers of America will help her this year. Carey said her experience with SGA procedures gave her the idea to create a cheat sheet of the rules to assist people attending meetings.

Prior to Xiao’s appointment, the Service Learning Commissioner position remained vacant for two years. Xiao said she intends to bridge the gap between the student body, faculty, and the Boston community by working with the Elma Lewis Center for Civic Engagement to present more volunteer opportunities to students.

“There’s a lot of new things that I need to learn, so I feel a lot of responsibility,” Xiao said at joint session.

News Editor Riane Roldan did not edit this article due to a conflict of interest.