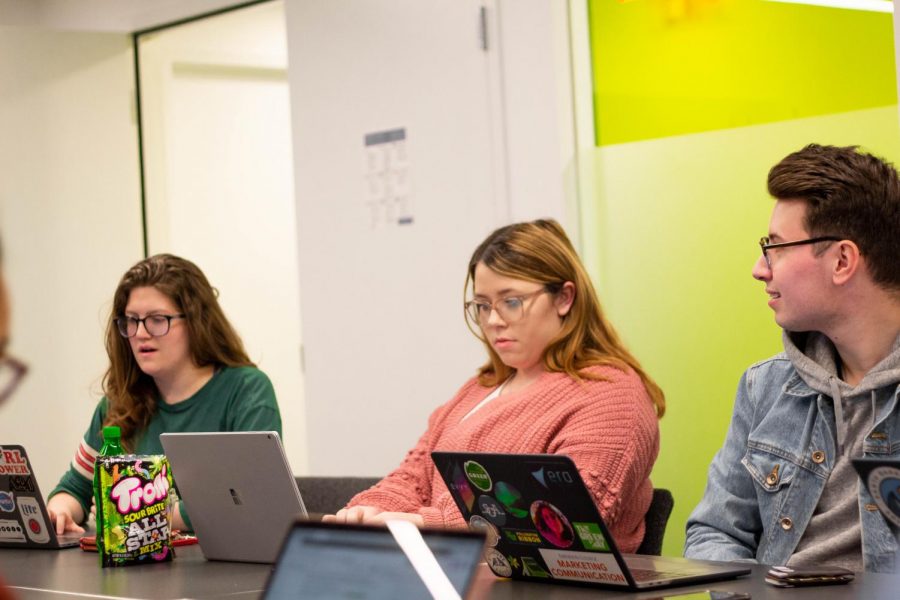 SGA delayed voting on the Financial Equity Board for the third meeting in a row. Photo credit: Montse Landeros

The proposal, which would effectively create a second branch of SGA’s treasury wing that would work alongside the Financial Advisory Board, has been on Joint Session’s docket for weeks and has not yet been addressed by the body due to time constraints.

Members of Joint Session raised many issues with the proposal during the meeting, and Executive President William Palauskas encouraged them to continue marking concerns to the proposal prior to a vote on it.

One concern raised was the validity of bringing in financial experts to FEB meetings when they might not be experiencing the same financial struggles as the students. Other students proposed the organization should not have designated leadership by naming co-chairs, but should instead have members equal in rank. The planned closed-door policy of FEB was also a point of contention.

Eight to 12 students from different financial perspectives will make up the board. Each week, the board will meet to hear student concerns and consult with various outside financial experts, and eventually make recommendations for changes in financial policy to the college. The Financial Advisory Board would still handle treasury policy and budgetary requests.

Semple said the closed-door policy would be to preserve student’s privacy in sharing their financial concerns, but other members were concerned this would appear secretive and not transparent.

SGA advisor Jason Meier was absent at Wednesday’s meeting, and only eight out of 15 voting members were present—the lowest number of members needed to have an official vote.

Semple and Palauskas agreed to call the meeting at the abnormal time to devote more time to the discussion of FEB than would be available during a normally scheduled Joint Session meeting. They said the 9 p.m. start time was when many members expressed availability.

While Palauskas saw Wednesday’s meeting as an opportunity for further discussion; Semple said she was expecting a vote.

“I think we have a very classic Emerson problem where we’re like, ‘we’re not going to do it until it’s perfect,’” Semple said in an interview after the meeting. “FEB currently is not perfect, but it’s really hard to conceptualize something to be perfect. I personally feel that we’re in a position right now where we have the groundwork set to how it can flourish and grow and exist.”

Palauskas, on the other hand, believed the proposal needed more work before it could become an effective group.

“We could have voted on it, Palauskas said. “I think the vote would have been ‘no.’”

Semple said the main purpose of this group is to democratize the conversation around financial issues in the Emerson community, so the Executive Treasurer is not the only voice.

“It was really helpful and productive to get some initial questions out of the way and hear what students are concerned about,” Semple said. “I think we need to think about the difference between the perfect and the good. Nothing is perfect, but there’s a lot of good that can be done by having a financial equity board on our campus.”

Palauskas said he hoped the vote would take place in the next few weeks, but acknowledged that the timeline for approval now appears murky.