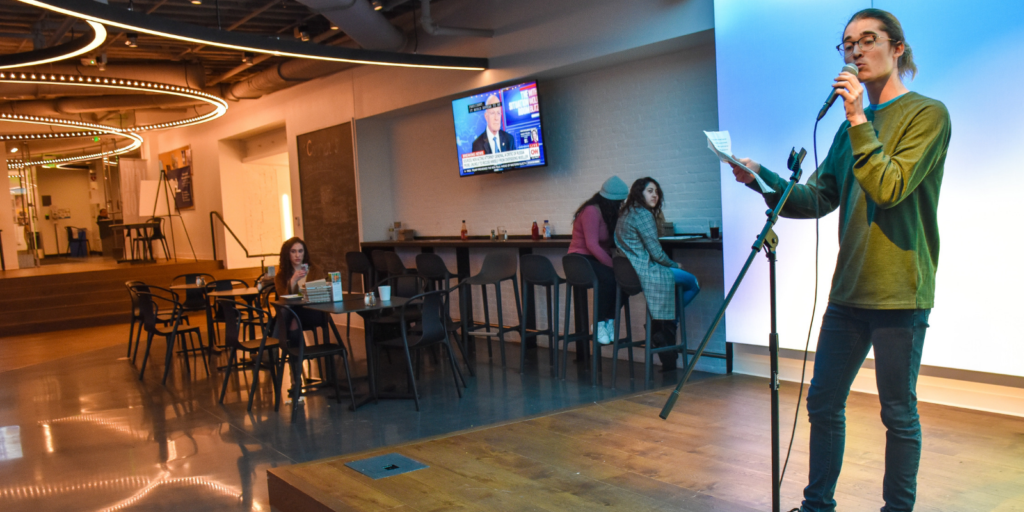 “Last fall we had a lot going on; we had the protests, there were the surveys that were going around,” Henderson-West said. “Emerson as a whole has changed since last fall, and that affects the students as well.”

The number of ballots cast for the constitutional amendments serve as the best metric to gauge election turnout by because all undergraduate students can vote on the issues regardless of major or grade level, according to Executive President Jessica Guida.

Guida said the turnout makes her happy, and she plans to keep working on increasing engagement by evaluating SGA’s successes and failures. Guida also said she hopes to further student awareness of SGA elections with efforts such as potentially posting descriptions of positions online.

“I think that notes that we’re heading in a good direction, and there’s still more that we can do,” Guida said. “But I’m excited to have seen that jump and to keep going.”

“It’s not where we need to be at all, but it’s there. It’s a motion that went positively,” Moayed said.

As the fall election cycle winds down and the spring semester approaches quickly students will soon get the chance to elect candidates to executive positions such as executive president, executive vice president, and executive treasurer. Last year 7 percent of undergraduates, 251 students, voted in the presidential race.

“I’m thrilled to see the results from this year [the results] more than quadrupled. That’s super exciting,” Mandt said.