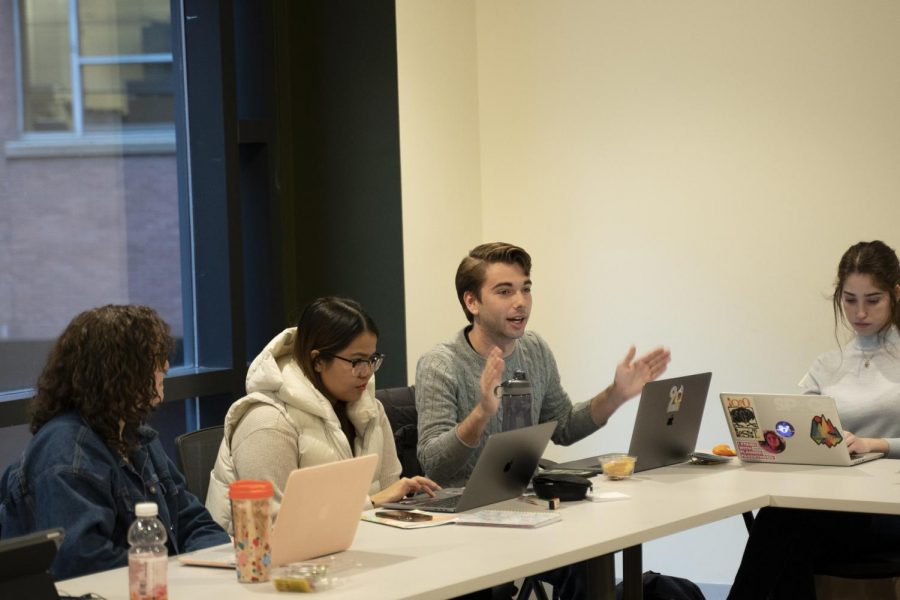 While the change was not on their agenda, SGA eliminated bylaw 302 sections 2a, 2b and 2c, which had previously established the requirement for prospective candidates to acquire 50 signatures from Emerson students to secure a spot on the ballot. Candidates no longer have to receive endorsements to run for a position in SGA.

Chief Justice Joseph Johnson said in an interview following the meeting that the change to eliminate the signature requirement was part of a broader effort to streamline the election process and ensure future elections are completed in a timely manner. Streamlining the process, according to Johnson, will allow SGA to run elections closer to how they are laid out in the constitution, something he sees as a pressing issue.

“What we’re doing is wanting to stay on track more this year with the elections, and we think eliminating those 50 signatures would really help us keep things on track,” he said.

Johnson declined to comment when asked about what changes would be made to the election process following an investigation by The Beacon that showed that Executive Treasurer Abigail Semple was elected despite not receiving a majority of the vote, after the two candidates who finished ahead of her declined the role.

SGA also approved an appeal from the Emerson Forensics Society for additional funding to travel to Tokyo and compete at the International Forensics Association. The appeal totaled $14,008.74, which the Financial Advisory Board approved last week.

Joint Session also briefly went over the approval of an appeal from the Emerson Hip-Hop Society, which happened via a virtual vote on their Slack channel last Thursday night. Hip-Hop Society’s appeal totaled $14,738. Executive Treasurer Abigail Semple said the two appeals leave SGA with approximately $89,000 in their appeals account, which began at $225,000 for the academic year.