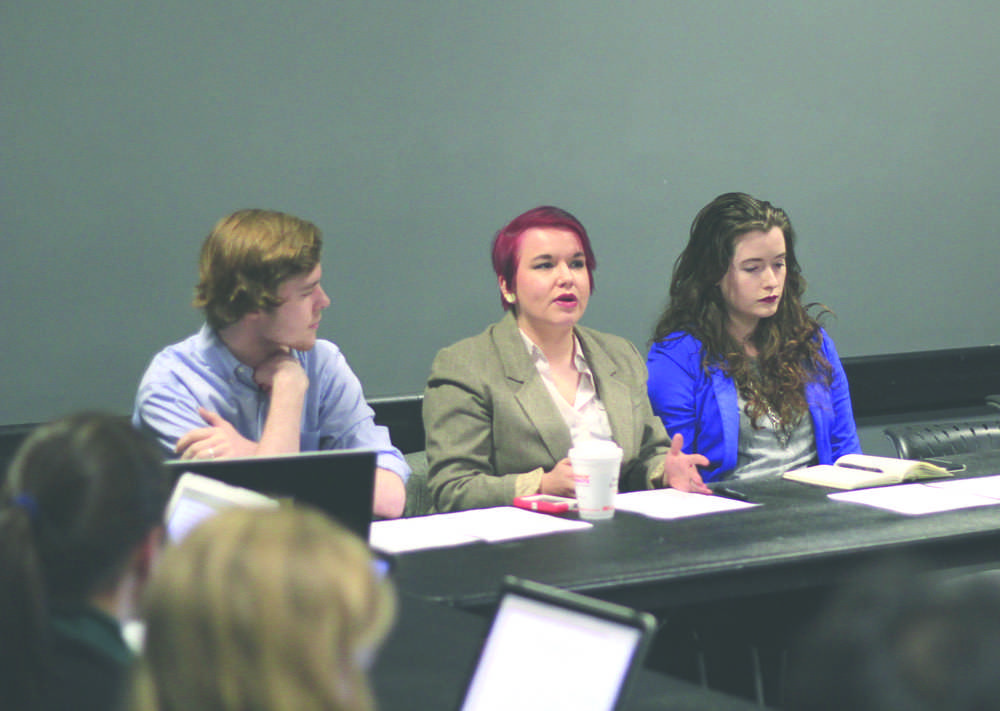 The Student Government Association approved an appeal for funds for the Emerson Poetry Project, the college’s only performance poetry club. The appeal was for $4,857 to help fund a five-day trip to the 2014 College Unions Poetry Slam Invitational, or CUPSI, and was approved unanimously in the SGA’s Feb. 4 meeting.

Members fundraised through a series of poetry slams, where members of EPP competed to attend CUPSI. Admission was $5, and they raised $475 through tickets, according to Collier. The other $25 was from laptop sticker sales at the events.

The $6,557 will cover the registration fee, a portion of the airfare and hotel rooms, and a per diem of $35 for each of the five competitors, coming in under the SGA maximum of $40, according to vice president Kassandra King. The students and coaches will still pay $45 for their flights, and the coaches will pay for their food and any other personal expenses, according to the appeal packet.

“We’re really humbled and really honored that everyone [on SGA] is so open and willing to give us this money,” Collier said in an interview.

EPP applied for an appeal for a trip to CUPSI last year, which was also approved. However, according to Kleiman, this is the first year that students are not paying the entire amount of their travel costs.

The club asked for more money in its appeal this year because of the increased amount needed to fly to Denver; last year, they took buses to Barnard College in New York. They were featured in a group showcase during last year’s competition.

“Having them give us this kind of chunk of money is really awesome,” Kleiman said in an interview. “It shows how far we’ve come as an organization.”

This was SGA’s first appeal of the semester.