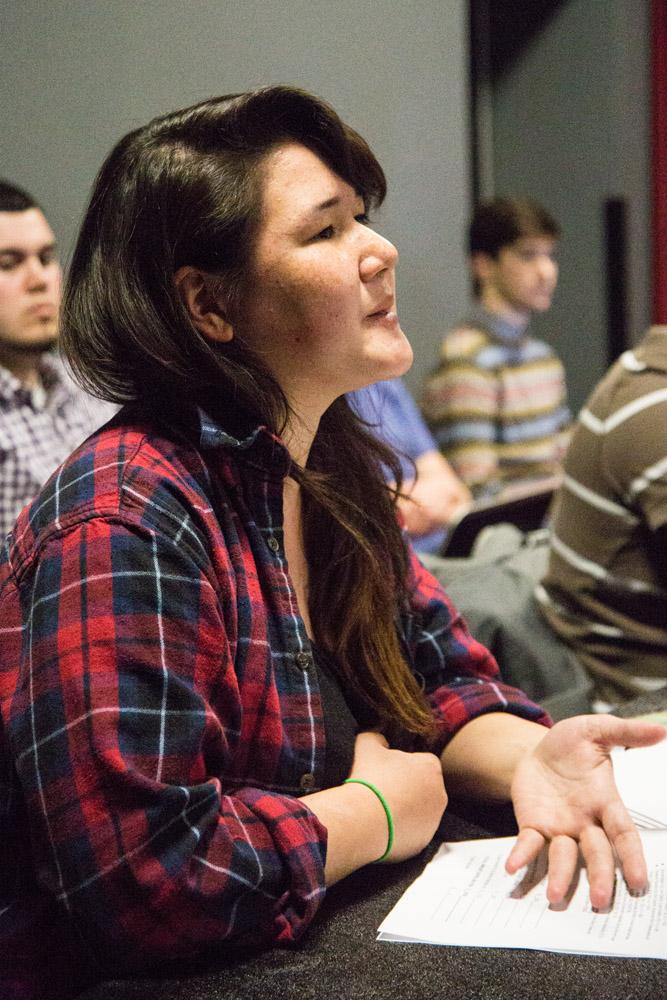 The Student Government Association unanimously approved appeals by the EVVY Awards, and Asian Students for Intercultural Awareness, or ASIA.

The EVVY Awards was allocated $13,706 for lighting equipment, according to producer Tara Heaslip. The organization’s appeal came after what the senior visual and media arts major called extensive efforts to get more funds outside of SGA due to increases in prices, like renting the Cutler Majestic Theater.

Heaslip said efforts taken to try to keep the appeal amount down included raising ticket prices by $5, which will raise an estimated additional $5,000. The organization also asked for, and received, $65,000 from the visual and media arts department, which in past years has donated $60,000, according to Heaslip.

Since the EVVYs are funded by the VMA department, it does not receive money for a budget from SGA, according to the appeal packet. The organization appealed for and received $13,255 from SGA last year.

The EVVYs also sells ads in its playbills, but typically only solicits them after nominees are announced, to get family members to buy space for congratulatory messages, according to Heaslip. However, she estimated that the ads would bring in about $1,500, based on last year’s figures. The cost of production is $115,139, according to the appeal packet.

Alicia Carroll, the visual and media arts senator, who said she has worked on the EVVYs for the past two years, spoke in favor of the appeal.

“From working on the EVVYs, I can honestly attest to the fact that it does cross departments, and it does involve a lot of people, and it’s a staple of Emerson,” said Carroll, a sophomore visual and media arts major.

ASIA was allocated $4,150 to bring Arun Gandhi, Mohandas Gandhi’s grandson, to speak about nonviolence at Emerson. The event will take place April 7 at 7 p.m. in the Bright Family Screening Room, according to the appeal packet.

Leeanne Dillmann, the vice president of ASIA and a junior political communication major, appealed for the funds. Dillmann said ASIA did not itself fundraise toward the $6,500 total needed for the speaker. According to its appeal packet, the organization received $1,000 from the Office of Student Life.

It also received $350 total from other organizations, such as Emerson’s Black Organization with Natural Interests, a co-sponsor of the event, and Emerson International. ASIA will also use $1,000 out of its own SGA-furnished budget, according to Dillmann.

SGA Vice Treasurer Hilary Fan, a freshman marketing communication major, asked during the appeal why there was no fundraising money being used for the speaker. Dillmann said that ASIA’s fundraising in the previous semester was not intended for Gandhi, but was instead used to donate to typhoon relief.

Dan Goldberg, the class of 2017 president and a freshman visual and media arts major, spoke in favor, saying that the amount ASIA was appealing for was small and that the speaker would be beneficial.

No one spoke against the appeal.

After the appeals, SGA closed the meeting to vote on the ERA award for Emersonian of the Year.