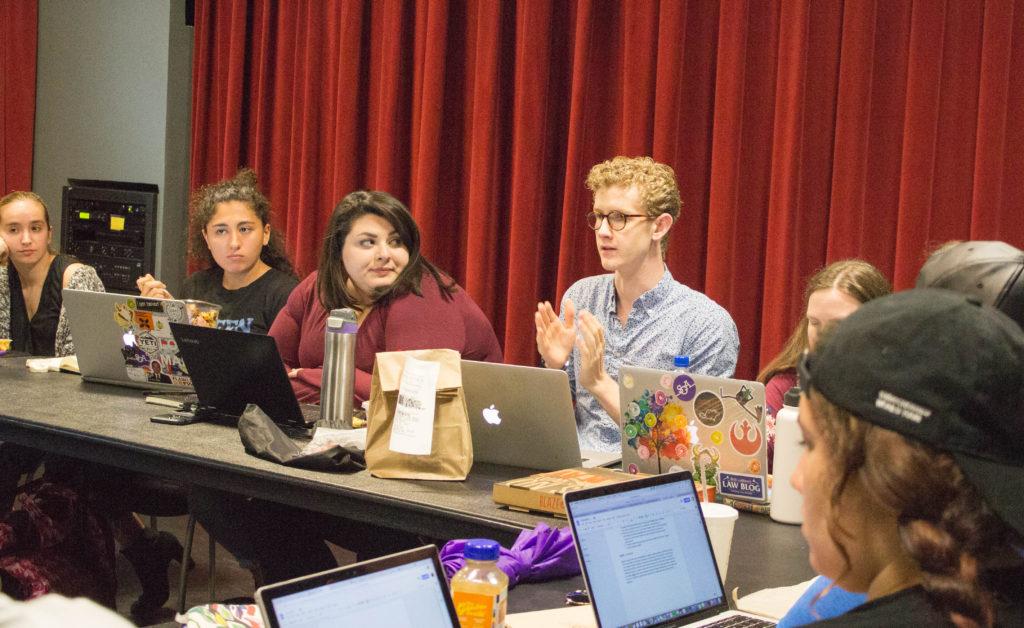 “We have been asking the college to be more transparent with what they do financially,” Levin said. “We figured we want to offer that to student organizations.”

Mandt said the treasury team sent a survey to all SGA-funded organization leaders at the beginning of the semester to ask how they felt about releasing their budgets publicly. About 40 people responded to the survey with an equal amount of answers in favor and against. Most of the organization leaders who voted against transparency indicated that releasing budget info would create tension among other organizations, Mandt said.

“We don’t want the numbers of a budget becoming a contention point, and we can already see that happening even without us saying that that was a possibility,” Mandt said in an interview. “We see [the document] as a solid way to expand transparency and put out more information about how much money is allocated.

Mandt said students can find the Financial Advisory Board’s bylaws on SGA’s website if they have questions about how organizations acquire and spend their money.

The Emerson Channel’s fall 2018 Director of Programming Jillian Anderson said she would like to see more transparency in organizations’ budgets.

“Part of the reason people are paid differently [in their jobs out of college] is that we’re trained to not disclose our payment to others, but what that really does is keep people down and contributes to inequality,” Anderson said. “That still translates here with Emerson—are certain organizations getting more special treatment than others?”

Deputy General Manager of Emerson Independent Video Nicholas Thilo-McGovern said he and the rest of the EIV executive board opposed the transparency. He said students should put more pressure on the college for transparency and not on SGA.

“I’m not saying I don’t want to share the [budget] information, I just think there’s a larger issue here,” he said in an interview. “People’s grief [with the lack of transparency] is very valid and I share that, but it’s not with SGA and it’s not with the students.”

“If SGA didn’t trust us to spend the money properly, they wouldn’t give us the money in the first place,” she said in an interview. “Hanging us out to dry isn’t the solution here because honestly, I don’t think the average Emerson student cares about how much EIV gets.”

Pellicer said she thinks the move for transparency would take pressure off of the college because students would pay more attention to how organizations spend money instead of the college.

“I think it’s more of a ‘here’s your transparency, go look over there’ type of thing,” she said. “We haven’t actually solved anything, but now the student body has something to look at.”