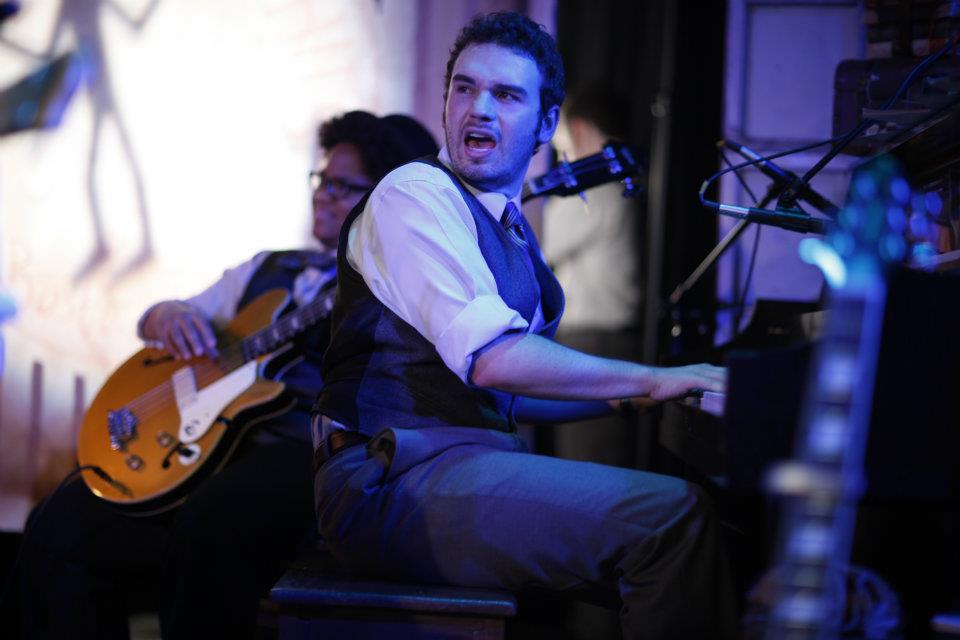 New Orleans is engulfed in a haze of soul. Rising steam from the jambalaya blends with the savory sounds of jazz and robust funeral brass sections to create that unforgettable New Orleans musk of passion and perfume.

The city is bursting with thespians, so it’s not surprising that this year Emerson’s Shakespearean Jazz Show has been invited to perform alongside an All Things Shakespeare production of The Winter’s Tale and Tom Stoppard’s Rosencrantz and Guildenstern are Dead during The Shakespeare Festival at Tulane University from July 19 to 22.

Among brightly colored two-floor buildings near the French Quarter, The Shakespeare Festival at Tulane University is the only professional theater group in the Gulf South region dedicated to performing the works of William Shakespeare.

The Shakespearean Jazz Show was founded by Alex Ates with the help of Patrick Greeley, the group’s composer and musical director. Ates is a native of New Orleans. Nostalgic for his home, he decided to combine his passions for theater, jazz, and The Big Easy. Ates is the president of the Emerson Shakespeare Society, where the Jazz Show first found a home.

“The idea was born out of the French Quarter,” said Ates. “There I saw some of the most amazing performers of my life. I remember watching them and thinking , ‘ I wish I could act that way. I wish I could be that free when I was doing theater.’ ”

The lyrics were lifted from various pieces from Shakespeare, with a few adjustments to fit the musical approach. The show finds strength in ideas that seem to oppose each other, Ates told the Beacon last semester, when the show first debuted at Emerson.

“Shakespeare has a stigma of being very strict and rigid, whereas jazz is loose and free,” he said. “So there was a curiosity of what would happen if we melded the two together.”

The band — comprised of drums, alto sax, trumpet, banjo, a fiddle, piano, base, five vocalists, and small group of puppeteers that act out the music through vintage shadow puppets fosters a multidimensional experience. Because there is no direct storyline, the show flows by the rhythms of the music.

Every musician doubles as a performer, delivering dialogues in between songs. Although jazz and Shakespeare may not be an obvious match, the soulful lyricism of the music blends with the structured flow of Shakespeare’s language, creating a dialect of its own. Ates said the performance follows a loose but powerful dramatic structure.

“Every musician adopts a character, and they really do a lot of studying of the texts. We like to start off the first act happy and then, in the middle, there is a moment of crisis,” said Ates. “Then the songs — I don’t want to say they are dark, but the mood definitely changes. This is then followed by a moment of catharsis and a denouement, the big finale.”

This distinctive structure attracted the attention of ArtsEmerson. The Shakespearean Jazz Show was invited to perform pre-show entertainment before Amerville in March. From there, Ates sent a video of the group’s concert for ArtsEmerson to the directors of The Shakespeare Festival who decided that the group is a good fit for the festival. Since then, the Jazz Show has created a team for fundraising to ensure that everyone will be able to afford the trip.

Although the band blends many different mediums in their work, the New Orleans flare is ingrained in every note.

“I really enjoy traditional jazz bands,” said Ates. “In New Orleans, Preservation Hall has become kind of a tourist attraction but they still have the virtuosos of traditional jazz perform there … I’ve looked up to these traditional bands. Their performances are very much theater.”