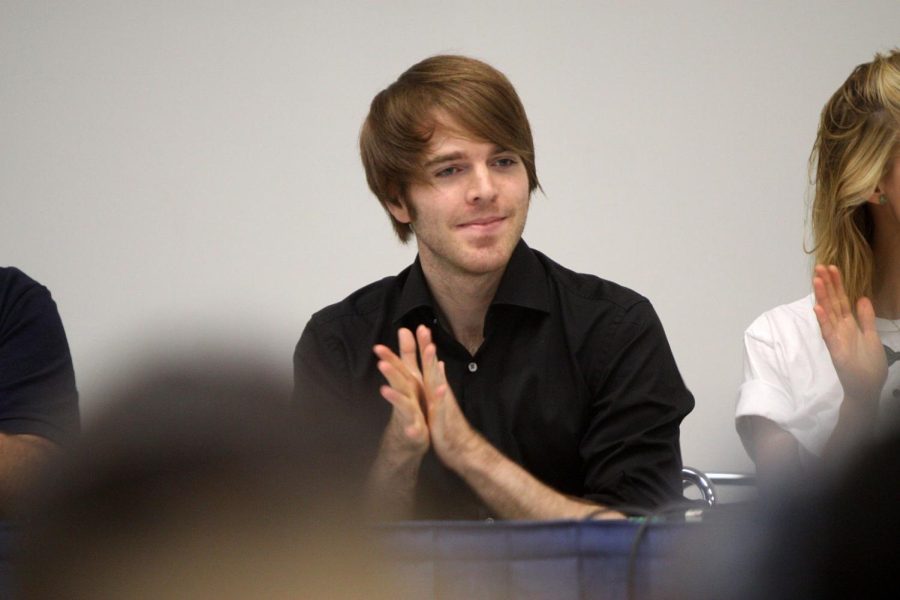 It’s August 2018, and Shane Dawson’s “The Secret World of Jeffree Star” is premiering to millions. Jeffree Star is known for his controversies, but if anyone can fix his reputation, it’s Shane. For a day, the internet paused to see the newest career-boosting documentary, and viewers walked away with a different perception of the notorious Jeffree Star.

Today, the video has over 50 million views. Two years after the premiere and massive success of the Jeffree Star docuseries—a five episode series, the YouTube community watched Shane Dawson cancel himself into oblivion.

Dawson had reached massive stardom despite his rocky past, and as a former fan, I genuinely didn’t think he would ever truly be canceled. The internet community had already forgiven him for some of his actions, so why would he be canceled in the future?

The impossible did happen, though, and Shane Dawson was chased out of his top-dog spot. Since then, he has returned to YouTube, but doesn’t amass the millions of instant views he used to and the community is not at all welcoming towards him, and rightfully so.

Despite an attempt at an apology, it seems Dawson’s days atop the YouTube mountain are permanently over due to his inability to take accountability for the numerous missteps he’s made throughout his career. What are those missteps? Let’s take a look at Dawson’s history:

Dawson joined YouTube in 2008, and much like another creator on the platform named Onision, focused on shock jock offensive content that was part of the humor at the time.

From the very beginning, the content that propelled Shane Dawson into fame was highly offensive. Undeniably, Dawson’s racist “Shanaynay” character is what brought in his massive audience in the 2000s. Shanaynay is a character Dawson portrayed while wearing blackface, while feeding into racist stereotypes and says the n-word to make her “funny.”

For years, fans, mostly young fans, loved Shanaynay and would send Dawson fan art of the character and buy merchandise with her face. Years later in 2014, Dawson apologized for his racist actions, and the apology was generally well-received by the YouTube community.

Here’s where I, as a writer, have to admit that I was one of the people that accepted it. I was 14 at the time, and had only started watching Dawson after he had stopped posting Shanaynay videos. At the time, I stopped watching other offensive content creators like Onision because they wouldn’t apologize, so Dawson’s apology meant a lot to me as a young and impressionable viewer.

I realize now, that as a white woman, his apology was never mine to accept. Dawson’s apology meant nothing because he would just pivot to make content that was offensive in other ways.

Soon after this 2014 apology, Dawson would shift his content from skits to his yellow thumbnail phase, where he would post dumb videos eating weird foods or doing challenges with other content creators. Dawson’s channel suffered for a while with this type of content. Then in 2016, Dawson uploaded one of his first conspiracy videos, titled “CELEBRITY CONSPIRACY THEORIES.”

For the first time in his entire career, Dawson’s content was on YouTube’s trending tab, and as his content began to incorporate more and more conspiracy videos that brought in more and more views.

In November 2017, the yellow thumbnail era officially ended, and Dawson pivoted into docuseries content as well as conspiracy content.

This first docuseries video focused on Dawson himself and his relationship with his father. From there, Dawson would go on to post documentary-style videos about his hater Bobby Burns, GRAV3YARDGIRL, Tana Mongeau, Jake Paul, and two separate series on Jeffree Star.

The documentary-style content Dawson was publishing led to the peak of his career. He seemed like an unstoppable force that was taking over YouTube itself; and then came the cat incident.

The cat incident of 2019 was the first time in years that the general public had called Dawson on his problematic behaviors. The cat incident refers to a clip that went viral of Dawson in 2015 on his podcast “joking” about having sex with his cat when he was 19.

The same year, Dawson played a role in “Dramageddon 2.0.” Dramageddon 2.0 refers to the incidents of summer 2019 where Tati Westbrook accused James Charles of sexually harassing minors and just not being a very good friend to her after he partnered with her rival company’s product.

Dawson wasn’t directly involved in the conflict, but he did publicly support Westbrook and trick viewers into thinking he was going to talk about the Dramageddon in the second Jeffree Star series.

For the next year, Dawson was insanely successful. He even launched a makeup line with Jeffree Star, which immediately sold out.

The next summer, Dawson seemingly brought on his own destruction. In June 2020, fellow content creator Jenna Marbles posted a video apologizing for her past actions and announced she would be leaving the platform.

Dawson admits in his apology he was inspired by Marbles’ video, and took it as a “sign from the universe” that he should upload his own apology video titled, “Taking Accountability.”

The reason Dawson’s apology fails is that he doesn’t actually take accountability. As a former fan of Dawson’s, the main reason this apology doesn’t sit right is that he’s trying as hard as possible to separate himself now from the person who posted those videos. Dawson makes comments about how much he hates the person he was and how he doesn’t like seeing that version of himself.

As a viewer, it feels like he’s doing everything in his power to say, “Look guys, I’m not that person anymore so you have to forgive me.” He’s not acknowledging that he is that person, and that he always will be, even if he has changed. He doesn’t have a doppelgänger who was uploading offensive content to YouTube in 2010, it was all him.

At the time, no one was calling for an apology from Shane Dawson. He was still arguably one of the most popular creators on the platform, but his apology made fans who didn’t know about his offensive history start digging into it.

One of the first things people dug back up was an old scandal once again from a podcast where Dawson spoke about how sexy a six-year-old Instagram star was. After that comment, Dawson backtracked and added, “Having sex with children or touching children is terrible and you should not do it. But here’s my thing: people have foot fetishes. People have fetishes about everything. Why is it that when someone Googles ‘naked baby’ on the internet and jerks off to it they can get arrested? I don’t understand that.”

Somehow, it only gets worse from there. After this clip resurfaced, the internet dug up an old “comedy” show called “Hey It’s Milly” from Dawson and the Fine Bros where a puppet who was supposed to be an eight-year-old would make constant inappropriate jokes. Milly would constantly “joke” about the abuse she suffered from her family, touch herself inappropriately, ask Dawson to have sex with her, and make sexual jokes.

At one point, in a video with both Dawson and Milly, Dawson pretended to motorboat the puppet. Fans of Dawson look for any excuse to defend him, and often say because it was only a puppet it doesn’t matter.

This kind of behavior normalizes pedophilia, and for children who stumble across this content, it could make them think sexual abuse they face from adults is normal. Just because it’s only a puppet doesn’t mean it’s harmless, there is intent and a message behind it.

When household name celebrities get involved in YouTube controversies you know it’s a big deal. The Smith family calling Dawson out only served to bring more eyes to his downfall, but Dawson dealt the final blow to himself.

A mere four days after his apology, Dawson went live to react and call out Tati Westbrook. Westbrook had come forward a year after Dramageddon to claim that Dawson and Star manipulated her into lying about James Charles because the pair were threatened by how fast he was growing.

In the livestream, Dawson screams at his TV screen that Westbrook is lying, and that, “[she is] so manipulative. [She’s] fake crying. [She is] fake crying, that is not real. Oh my god.”

Dawson ended the livestream after his fiance yelled at him to turn it off, and that was the last we heard from Dawson for a long couple months. While the internet is still massively divided on the Dramageddon situation, fans and critics alike didn’t take well to how unhinged Dawson came across in the livestream.

Now, well over a year later, Dawson is back to posting on YouTube. His videos don’t do nearly as well, and according to fans, are just as offensive as his old content was. Clearly, nothing has changed. Dawson is one of the few examples of a canceled YouTuber facing some kind of consequences for their actions.

Dawson was one of the original creators on YouTube, and had escaped controversy over and over again. Somehow, he’s now the creator from Dramageddon to have taken the most damage, and he was the least involved.

Dawson brought on his own demise by apologizing horribly and continuing to make offensive content long after he said he would stop. Maybe one day he’ll realize the meager views he’s raking in isn’t worth it and leave the platform for good, but until then we’re stuck with YouTube’s racist old Grandpa.